Profiles in History has announced over 1,000 lots from the personal and professional life of Hollywood legend, Liza Minnelli, will be going up for auction at Love, Liza: The Auction in Los Angeles. The auction will also include items from her iconic parents, Judy Garland and Vincente Minnelli. The auction will be in late May. A portrait of a young Liza Minnelli. (Photo courtesy of Profiles in History.)

Liza Minnelli said, “Throughout my long career I have collected wonderful possessions and memorabilia and now I’ve reached a point in my life where I want to simplify and share with my fans who have always been there for me. Without their unending love and support, none of this would have been possible. I hope my fans will be thrilled to not only have a chance to own a piece of my history but also that of my mother and father — Judy Garland and Vincente Minnelli.”

“I am thrilled to bring Liza’s collection to auction!” said Joe Maddalena, CEO of Profiles in History, “This is exciting on so many levels: there’s Liza the Hollywood star, the socialite fashion icon, daughter of legendary actress Judy Garland and Oscar-winning director Vincente Minnelli.  She’s as close to American royalty as one can get, and we have an incredible array of items spanning her childhood and illustrious career. This sale will have something for everyone.”

The public will get a once in a lifetime chance to see all the highlights at Love, Liza: The Exhibit, a blockbuster exhibition at The Paley Center for Media in Beverly Hills. The exhibit, which is free and open to the public, will run at the Paley Center April 4 – April 29. Profiles in History will unveil an exhibit that showcases the legendary career of one the world’s greatest performers.

“The Paley Center is thrilled to present this wonderful, exclusive exhibit that captures the magic of Liza Minnelli, one of our most beloved entertainers,” said Maureen J. Reidy, the Paley Center’s President & CEO. “Love, Liza: The Exhibit is one of the many incredible free and open to the public exhibits the Paley Center presents year round, giving fans a rare, up-close look at the artistry and creativity of their favorites stars and television shows.”

A check written by Liza Minnelli to Andy Warhol. (Photo courtesy of Profiles in History.)

Halston, who launched his womenswear label in 1968, came to define American Style in the 1970s with his hip, urban chic designs worn most prominently by friend, muse, and fellow Studio 54 habitué, Liza Minnelli. There will be a special room in the exhibit celebrating Liza’s relationship with designer Halston and Studio 54.

“We are ecstatic that so many of Halston’s custom creations will be shown at Love, Liza” said Angela Pih, CMO of Halston Heritage. “Halston was a huge part of Liza Minnelli’s life. They were very dear to one another. He was known to say on uncountable occasions, “Whatever makes you happy, honey. I want you to shine, Liza. Leave it to me.’ Each garment was uniquely designed and created for Liza. Halston became Liza’s mentor in all things related to style and she saved hundreds of his creations.” 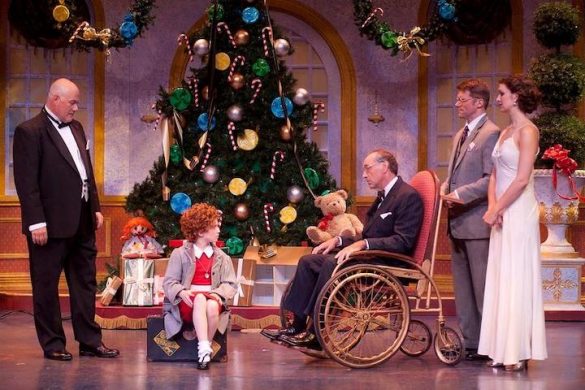