Top Posts
‘Company’ to Hit the Road on North American...
Meet the Full Cast of ‘Shucked,’ Coming to...
Full Cast for ‘Parade’ Announced
Stephen McKinley Henderson Gives the Performance of His...
The McKittrick Hotel Announces the Return of ‘The...
Broadway Stars Honored with Academy Award Nominations
Taylor Trensch, Danny Wolohan, and More Join the...
A Gay Road Trip Comes to The Brick...
Maude Apatow of ‘Euphoria’ is the Next Audrey...
Tony Award Winners to Star in ‘Hercules’ at...
Home Reviews “13” Movie Review: A Disappointing Netflix Adaptation of Cult Musical
Reviews 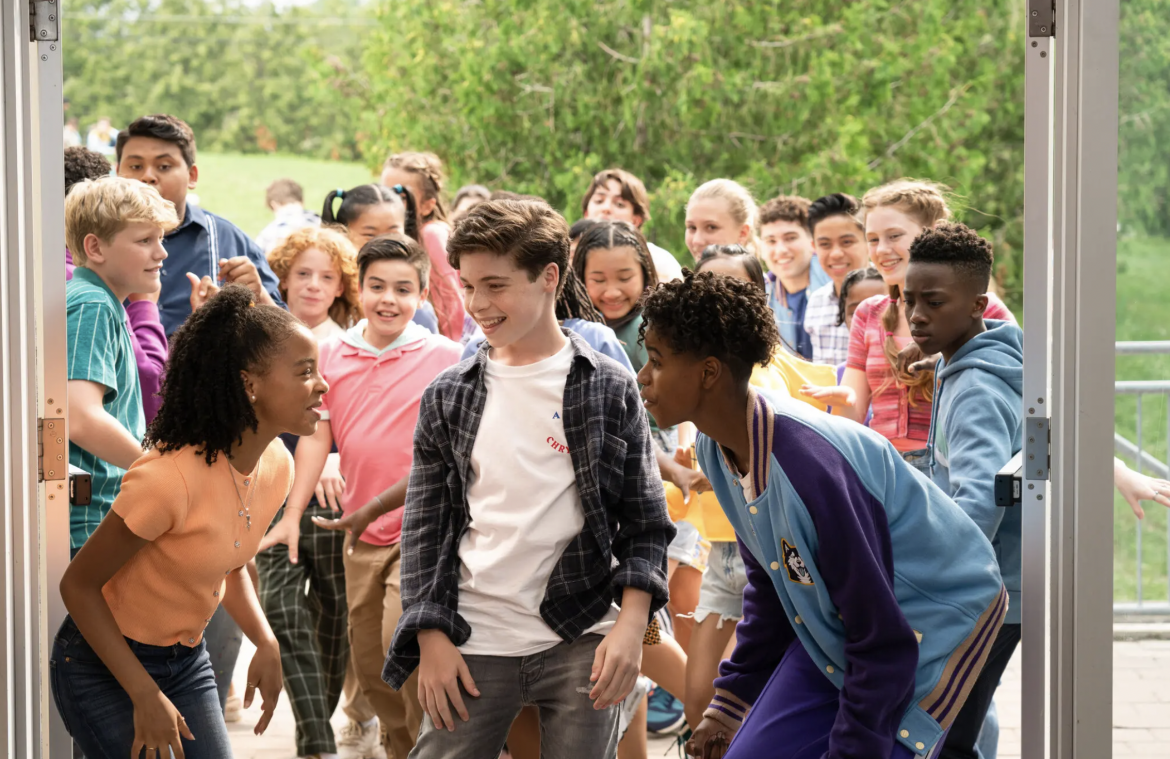 A scene from “13: The Musical” from Netflix

Only Jason Robert Brown would write a whole musical about a popular kid who everyone likes and is, ya know, just generally a cool dude.

That’s the strange task handed to Eli Golden, the very talented star of Netflix’s new musical 13, which is adapted from Brown’s cult 2008 Broadway musical of the same name.

Golden must sing and dance impeccably, which he does. He has to seem likable and just generally pretty chill, which he does. But the oddest thing about this protagonist, Evan Goldman, is the 13 year old’s near-total absence of flaws or inner conflict. It’s much the same story with the other kids Evan meets along the way — they all seem like a really nice, pleasant bunch. Trying to build an engaging story around such an un-hassled group of characters proves a central flaw this film cannot overcome.

Technically, Evan does hit some speed bumps. As the story begins, his mother Jessica (Debra Messing) is moving Evan from New York City back into her mother’s home on Wyoming, after Evan’s father cheated and their marriage collapsed. Stuck in a new school in the middle of nowhere, Evan must make new friends quickly, lest his bar mitzvah end up the lamest party in town.

But then Evan makes friends pretty easily. There is some tension around holding onto his nerdier friends while still staying in with the “cool kids.” But all of the kids, cool or not, kind of blend together. Everyone is talented, but no child performer stands out except for Golden.

The songs also feel one-note. Strong choreography by Adam Santelli helps a few songs, like the opening number “13” and the ensemble showcase “Bad Bad News,” gain a bit of life. Mostly they blend together and fade from the mind quickly.

One plot line gives a vague hint of some sharper edges Brown might have explored more fully. The kids collectively dislike one member of their friend group, Lucy, for reasons unclear, and band together to tear Brett, the most popular kid at school, away from Lucy — and into the arms of his true crush, Kendra.

In one bizarrely out of place moment within an otherwise warm and cuddly movie, the group all celebrate Brett and Kendra getting together before he has even broken up with Lucy, then collectively laugh at Lucy’s resulting devastation.

“You ruined my life!” she declares to Evan.

“I think you ruined your own life,” comes his dark reply.

While this scene had no place in this pleasant little movie, it unfortunately is truthful. Kids are horrible to each other. They are mean, sometimes for no reason. And their dramas, major or minor, feel to them like the end of the world. If 13 had captured that teen intensity, even with the same storyline, it might have been far more engaging. Instead, the movie just kind flits by, a minor nothing that leaves no lasting impression at all.