Top Posts
‘Company’ to Hit the Road on North American...
Meet the Full Cast of ‘Shucked,’ Coming to...
Full Cast for ‘Parade’ Announced
Stephen McKinley Henderson Gives the Performance of His...
The McKittrick Hotel Announces the Return of ‘The...
Broadway Stars Honored with Academy Award Nominations
Taylor Trensch, Danny Wolohan, and More Join the...
A Gay Road Trip Comes to The Brick...
Maude Apatow of ‘Euphoria’ is the Next Audrey...
Tony Award Winners to Star in ‘Hercules’ at...
Home Buzz 2015 Drama League Award Nominations
Buzz

First awarded in 1922 and formalized in 1935, The Drama League Awards are the oldest theatrical honors in America. They are the only major theatergoer awards chosen by audience members — specifically, by the thousands of Drama League members nationwide who attend Broadway and Off-Broadway productions.

OUTSTANDING PRODUCTION OF A BROADWAY OR OFF-BROADWAY PLAY

The Curious Incident of the Dog in the Night-Time
By Simon Stephens, based on the novel by Mark Haddon
Directed by Marianne Elliott
Ethel Barrymore Theatre

OUTSTANDING REVIVAL OF A BROADWAY OR OFF-BROADWAY PLAY

Elisabeth Moss in “The Heidi Chronicles” (photo: Joan Marcus via The Broadway Blog.)

Tamburlaine, Parts I and II
By Christopher Marlowe
Edited and Directed by Michael Boyd
Theatre for a New Audience

This Is Our Youth
By Kenneth Lonergan
Directed by Anna D. Shapiro
Cort Theatre

You Can’t Take It with You
By Moss Hart and George S. Kaufman
Directed by Scott Ellis
Longacre Theatre

OUTSTANDING PRODUCTION OF A BROADWAY OR OFF-BROADWAY MUSICAL

An American in Paris
Music and Lyrics by George Gershwin and Ira Gershwin, Book by Craig Lucas
Directed by Christopher Wheeldon
Palace Theatre

It Shoulda Been You
Book and Lyrics by Brian Hargrove, Music and Concept by Barbara Anselmi
Directed by David Hyde Pierce
Brooks Atkinson Theatre

OUTSTANDING REVIVAL OF A BROADWAY OR OFF-BROADWAY MUSICAL

Into the Woods
Music and Lyrics by Stephen Sondheim, Book by James Lapine
Directed by Noah Brody and Ben Steinfeld
Roundabout Theatre Company

On The Town
Music by Leonard Bernstein, Book and Lyrics by Betty Comden and Adolph Green
Directed by John Rando
Lyric Theatre

NOMINEES FOR THE DISTINGUISHED PERFORMANCE AWARD
One winner is selected from this category.  The recipient can only receive this award once during his or her career.

Andy Karl, Kristin Chenoweth and Peter Gallagher in “On The Twentieth Century” (photo: Joan Marcus via The Broadway Blog.)

Kristin Chenoweth, On The Twentieth Century

Leanne Cope, An American in Paris

Tyne Daly, It Shoulda Been You

Robert Fairchild, An American in Paris

Lisa Howard in “It Shoulda Been You” (photo: Joan Marcus via The Broadway Blog.)

Lisa Howard, It Shoulda Been You

Cush Jumbo, Josephine and I, The River

Andy Karl, On The Twentieth Century

Jan Maxwell, The City of Conversation

Ruthie Ann Miles, The King and I

Kelli O’Hara, The King and I

Alexander Sharp, The Curious Incident of the Dog in the Night-Time

Tony Yazbeck, On The Town 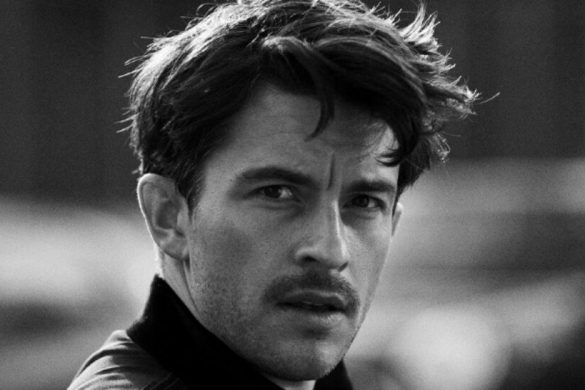