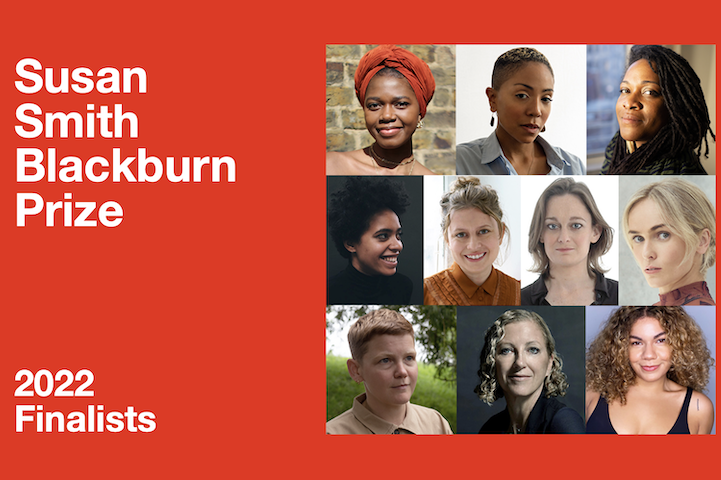 The Susan Smith Blackburn Prize has announced 10 finalists for its prestigious playwriting award, the oldest and largest prize awarded to women+ playwrights — now in its 44th year.

The Winner, to be announced in April, will be awarded a cash prize of $25,000, and will receive a signed print by renowned artist Willem de Kooning, created especially for the Susan Smith Blackburn Prize. Each of the additional Finalists will receive an award of $5,000.

The Susan Smith Blackburn Prize is awarded annually to celebrate women+ who have written works of outstanding quality for the English-speaking theatre. Women+ includes women, transgender, and non-binary playwrights. Each year, artistic directors and prominent professionals in the theatre are invited to submit plays. Each script receives multiple readings by members of an international reading committee that selects the finalists. An international panel of six judges then selects the winning play.

Leslie Swackhamer, Executive Director of the Susan Smith Blackburn Prize, said, “this has been a phenomenal year for new voices in playwriting. Two of our finalists are debut plays, and nine are first-time finalists for this Prize.  All of the plays are highly theatrical and probe the burning issues of our times.”

Since the Prize’s founding in 1978, over 470 plays have been honored as Finalists. Many have gone on to receive other top honors, including Olivier, Lilly, Evening Standard and Tony Awards for Best Play. Eleven Susan Smith Blackburn Finalist playwrights have subsequently won the Pulitzer Prize in Drama. The Prize has also fostered an interchange of plays between the United States, the United Kingdom, Ireland, Australia, New Zealand, and other English-speaking countries.

Chosen from a group of over 160 plays submitted from around the world, the 2022 Finalists are:

Poor Clare tells the story of a rich girl in 1211 Italy, who happily spends her days concocting elaborate hairstyles and dutifully going to church. But everything changes when a lunatic named Francis starts ranting in the town square. Based on the true stories of Saint Clare and Saint Francis of Assisi, Poor Clare asks the question: why do some people have so much, and some have so little? And what are you willing to do about it? Poor Clare premiered at the Echo Theater in Los Angeles in the Fall of 2021.

Solandra, a modern Dominican-American student is alone in the throne room of Queen Isabel and King Ferdinand when their portraits come alive, poking and prodding and ready to party like it’s 1492. Meanwhile, on the island of “Hispaniola,” Higuamota and her family prepare for her cousin Nana’ni’s hair-cutting ceremony, when they spot a fleet of “spacecrafts” carrying pink-skinned ghosts headed towards them. As Higumota struggles to save her community from invasion, Solandra contends with her racial identity and attraction to white men in this dark comedic exploration of the insidiousness of colonization. Get Your Pink Hands Off Me Sucka and Give Me Back (FKA Columbus Play) is the winner of the 2020 Burman New Play Award.

Saoirse Murphy moves from one chaotic world to another. From her Catholic school in County Wicklow to a new exciting life in London. She’s had a taste of freedom and she’s making the most of it; but underneath it all she’s struggling to manage big secrets, and there’s only one person she can talk to. Hanly’s debut play, Purple Snowflakes and Titty Wanks premiered at the Abbey Theatre, Dublin, in October 2021. The Sunday Times praised it as “a searingly frank account of female sexuality and shame”.   The play in which the playwright also starred, is for a solo performer, and is co-produced by the Royal Court Theatre, London, and the Abbey Theatre, Dublin. It will open at the Royal Court Theatre in February 2022, again starring Hanly.

Retta and Reggie are enjoying their usual evening on the porch not minding their own business when Poof! Mr. Woods, a longtime neighbor, disappears into thin air… Or does he explode? The story goes viral. Panic ensues. Why are these Black people going missing all willy-nilly? And when they go, are they gone for good?

Someone in this play should likely try to figure that out.

Once upon a dreary night, five desperate strangers wait in line for a last-minute ticket to the final performance of Oppenheimer’s sold-out smash hit, Return to Hindenburg, the hottest show in town. All they have to do is cross their fingers, be patient and wait their turn. But with more people waiting than tickets available, this is no time for patience, this is time for war. Who will triumph? Who will fail? And who will receive… The Last Return? A searing commentary on conflict, peace, and the pursuit of territory at any cost, The Last Return was developed by Druid Theatre. A full production has been postponed a number of times due to Covid restrictions, with plans to reschedule ongoing.

When a woman receives an unexpected letter from the British Passport Office, she is forced to confront an old mystery: why does her South African passport not carry her first name? Playful and lyrical, moving from Mobutu’s Congo to post-Apartheid South Africa, Ireland and England. A one-woman play, Lava is a story about unraveling the patterns of chaos across history – questioning nationhood, narratives, and the process of naming the unnamable. Lava premiered at the Bush Theatre in Summer, 2021. The Arts Desk praised this “incendiary debut play…a full-bodied poem of red-hot protest, carefully modulated with humour to grip and persuade”.

An intense contemporary two-hander set in a Berlin loft. When a young Jewish foreigner and a captivating German waitress spend a night together, they discover that as they fall in love and lust, the ghosts of history must be confronted. Funny and volatile, the play explores the dangerous territory of whether a line can be drawn in the present regarding crimes of the past. Lauded as “vital, intimate and sexy” (The Sydney Morning Herald), Berlin premiered in the Spring of 2021 at the Melbourne Theatre Company.

A dynamic reimagining of Sophocles’ Philoctetes, Paradise is set on a ravaged island whose residents make their lives amidst the rubble of civil war, extreme weather events and un-recyclable refuse. A wounded solider, abandoned in this wreckage and left alone for a decade, is suddenly required to rejoin the fight. A young soldier is tasked with bringing the outcast home – if they don’t succeed, the war is lost. Featuring an all-female cast of 13, Paradise premiered at the National Theatre in 2021.There are currently planned productions in translation in Italy and France.

It’s just the story of a Black american mother tryin to keep her kids safe during the War on Drugs in the Midwest, USA. Anita tries everything to keep her family well fed and free but despite her efforts, she still loses everything, and the story ends in the most american way: with loss, destruction and unbridled rage.

Shedding a Skin is a one-woman play about finding kindness in unexpected places. A play about connecting with what our elders can teach us – new skin honouring old skin. A play about joy, healing, and protest. And having a good belly laugh. Winner of the Verity Bargate Award, Shedding a Skin was performed by the playwright for its premiere at Soho Theatre, opening  to 4* and 5* reviews in summer 2021.  It is being revived in March 2022 and the playwright is currently developing the script for television.