Top Posts
‘Company’ to Hit the Road on North American...
Meet the Full Cast of ‘Shucked,’ Coming to...
Full Cast for ‘Parade’ Announced
Stephen McKinley Henderson Gives the Performance of His...
The McKittrick Hotel Announces the Return of ‘The...
Broadway Stars Honored with Academy Award Nominations
Taylor Trensch, Danny Wolohan, and More Join the...
A Gay Road Trip Comes to The Brick...
Maude Apatow of ‘Euphoria’ is the Next Audrey...
Tony Award Winners to Star in ‘Hercules’ at...
Home Buzz 3 Hot, New (to me) Discoveries from Broadway’s Dark Night
Buzz

Every Monday night in New York when most shows are dark, the best performers on Broadway take to the microphone at cabarets and benefits around the city. Beyond being a great way to get over the back-to-work blues for us poor 9-to-5 slobs, these concerts provide an amazing opportunity to discover fresh talent as well as see familiar stars in a new light.

Last night, I was lucky enough to catch Broadway Sings Tori: A Benefit for RAINN, a rock-solid evening featuring the music of Alt-goddess and flame-haired piano-humper Tori Amos. One of the biggest surprises of the show, hosted with wit and ease by Ben Cameron and Colleen Harris, was how well Tori’s compositions translated to theatrical voices. I’m actually a fan of her work but her notoriously idiosyncratic range and densely layered lyrics would seem ill-suited to anyone other than Amos herself . However, the actors’ crisp diction and storytelling acuity revealed emotional one-act plays within much of Tori’s impressive catalog. Consider me hereby completely converted and excited for her National Theater-bound musical, The Light Princess.

Even more exciting was the talent on display. You can always count on Tony-nominees Christine Andreas (The Scarlett Pimpernel) and Stephanie D’Abruzzo (Avenue Q); the former delivering a haunting, crystaline “Over the Rainbow” (as a nod to Tori’s famous cover version) and the latter socking-home a left-field bit of Tori juvenilia, the perky “Baltimore”. In addition, I was floored by three new (to me) performers that grabbed hold of some Amos classics and made them their own:

Katie Thompson: Tossing her red hair as she tore into the piano, Thompson might at first glance seem to be just a Amos-in-waiting, but once she began to sing, all comparisons fell away. Finding a complex, devastating portrait of sexual confusion in “Leather,” she turned the dark rocker into a character-study as nuanced and theatrical as Sondheim. Watch her below making a similar adjustment to Belinda Carlisle’s “Heaven is a Place on Earth”.

Michael Buchanan:  If you heard a collective gasp last night around 9:30, that was the sound of an entire audience swooning at Buchanan’s hard-charging, seductive take on “Take to the Sky.” Tearing up the stage with his rock tenor (and tight jeans), he teased, scolded and then left the audience panting for more. Here he is doing a very, very different sort of breakdown at a performance last year.

Molly Pope: An indie cabaret star in arch mid-century garb, Pope seems to work with an irony-drenched stylization. But when she let loose with a diva, American songbook voice and found a real connection to the difficult “Little Amsterdam,” I was enthralled. Assisted by a swinging arrangement from Brian J Nash, she burrowed deep into the song to find something true amid the Southern soap opera trappings. Watch her hilarious and slightly disturbing, (purposefully) train-wreck of a performance of “Viva La Vida” to get a sense of her huge instrument and fearless attack. 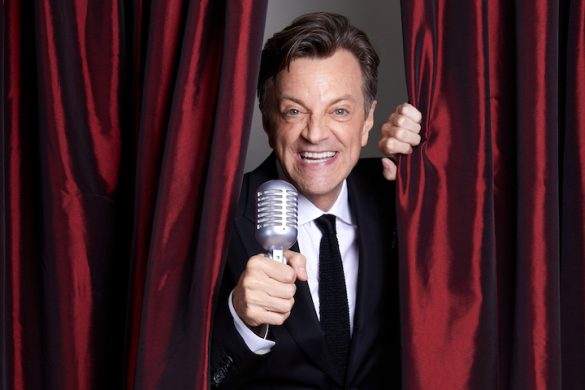