Top Posts
‘Company’ to Hit the Road on North American...
Meet the Full Cast of ‘Shucked,’ Coming to...
Full Cast for ‘Parade’ Announced
Stephen McKinley Henderson Gives the Performance of His...
The McKittrick Hotel Announces the Return of ‘The...
Broadway Stars Honored with Academy Award Nominations
Taylor Trensch, Danny Wolohan, and More Join the...
A Gay Road Trip Comes to The Brick...
Maude Apatow of ‘Euphoria’ is the Next Audrey...
Tony Award Winners to Star in ‘Hercules’ at...
Home Buzz 5 Broadway Plays and Musicals to Look Forward to in 2022
Buzz 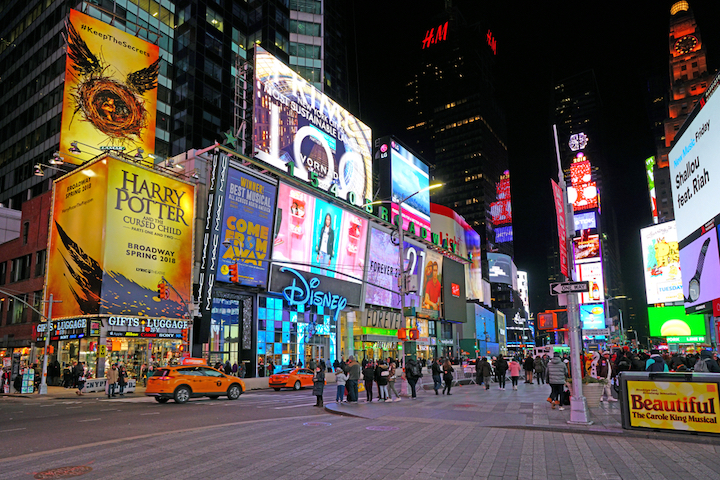 2021 will go down in history as the year Broadway reopened after over a year of shutdowns due to COVID-19, and pending no other health calamities freeze the Great White Way, the new year is looking bright with new plays and musicals to look forward to. Here, The Broadway Blog shares just five of the works we’re excited to see in 2022!

for colored girls who have considered suicide/when the rainbow is enuf
Written by Ntozake Shange
Directed and Choreographed by Camille A. Brown
Starts March 4 at the Booth Theatre

Filled with passion, humor, and raw honesty, legendary playwright/poet Ntozake Shange’s form-changing choreopoem tells the stories of seven Black women using poetry, song and movement. With unflinching honesty and emotion, each woman voices her survival story of having to exist in a world shaped by sexism and racism.

TV icon Debra Messing (Will & Grace) returns to the stage as Ernestine Ashworth, who spends her 17th birthday agonizing over her insignificance in the universe. Soon enough, it’s her 18th birthday. Even sooner, her 41st. Then her 70th and her 101st. This new play chronicles five generations, dozens of goldfish, an infinity of dreams, and one cake baked over a century. What makes a lifetime…into a life?

Beanie Feldstein stars as Fanny Brice,  a girl from the Lower East Side who dreamed of a life on the stage. This highly anticipated musical also stars Jane Lynch, Ramin Karimloo, and Jared Grimes and features the show-stopping “Don’t Rain on My Parade” and a revised book by Tony Award winner Harvey Fierstein.

Paula Vogel’s Pulitzer Prize-winning drama returns to New York, reuniting original stars Mary-Louise Parker and David Morse in the roles that they originated. As a memory play, it will be especially poignant to see these two stars return to these iconic roles decades later.