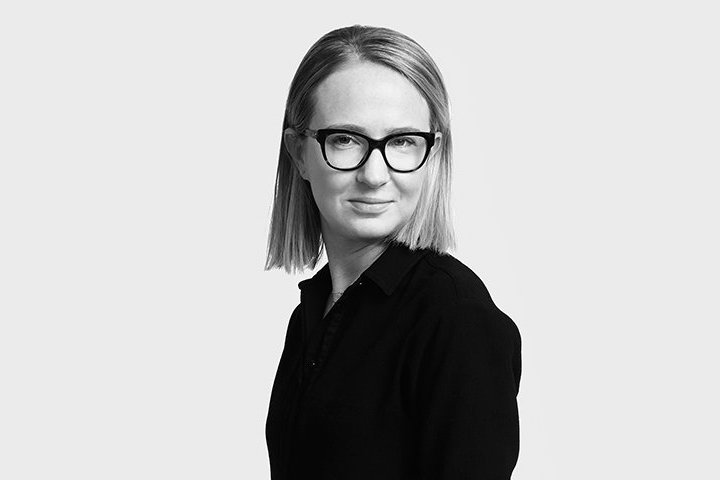 The 2019 Off-Broadway season has an excellent crop of fresh female voices who have written works about everything from fraught politically-charged simulations in Washington D.C. to the sudden stardom of an African American maid in Hollywood. These women are sharp, accomplished, and bringing important issues to the forefront of American theater. Here are five plays we’re most looking forward to.

Helen Banner — Intelligence
There is a diverse repertoire of works in Helen Banner’s back pocket. A key collaborator of the Byzantine Choral Project, a program dedicated to creating theatrical works by women, Banner projects female-powered dynamism and voices in her pieces. ICONS/IDOLS is a collection of four choral plays imbued with song, text, and movement, which follows the purple Byzantine empresses as they traverse a social construct that objects to female rule.

Banner’s current work, Intelligence, is another look at the brute power of women: set in modern-day, the play probes into a governmental Foreign Service officer and her two young diplomats carrying out a project based on international relations and resolutions. Exploring the duality of reality and imagination, of a dynamic contemporary society and a violently-charged fictional mindset, Intelligence also features a mostly female creative and production team.

Yaël Farber — Mies Julie
A highly accoladed and accomplished playwright and director, Yaël Farber is known for controversial, biting works, which consistently receive raves by publications like The New York Times and The Guardian. She adapts timeless tales with a sharp and often timely retelling, like her adaptation of Oscar Wilde’s Salomé, which Farber imbued with ancient Hebraic and Arabic works to bring forth a tale of women’s voices in history, controversies between religious and political ideologies, and the power of the oppressed over their own livelihoods.

Farber’s racially and sexually-threaded retelling of August Strindberg’s Miss Julie takes place in her native South Africa and won multiple awards at the 2012 Edinburgh Festival. The story, led by Julie, a white Afrikaans daughter of a landowner and John, the Xhosa farm laborer, centers on a farmhouse and timeless questions of ancestral property. A sensual evening together sparks a raging battle: “If you are sensitive out here in this arid land,” says the title character in Farber’s Meis Julie, “you don’t make it.”

Lynn Nottage — By The Way, Meet Vera Stark
Two-time Pulitzer Prize-winner playwright and screenwriter Lynn Nottage’s (Sweat, Ruined) By The Way, Meet Vera Stark, is the tale of the maid of an aging Hollywood star who finds her own stardom: Vera Stark portrays a slave in a film which also stars her boss. Nottage’s plays are works of societal dissection which raise essential dialogues about race, poverty, and gender.

Nottage’s works necessitated deep conversational research and interviews to get the most personal center of the conflict; Nottage spoke with Congolese women in the midst of the civil war in the Democratic Republic of Congo while writing Ruined, which garnered her first Pulitzer Prize, and interviewed residents of Reading, Pennsylvania, which held the highest poverty rate in the United States for Sweat, which ran on Broadway after a sold-out run at The Public Theater. And Nottage didn’t just turn the stories into fiction: she produced an artistic project intended to raise funds and awareness for Reading’s plight, demonstrating an extended interest in helping the human condition and using literature and theater for more than entertainment. Nottage’s works often depict humans in distress and do so with profound realness, sharpness, and stunning wit.

Charly Evon Simpson — Behind The Sheet
Charly Evon Simpson’s Behind The Sheet surrounds subjects that are insistently relevant, hotly debated, and enduring: gynecology and the manipulation of oppressed peoples. Inspired by the work of controversial gynecologist Dr. J. Marion Sims, inventor of the speculum and pioneer of cures for serious gynecological diseases, the play explores the scrutinizes the advancement of science at the risk of harming women.

Simpson, who wrote Jump about a woman contemplating her life at the edge of a bridge, creates imaged narratives for three women, Anarcha, Lucy, and Betsey, who were Dr. Sims’ slaves and subjects of his experiments. The work comes almost 150 years after Sims’ lifetime when women’s rights, especially those for women of color, are still not given due recognition and is thus remarkably compelling. Simpson offers a resounding voice to an oppressed people who had none and reiterates that while our society has made advancements, historical controversies find an eerily familiar home in contemporary agendas.

The work is also part of the EST/Sloan Science & Technology Project, a collaboration with the Alfred P. Sloan Foundation to create and support original works concerning economics, science, and technology; Simpson’s work represents a marriage of entertainment, thought provocation, and cross-disciplinary education.

“[My mother] had a roommate on the other side of the curtain, and I had a quick thought, like, ‘Wow, it would be so cool if there was some cute boy, maybe her son, who I could flirt with,'” Feiffer recalled in an interview with the New Yorker. “And, as soon as I thought that, I thought, ‘That is such a selfish thing to think, Halley.’” Feiffer, both an actor and a writer, tackles suffocating patriarchy in her new work The Pain of My Belligerence, which she wrote and will star in at Playwrights Horizons. The piece explores a tenuous long-term relationship between a brilliant journalist (Feiffer) and a charismatic married man. Set over the course of eighty years, Feiffer’s setting is not only a dichotomous landscape between men and women but an America that is changing — and not necessarily for the better.