Top Posts
Stephen McKinley Henderson Gives the Performance of His...
The McKittrick Hotel Announces the Return of ‘The...
Broadway Stars Honored with Academy Award Nominations
Taylor Trensch, Danny Wolohan, and More Join the...
A Gay Road Trip Comes to The Brick...
Maude Apatow of ‘Euphoria’ is the Next Audrey...
Tony Award Winners to Star in ‘Hercules’ at...
‘New York, New York’ Finds its Two Leads
Full Casting Announced for Oscar Isaac-Led ‘The Sign...
Disco Pop Musical ‘Here Lives Love’ to Bow...
Home Beyond Broadway ‘A Bronx Tale’ Proves It’s a Borough Worthy of Its Own Musical
Beyond BroadwayReviews Chazz Palminteri’s father had a consistent message for his son: “The saddest thing in life is wasted talent. Don’t waste yours, son. Promise me.” Palminteri, a born and raised Bronx resident, has taken that advice to the bank. His self-penned, 1989 semi-autobiographical solo play, A Bronx Tale, was based on his childhood experiences of growing up in New York City’s northern borough. In 1993, Robert De Niro attached himself to the film project as both actor and director and in 2007, Palminteri took his story to Broadway in a production helmed by Jerry Zaks.

Now, the three have joined forces, enlisting the musical talents of composer Alan Menken and lyricist Glenn Slater for a musical treatment of the material. After recently viewing the movie and watching Paper Mill Playhouse’s stellar new incarnation, it is easy to understand why the story endures.

A Bronx Tale takes us to the corner of 187th Street and Belmont Avenue in the 1960s. Here, a young Calogero (Joshua Colley) witnesses a murder committed by local mafia man, Sonny (Nick Cordero) and soon finds himself caught between obedience to Lorenzo (Richard H. Blake), his working class father, and idol worship towards Sonny. As he matures, an older Calogero (Jason Gotay) embarks on a romantic dalliance with Jane (Coco Jones), an African American girl. This only leads to more dramatic tension between Calogero and his racist, hoodlum friends. I’ll admit to skepticism about a musical version of this material. After watching the movie, I was curious how mobsters would translate to melody. The answer: very well.

Palminteri hasn’t reinvented the wheel with the musical’s book; through De Niro and Zaks’ careful direction and with Menken and Slater’s catchy and memorable score, he’s instead enhanced it with even more heart and soul. Sergio Trujillo adds an additional energy to the show with his spirited choreography, particularly in the energetic opener, “Belmont Avenue.”

For the most part, the cast is exceptional. Gotay, who also serves as the narrator, guides the show with a stoic and steady hand and is vocally sound. Cordero, with his imposing height and icy stare, rightfully incites fear and reverence as the neighborhood nabob. Blake brings a tender, fatherly warmth to his role, though his upper register often wanes. Colley is an outstanding young triple threat. With two Broadway credits under his belt, it will be exciting to watch his career unfold.

Menken, whose universally known credits include Newsies, Beauty and the Beast, The Little Mermaid, Aladdin, and many others, has returned to his earlier roots for inspiration. Many of his songs are reminiscent of one of his early works, Little Shop of Horrors, which featured styles of doo-wop and soul.  He also borrows from Nelson Riddle’s swinging arrangement of Frank Sinatra’s “I’ve Got You Under My Skin” in Sonny’s song about finding a true love (“One of the Great Ones”), and pulls from Marvin Gaye’s “All I Need To Get By” in Jane and Calogero’s duet, “In a World Like This.”

A Bronx Tale, which is eyeing a Broadway run, is not entirely flawless. It occasionally drifts into the territory of over-sentimentality and there are a couple of unnecessary songs that do little to advance the plot. Still, the themes of loyalty, family, and emancipation will resonate with general audiences and, with a few minor changes, it could well be a—dare I say it—hit? 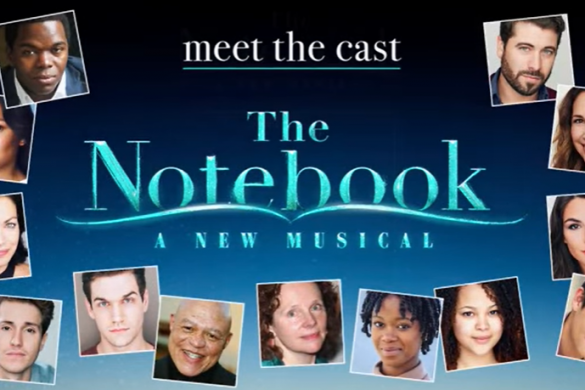