Top Posts
‘Company’ to Hit the Road on North American...
Meet the Full Cast of ‘Shucked,’ Coming to...
Full Cast for ‘Parade’ Announced
Stephen McKinley Henderson Gives the Performance of His...
The McKittrick Hotel Announces the Return of ‘The...
Broadway Stars Honored with Academy Award Nominations
Taylor Trensch, Danny Wolohan, and More Join the...
A Gay Road Trip Comes to The Brick...
Maude Apatow of ‘Euphoria’ is the Next Audrey...
Tony Award Winners to Star in ‘Hercules’ at...
Home Buzz A Christmas Guide to New York Theater
Buzz 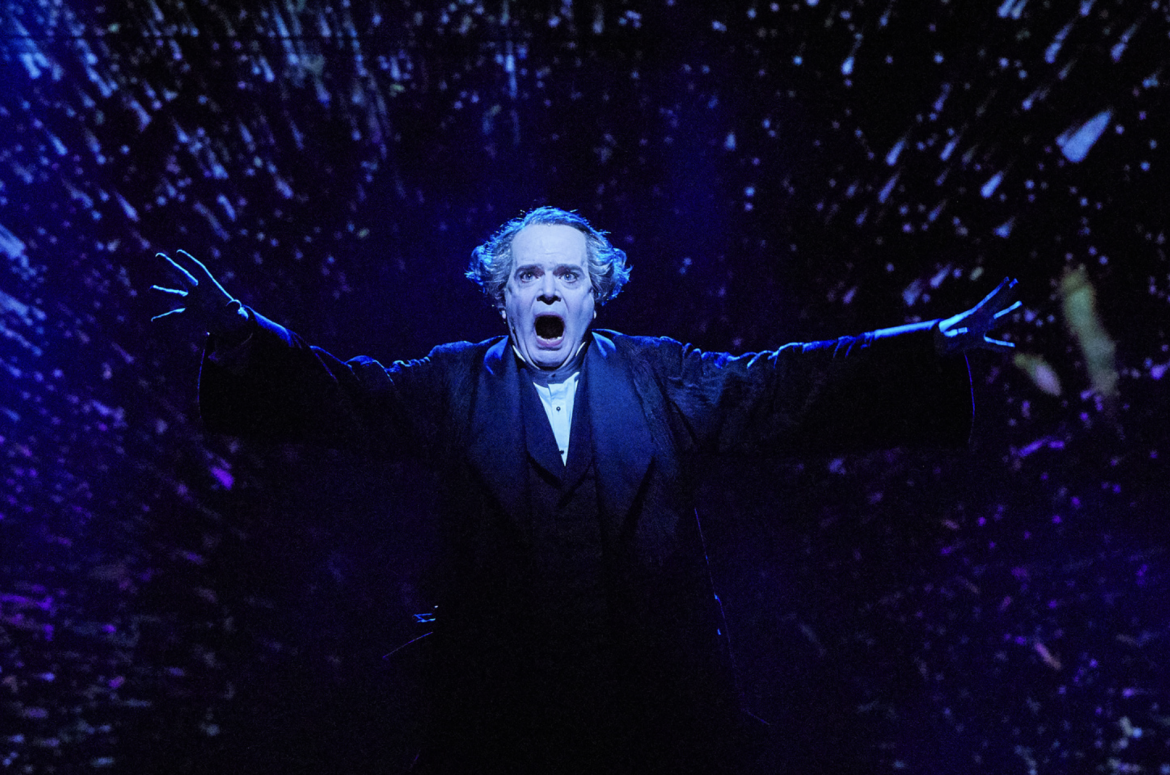 Jefferson Mays in “A Christmas Carol,’ photo by Chris Whitaker
It’s Christmastime in the city! If you find yourself in the Big Apple this holiday season, there will be lots to take in: trips to a snowy Central Park, ice skating at Rockefeller Center, and, of course, lots of theater to see. To help you decide what to experience this winter, The Broadway Blog has put together a list of the three best Christmastime attractions: all family friendly and sure to warm your spirits as the colder nights draw in. Enjoy!
A Christmas Carol
On Broadway, playing now through January 1
Jefferson Mays went right from River City to Dickensian England: after finishing up his run as Mayor Shinn in the Hugh Jackman-led revival of The Music Man, Mays gets to be the star of this one-man show, an adaptation of Charles Dickens’ beloved holiday classic, A Christmas Carol. Directed by Michael Arden (Once On This Island), Mays plays over 50 characters, including a potato, to enliven this holiday hit.
Ingrid Michaelson at Carnegie Hall
At Carnegie Hall on December 16 and 17
If you happen to find yourself in New York closer to Christmas Day, you’ll want to check out indie singer and Broadway vet Ingrid Michaelson as she decks the halls for two nights only at Carnegie Hall. The Natasha, Pierre, and the Great Comet of 1812 alum joins the New York Pops for two holiday concerts at one of New York’s most beloved venues.
The Rockettes’ Christmas Spectacular
At Radio City now through January 2
Would it be Christmastime in New York without the Rockettes? Absolutely not! Head on over to Radio City Music Hall to see this variety show featuring the high kicking stars, Santa sightings, astounding projection designs, and so much more.
A Christmas Guide to New York Theater was last modified: November 29th, 2022 by Billy McEntee
Like
Like Love Haha Wow Sad Angry
43
2
Facebook Twitter Google + Pinterest
previous post