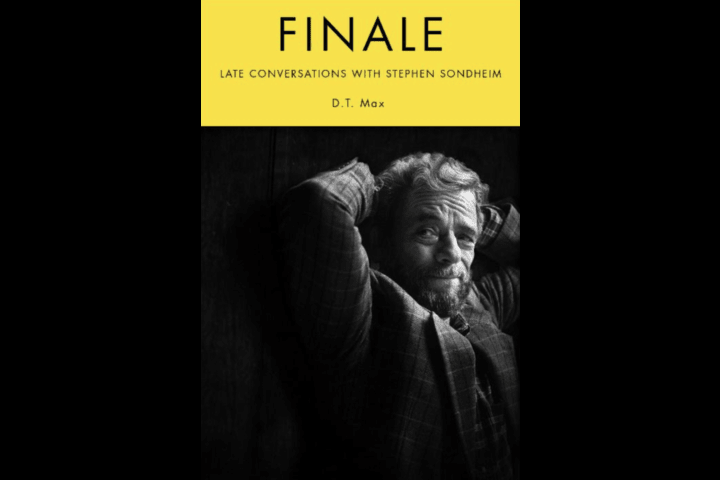 Longtime New Yorker staff writer—and author of the New York Times bestseller Every Love Story Is a Ghost Story—D. T. Max delivers an illuminating and deeply personal collection of interviews with the late Stephen Sondheim, conducted in the last years of the artist’s life. Published to coincide with the one-year anniversary of Sondheim’s death,  FINALE: Late Conversations with Stephen Sondheim (published by Harper and hitting shelves November 22) reveals the legendary composer-lyricist as he was rarely seen in public.

At the end of Sondheim’s life, Max was working on a major profile that would be timed to the eventual premiere of a new musical Sondheim was writing. Following Sondheim’s death, The New Yorker published an exclusive online issue featuring excerpts from the interviews Max conducted in those last years. The response was astonishing: The article was widely praised as one of best interviews with Sondheim (if not the best) ever conducted; Max was hailed for eliciting a candor and vulnerability from the celebrated artist previously unknown to the public.

In FINALE, Max brings together his unedited conversations in an unforgettable work of literature and celebration. FINALE gives us a revered cultural icon—a star who disliked the spotlight—at his most relaxed, thoughtful, sardonic, and engaging, as he talks about work, music, movies, family, New York City, aging, the creative process, and much more. Throughout, Max sets the scenes, shares his impressions of Sondheim during each session, and explains how their unusual relationship evolved over the course of their three-year-long “pas de deux.”

A singular portrait of an artist in his twilight, FINALE offers remarkable insight into the mind and heart of a genius whose work changed modern American musical theater and popular culture forever.

See below for some Sondheim quotes from the book:

On never repeating himself:

On why live theater will never be replaced:

“The joy of the theater is that from generation to generation, from year to year, the production is alive, because it can be done differently. Even night to night, as we all know. It’s not the same show tonight as it was last night. And that’s so much better than writing for the movies, where it’s there, and that may be perfect, but that’s permanent. The fun is allowing people to reinterpret. “