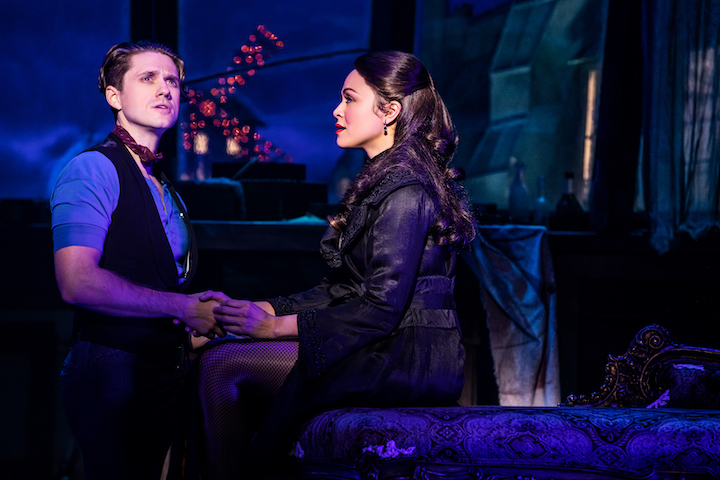 “I’m alive!” Moulin Rouge! actor and recent Tony Award winner Aaron Tveit can now check off another milestone: his portrait has been added to the wall of Sardi’s, the Theatre District mainstay that pays homage to Broadway talent through caricatures of celebrities.

Tveit attended the unveiling of his caricature on March 31 alongside Moulin Rouge! co-stars Jessica Lee Goldyn, Ricky Rojas, and Tony Award-winner Danny Burstein. Sardi’s president Max Klimavicius unveiled Tveit’s photo, which will join others that line the walls of this famed Italian restaurant in Midtown.

A post shared by Moulin Rouge The Musical Bway (@moulinrougebway)

Tveit won the Tony Award for Best Leading Actor in a Musical for his role of Christian in the Tony-winning smash Moulin Rouge!. It was Tveit’s first nomination, though he has been a leading man on Broadway for over a decade, playing iconic roles such as Gabe in Next to Normal, Frank in Catch Me If You Can, and Link in Hairspray. He was also seen as Enjolras in the Tom Hooper-directed film adaptation of the musical Les Misérables.

Tveit can currently be seen in Moulin Rouge! through May 8. The production is directed by Alex Timbers and has a book by John Logan and choreography by Sonya Tayeh. Moulin Rouge! first opened on Broadway in 2019 following a Boston try-out and is based on the 2001 Baz Luhrmann-directed movie of the same name. The eclectic score features covers of “Fireworks” by Katy Perry, “Your Song” by Elton John, and “Chandelier” by Sia, among many other pop hits. The story takes place at Paris’ famed Moulin Rouge and follows the tragic love story between performer Satine and composer Christian.

Congrats to Tveit, and catch him live at the Al Hirschfeld Theatre!