Top Posts
‘Company’ to Hit the Road on North American...
Meet the Full Cast of ‘Shucked,’ Coming to...
Full Cast for ‘Parade’ Announced
Stephen McKinley Henderson Gives the Performance of His...
The McKittrick Hotel Announces the Return of ‘The...
Broadway Stars Honored with Academy Award Nominations
Taylor Trensch, Danny Wolohan, and More Join the...
A Gay Road Trip Comes to The Brick...
Maude Apatow of ‘Euphoria’ is the Next Audrey...
Tony Award Winners to Star in ‘Hercules’ at...
Home Buzz Academy Award Winner Ariana DeBose to Host the Tony Awards
Buzz 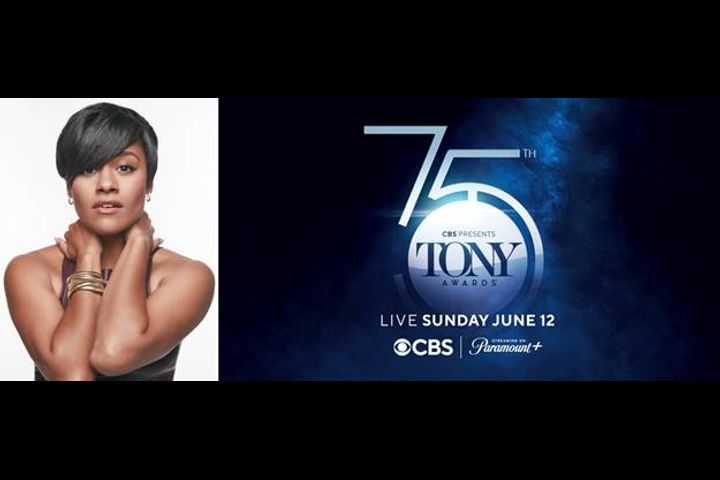 The Tony Awards announced this week that Academy Award winner and Tony Award nominee, Ariana DeBose (West Side Story, Summer: The Donna Summer Musical), will host the 75th Annual Tony Awards from the legendary Radio City Music Hall in New York City on Sunday, June 12, 2022 (8:00 – 11:00 PM, LIVE ET/5:00 – 8:00 PM, LIVE PT) on the CBS Television Network, and streaming live and on demand on Paramount+.   The celebration will commence at 7:00-8:00 PM, ET/4:00-5:00 PM, PT with exclusive content streaming only on Paramount+. Hosts and further information on the Paramount+ presentation will be announced at a later date. The Tony Awards are presented by The Broadway League and the American Theatre Wing.

DeBose is acclaimed for her varying roles on stage, film, and television.  DeBose is best known for her ground-breaking performance in Steven Spielberg’s West Side Story, for which she received Oscar, BAFTA, Critics Choice, and SAG Awards for her star turning role as “Anita”.  On-stage, DeBose starred as “Disco Donna” in Summer: The Donna Summer Musical, which earned her a 2018 Tony Award nomination for Best Featured Actress in a Musical. For the same role, she was nominated for a Drama League Award for “Distinguished Performance” and won a Chita Rivera Award for “Outstanding Female Dancer in a Broadway Show.

In 2015, DeBose appeared alongside Lin-Manuel Miranda in the groundbreaking, Tony-winning musical Hamilton as a member of the original cast in both the Broadway and off-Broadway productions, as well as the Emmy Award winning film version that was later released on Disney+. After her departure from Hamilton in 2016, DeBose completed a run as “Jane” in the original Broadway cast of A Bronx Tale.  Her theater credits include: Leading Player in the Tony Award-winning revival of Pippin, “Mary Wilson” in Motown The Musical, “Nautica” in Bring It On: The Musical and ensemble in Stephen Sondheim’s Company.   She recently had a breakout role in Schmigadoon!, and received critical acclaim for her performance in Ryan Murphy’s Netflix adaptation of the hit-Broadway musical The Prom.  Next, DeBose will star in Sony Pictures’ Kraven the Hunter; Argylle from Apple and the space thriller ISS.

DeBose currently sits on the International Board of Covenant House advocating for homeless youth, many of whom identify as LGBTQ. She is also a board member of A is For, a reproductive rights organization started by Martha Plimpton that works to ensure that all women have access to reproductive and abortion care free of stigma.

“I’m coming home! I’m so honored to celebrate 75 years of excellence in theatre, but more importantly every member of this community who poured themselves into making sure the lights of Broadway have the opportunity to shine brightly once again!” said Ariana DeBose.  “This is a dream come true, and I’m excited to see you all on June 12.”