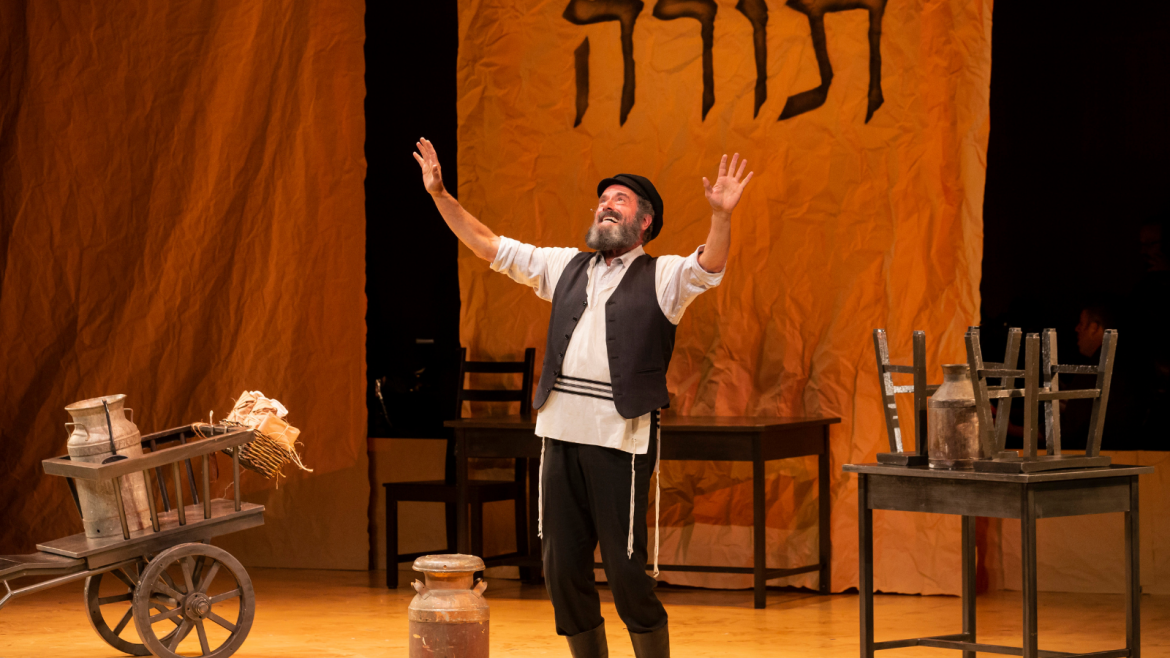 Steven Skybell in “Fiddler on the Roof in Yiddish” (Photo: Lev Radin)

National Yiddish Theatre Folksbiene has announced the off-Broadway return of its widely acclaimed and award-winning production Fiddler on the Roof in Yiddish. The revival will play a strictly limited seven-week return engagement beginning November 13th at New World Stages.

The celebrated production is again directed by Oscar and Tony Award winner Joel Grey. Also returning to recreate his award-winning performance is Steven Skybell who stars as Tevye, a milkman navigating family, faith and changing traditions in the little Russian shtetl of Anatevka. Choreography is by Jerome Robbins, with musical staging and new choreography by Stas Kmiec. The staging is presented in Yiddish with English and Russian supertitles.

Fiddler on the Roof features a book by Joseph Stein (based on stories by Sholem Aleichem), music by Jerry Bock and lyrics by Sheldon Harnick. The original 1964 Broadway production, produced by Harold Prince and directed and choreographed by Jerome Robbins, won nine Tony Awards including Best Musical.

National Yiddish Theatre Folksbiene (NYTF) is the world’s oldest continuously operating Yiddish theatre company. Fiddler on the Roof in Yiddish sold out for six months at NYTF in 2018, then moved uptown to Stage 42, where it ran for a year.

“The fictional Anatevka of Fiddler on the Roof is based on shtetls that were located outside of Kyiv in present-day Ukraine. We can’t help but think of the displaced residents of Anatevka while a new generation of refugees are fleeing their homeland due to the current crisis,” commented NYTF’s Artistic Director, Zalmen Mlotek. “It seems like an appropriate moment for us to revisit this timeless show, and to experience its joy, sorrow, humor and universal truths in this expressive translation that enriches the experience for all audiences, whether or not you know a word of Yiddish.”