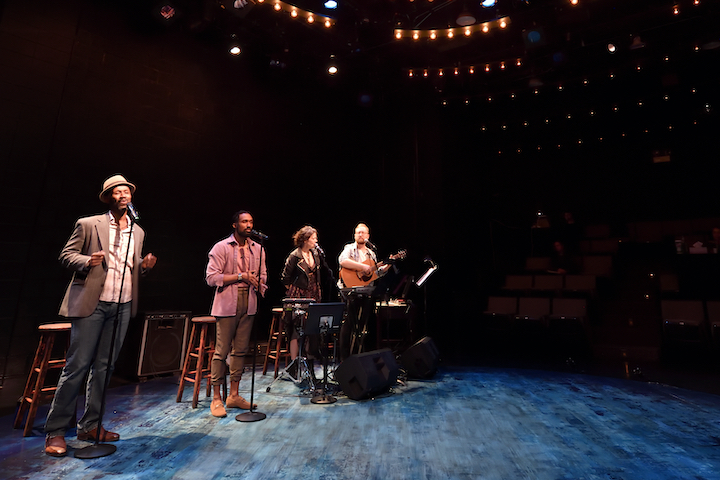 (l to r) Nathan Hinton, Allan K. Washington and The Bengsons in ‘Where the Mountain Meets the Sea.’ (Photo: Jonathan Roberts)

Theaters across the country are quickly mobilizing to stay connected with audiences. Rarely seen works will now be available to theater lovers beyond the local destinations where they’re performed. Actors Theatre of Louisville is the latest to join the ranks in anticipation of the 44th Humana Festival of New American Plays.

The launch of Actors Theatre Direct will provide multi-channel, on-demand creative content to ensure that world-class theatre continues to thrive and enrich lives during this turbulent time.

The public health crisis around the spread of COVID-19 necessitated the suspension of Actors Theatre’s season, including nearly 100 planned performances as part of this year’s Humana Festival.

“We quickly redirected all our creative energy to finding innovative, high-quality, virtual solutions to continue fulfilling our mission,” said Executive Artistic Director Robert Barry Fleming. “Actors Theatre Direct is a key strategic initiative that allows us to do just that.”

A premiere in the Humana Festival gives a work and its creative team the opportunity for invaluable audience exchange and industry exposure. For 44 years, the Humana Festival has offered theater lovers the chance to be the first to see groundbreaking new plays by some of the most talented voices writing for the American stage. Some of the more famous past titles to emerge from the festival include D.L. Coburn’s The Gin Game, Beth Henley’s Crimes of the Heart and Lucas Hnath’s The Christians. 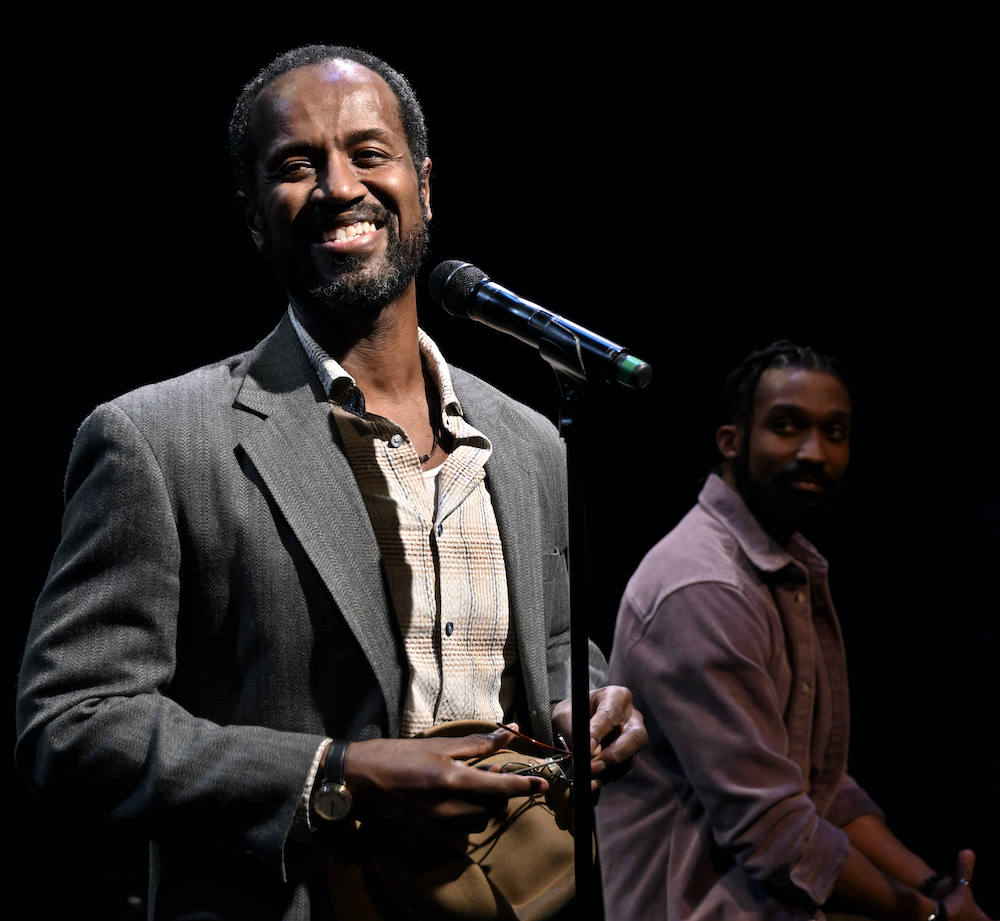 (l to r) Nathan Hinton and Allan K. Washington in ‘Where the Mountain Meets the Sea.’ (Photo: Jonathan Roberts)

Where the Mountain Meets the Sea
By Jeff Augustin with music by The Bengsons, directed by Joshua Kahan Brody and featuring Allan K. Washington, Nathan Hinton and Shaun and Abigail Bengson. This play was commissioned by Actors Theatre.

Setting off from Miami, a Haitian immigrant named Jean takes a once-in-a-lifetime road trip out west. Decades later, his son Jonah heads east, following Jean’s route in reverse—and discovering he’s inherited his father’s love of Appalachian folk music. Separated by time, yet side by side, the two men trace their journeys and the complicated bond they share. With lyrical storytelling and live music, this play vividly imagines how a father and son who longed to connect might come to see each other at last. 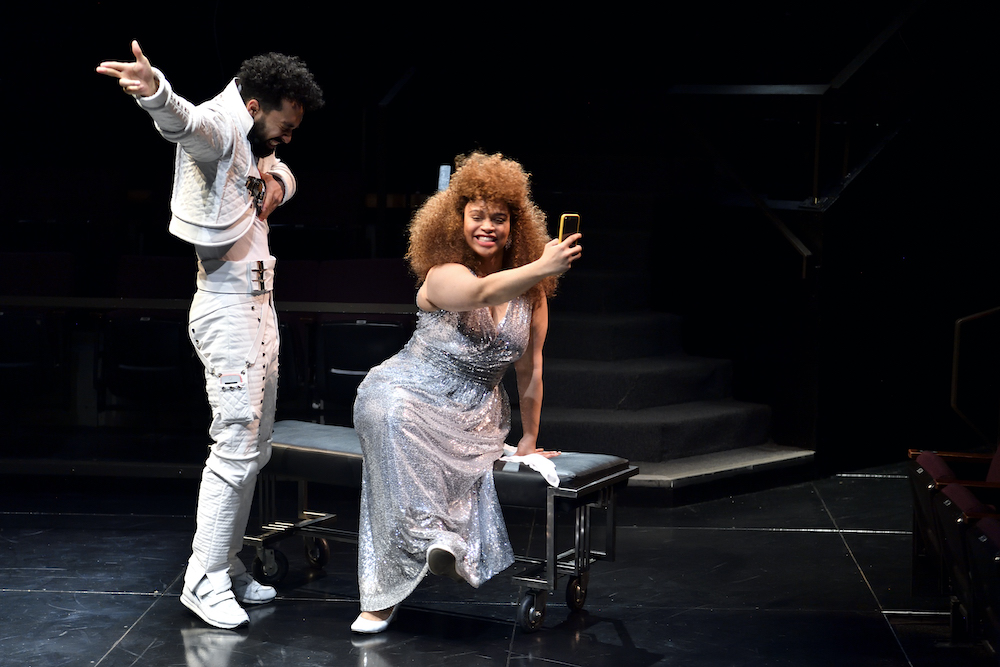 (l to r) Noah Keyishian and Kaitlyn Boyer in ‘Are You There?’ (Photo: Jonathan Roberts)

Are You There?
By Vivian Barnes, Jonathan Norton and Gab Reisman, directed by Robert Barry Fleming, commissioned by Actors Theatre of Louisville and performed by the 2019-2020 Professional Training Company.

From the cacophony of telephone party lines to CB radios on lonely highways to the glory days of online chat rooms, technology has revolutionized the way we communicate with each other. But is it always for the better? In this collection of boldly original short plays, three writers and this season’s Professional Training Company explore the high-tech evolution of our social interactions. Are our devices getting in the way of quality, in-person time with our friends and family? Or could they be another pathway to intimacy?

Tickets start at $15, and streaming will begin April 6. Virtual tickets are now available.

“We are committed to continuing our mission while simultaneously creating new and innovative ways to engage the community during this unprecedented time of uncertainty,” says Erica Denise, the theatre’s Director of Learning & Creative Engagement.