Top Posts
‘Company’ to Hit the Road on North American...
Meet the Full Cast of ‘Shucked,’ Coming to...
Full Cast for ‘Parade’ Announced
Stephen McKinley Henderson Gives the Performance of His...
The McKittrick Hotel Announces the Return of ‘The...
Broadway Stars Honored with Academy Award Nominations
Taylor Trensch, Danny Wolohan, and More Join the...
A Gay Road Trip Comes to The Brick...
Maude Apatow of ‘Euphoria’ is the Next Audrey...
Tony Award Winners to Star in ‘Hercules’ at...
Home Hot Ticket Don’t Miss: Actors Theatre of Louisville’s ‘Erma Bombeck: At Wit’s End’
Hot Ticket 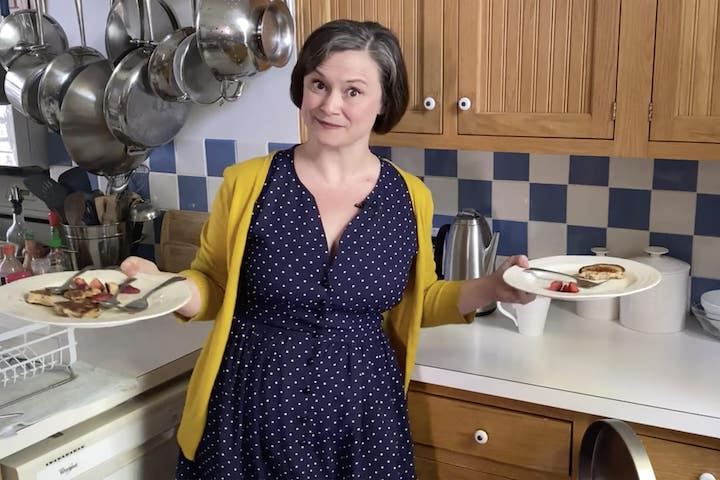 Jessica Wortham in ‘Erma Bombeck: At Wit’s End’ at Actors Theatre of Louisville.

The play premiered at Arena Stage in 2015. This adaptation took meticulous planning, catapulting the actor into a multi-faceted role that few could have expected pre-pandemic.

“On some level, I think it forced me to think like a director,” Wortham said in an interview with ATL. “I had to pay attention to how the light behaves in my house, and I had to think about how to frame myself in the space that I live in—and you know, you never think about that kind of stuff in your own home! Of course, Robert was able to help with all that through Zoom.”

Fleming and Wortham chatted about their “behind the screens” process:

Erma Bombeck: At Wit’s End streams through January 28, tickets from $15.