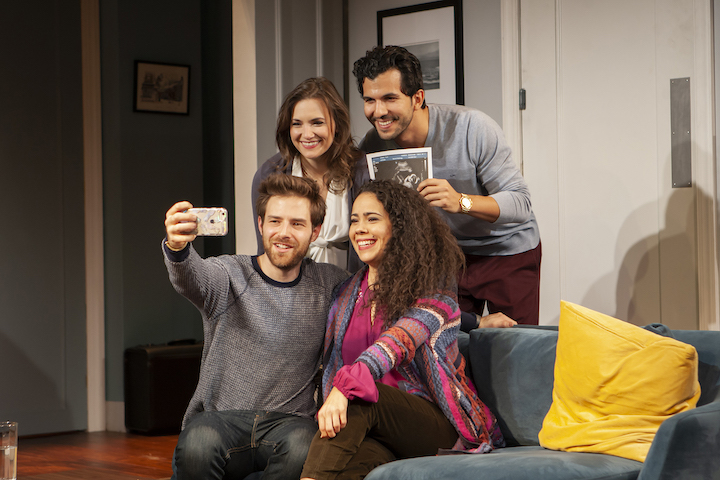 How many millennials does it take to screw in a lightbulb? How about solve the world’s problems? Well, if we’re counting issues spanning from abortion to racism to body shaming, all dissected in about five minutes, don’t ask the four characters of Matt Williams’ new play Actually, We’re F**ked.

From the first scene, two couples chew over hard-hitting issues as if they’re dogs snarling over bones; they have the same ferocity, but no reasoning behind their arguments.

For seemingly no other reason than to push the millennial interest in current affairs and to honestly sell the audience on the fact that the play is, in fact, about millennials, the discussion burns through several controversial issues without pause. The plot points shape the characters and provide them with well-worn viewpoints, rather than fleshing out authentic, multidimensional people with backstories.

Frank (Gabriel Sloyer) is the stereotypical male antagonist, an amalgam of every hated, conservative ideology. Serving as a blank wall for his wife, Molly (Keren Lugo) and friends workaholic Rachel (Mairin Lee) and fitness junkie Nick (Ben Rappaport, Fiddler on the Roof) to wallop, his mindless pro-choice, racist convictions make him The Jerk, while we have little understanding as to why he has these beliefs. 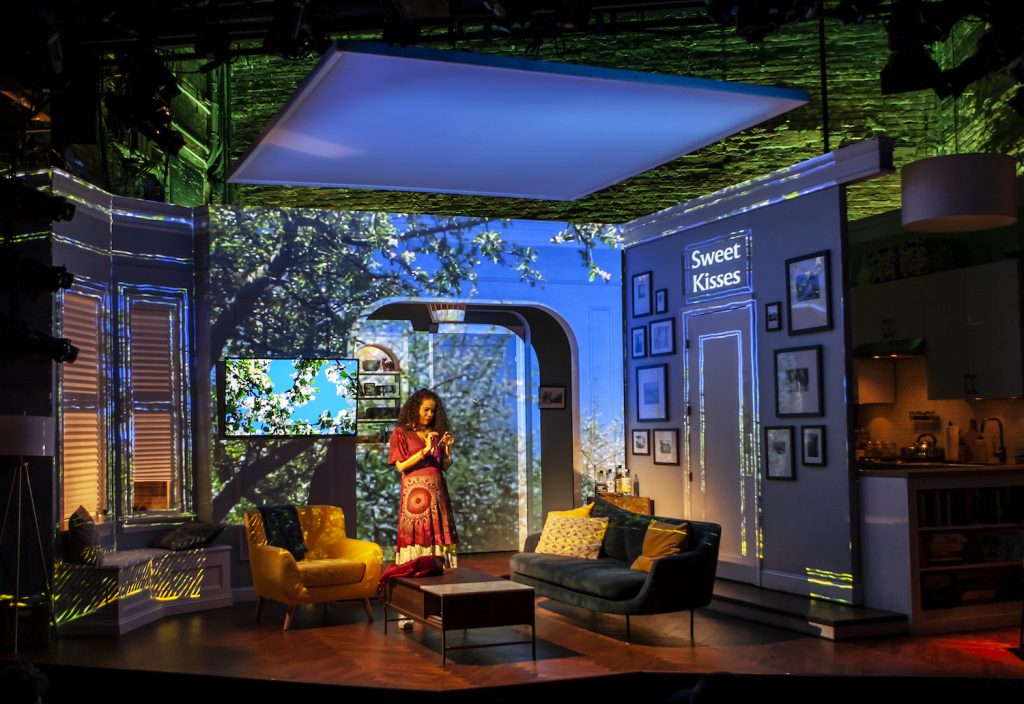 The elaborate set (designed by Robin Vest) boasts a large living room with color-coordinated furniture and bland wall decorations, as well as a stocked and apparently functioning kitchen. The apartment, which belongs to Rachel and Nick, is a legitimate meeting place for all four characters, but makes no logical sense as a locale for an argument between Molly and Frank — this, in turn, makes plot points falter, as the characters often have little business being together in the apartment.

Even more difficult to understand is why Molly would marry Frank in the first place: billed as a spiritual Wiccan who lauds the mystical femininity of the vulva, she repeats that her husband is a registered Independent, and has no real opposition to the rest of his claims. Rachel and Nick battle over career choices and a complex with the wife making the dough, and questionable morals lead to… well, an interesting example of millennial marriage.

Uncharacteristic reactions ripple throughout the play: while each is provided rich material to react against, including a couple of life-altering declarations and extreme accusations, subsequent actions are often out of character. It is as though Williams has spawned contemporary social issues as easily as blowing bubbles, and allowed them to fall and disappear with no real resolution.

When one particular baby-sized bombshell drops between the two couples, Rachel, Nick, Frank, and Molly spend the remainder of the play picking up the pieces of their lives and attempting to move on. There are compelling interactions and some veritable emotion, notably from Lugo’s Keren and Rappaport’s Nick, it can’t rise above the perpetual fighting and antagonizing.

Had the play unfolded over one evening (like the French comedy What’s in a Name by Alexandre de La Patellière and Matthieu Delaporte), the tension between the four friends could have grown roots, and the issues blossomed into fully realized debates. But the fragmented arguments make for an uncomfortable, drawn-out series of interactions — until the end, which, in an absurd twist, depicts the millennials mostly ignoring their concerns and comfortably resolving the central theme. But, like Nick’s broccoli and vegetable broth smoothie, it’s hard to swallow.