Top Posts
‘Company’ to Hit the Road on North American...
Meet the Full Cast of ‘Shucked,’ Coming to...
Full Cast for ‘Parade’ Announced
Stephen McKinley Henderson Gives the Performance of His...
The McKittrick Hotel Announces the Return of ‘The...
Broadway Stars Honored with Academy Award Nominations
Taylor Trensch, Danny Wolohan, and More Join the...
A Gay Road Trip Comes to The Brick...
Maude Apatow of ‘Euphoria’ is the Next Audrey...
Tony Award Winners to Star in ‘Hercules’ at...
Home Hot Ticket A Gay Road Trip Comes to The Brick in Brooklyn
Hot Ticket 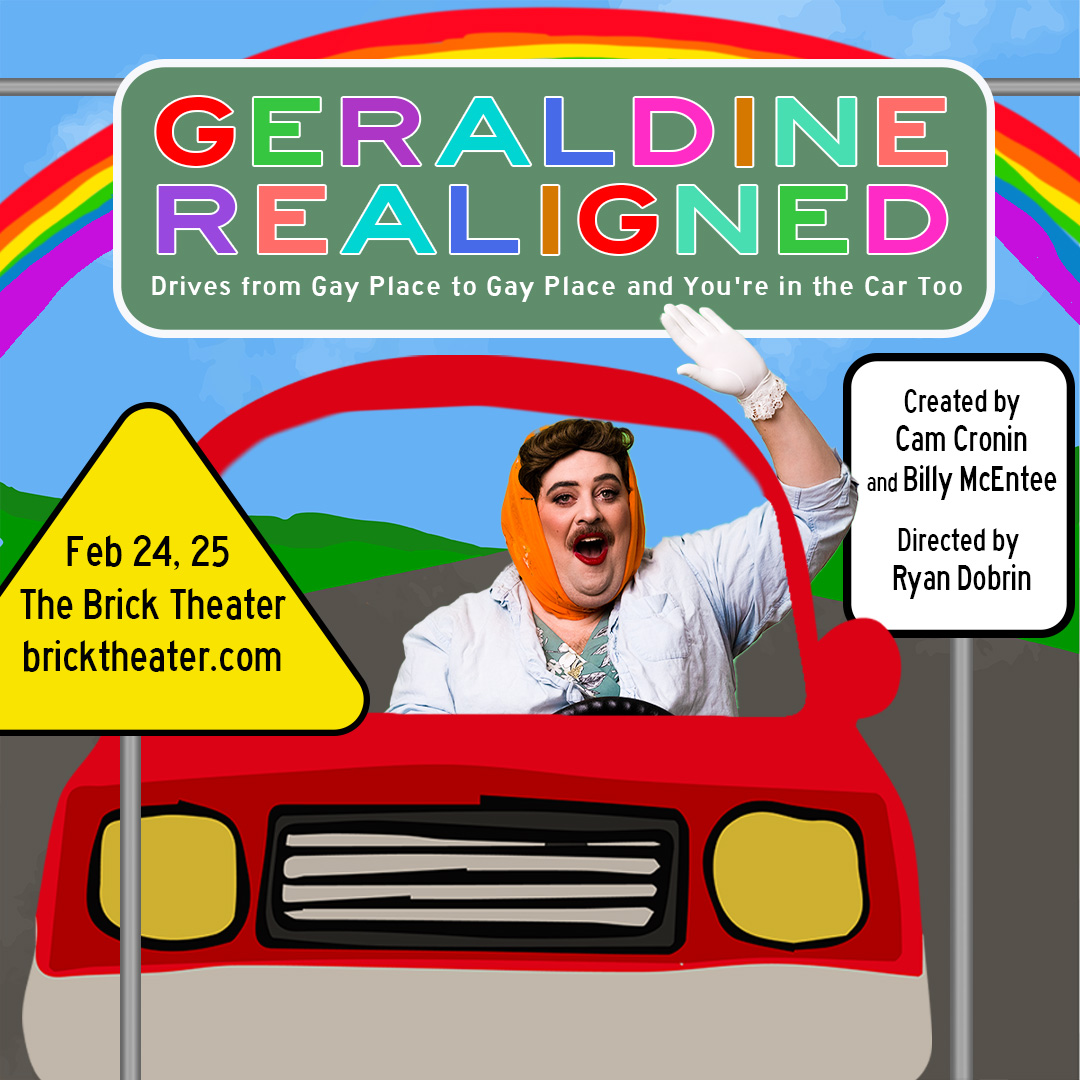 Get a tune up, fill ’er up, and buckle up: Geraldine Realigned Drives from Gay Place to Gay Place and You’re in the Car Too is coming to The Brick (579 Metropolitan Ave) in Brooklyn next month.

Geraldine Realigned is taking you on the road to see America’s Great Gayborhoods! Or…that was her plan, until car woes, detours, and restaurant chains stole her off the main drag. Clumsy and kaleidoscopic, Geraldine’s trip yields data that a consultant named Cam harnesses as research to understand how we form a self. A queer pilgrimage-turned-presentation-turned-performance, Cam and Geraldine’s communion with their audience illuminates how we get to where we want to go.

Cam Cronin stars in this new drag-infused, multimedia solo show directed by Ryan Dobrin (Associate Director, Diana: The Musical on Broadway). Billy McEntee and Cronin co-created this piece that will premiere at Brooklyn’s experimental haven, The Brick Theater, which now presenting its annual Exponential Festival of new works. Geraldine Realigned comes to The Brick February 24 and 25 at 7:30 PM. Tickets are $20 and can be purchased here.

“The show is going to be zippy, moving, and a lot of fun,” McEntee says. “Cam is such a beguiling presence, so audiences can expect a magnetic performance as he takes us on the road but also on a journey of self-discovery — a path that’s anything but straight, which is to say it’s going to be a gay ole time.”

See America’s great gayborhoods with Geraldine Realigned in 60 minutes flat! Should anything go awry, Geraldine’s alter ego — a consultant named Cam, far less zany — will be on hand to course correct, and maybe chitchat about identity formation. Buckle up for a queer road trip that’s one helluva tour (de force). 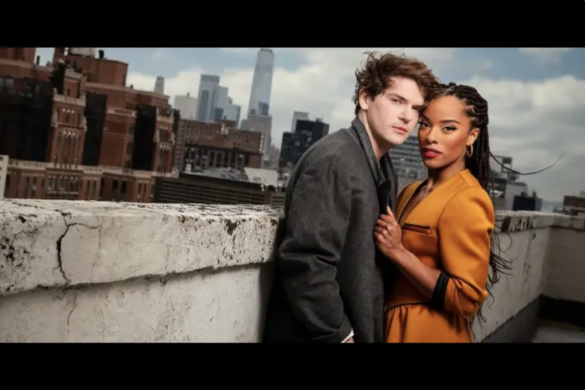