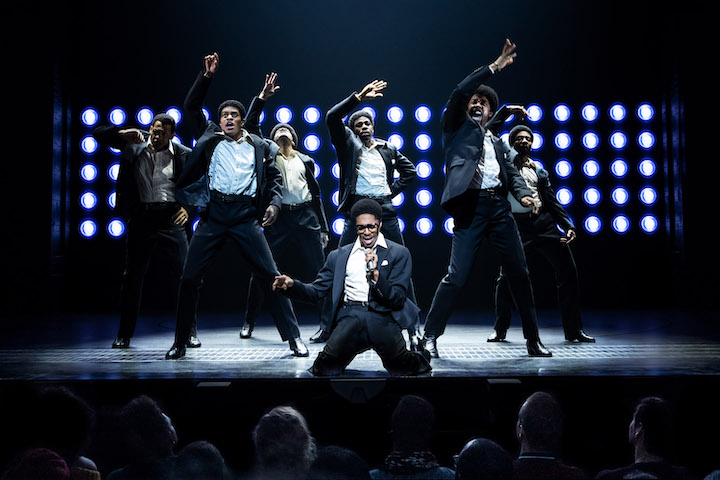 We ain’t too proud to beg for this! UMe will release the Original Broadway Cast Recording of Ain’t Too Proud — The Life and Times of The Temptations this spring, in collaboration with producers Ira Pittelman and Tom Hulce. The digital album dropped on March 22, with the forthcoming CD on April 19, and a double LP vinyl version available on June 7.

Ain’t Too Proud is a new musical that details The Temptations’ legendary path from the Detroit streets to acclaim at the Rock & Roll Hall of Fame. Chock full of signature dances and beloved classic hits including “My Girl”, “Get Ready”, and the title song, Ain’t Too Proud also follows personal and political conflicts within the group, as well as the civil unrest plaguing the United States at the time.

Ain’t Too Proud, written by three-time Obie Award winner Dominique Morisseau and directed by two-time Tony Award winner Des McAnuff, broke house records at out of town tryouts at Berkeley Rep, The Kennedy Center, CTG’s Ahmanson Theatre, and Toronto’s Princess of Wales Theatre, before landing on Broadway at the Imperial Theatre. Previews began on February 28 and opened to positive reviews on March 21. “The exceptional performances, supported by an ensemble that collectively exudes scintillating swagger through Sergio Trujillo’s palpitating choreography, are nothing short of electric,” wrote critic Matthew Wexler.

Catch a sneak peek of the album here.