Top Posts
‘Company’ to Hit the Road on North American...
Meet the Full Cast of ‘Shucked,’ Coming to...
Full Cast for ‘Parade’ Announced
Stephen McKinley Henderson Gives the Performance of His...
The McKittrick Hotel Announces the Return of ‘The...
Broadway Stars Honored with Academy Award Nominations
Taylor Trensch, Danny Wolohan, and More Join the...
A Gay Road Trip Comes to The Brick...
Maude Apatow of ‘Euphoria’ is the Next Audrey...
Tony Award Winners to Star in ‘Hercules’ at...
Home Reviews Controversy and Criticism for ‘American Buffalo’ Broadway Revival
Reviews 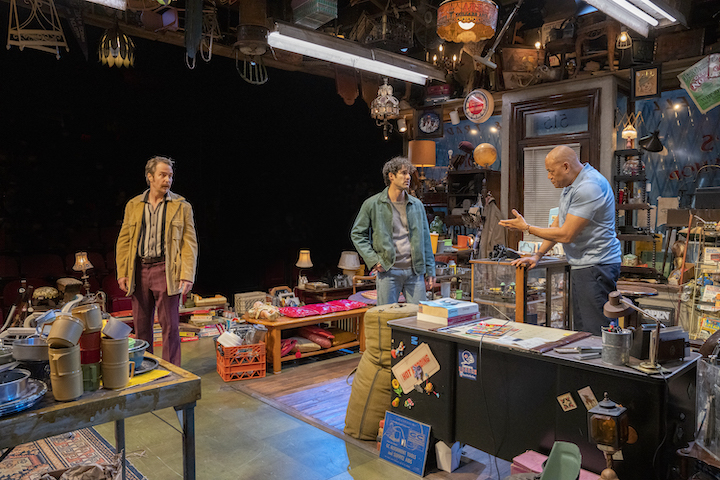 It’s been a busy week for David Mamet: the Pulitzer Prize-winning and highly controversial playwright went from being called out for saying “Teachers are inclined, particularly men because men are predators, to pedophilia” on Fox News to celebrating the starry revival of his 1975 play American Buffalo, now playing at the Circle in the Square Theatre and directed by Neil Pepe.

Mamet’s strong remarks on Fox may have colored how some critics viewed this play, though some still gave the play praise.

Adam Feldman tweeted, “I don’t like David Mamet any more than you probably do right now, but this is a really solid revival of American Buffalo.” In his Recommended, four-star review for Time Out New York, Feldman wrote, “Directed by Neil Pepe with the expert eye for appraisal that the characters lack, this production is vastly superior to American Buffalo’s last Broadway incarnation, which ran briefly back in 2008. The play itself, which marked Mamet’s breakthrough, is as thin as a dime, but it’s got great atmospherics. Although not much happens in the play, which is less a thriller than a loiterer, it somehow seems fast-paced, thanks in large part to the three crack performers who bring it to life. They stride the stage with the game confidence of actors who know exactly how to make Mamet’s monte look full.”

Those three actors are stars Darren Criss, Laurence Fishburne, and Sam Rockwell. In Jesse Green’s Critic’s Pick review for The New York Times, he called out the actors, writing, “In the electric revival that opened on Thursday at Circle in the Square, Teach is embodied with coiled and then terrifyingly uncoiled ferocity by Sam Rockwell, making a great occasion of a great role. When he first skitters into the junk shop run by his poker buddy Don — Laurence Fishburne in a beautifully considered performance — he’s already seething about a petty insult and stalking the joint like a rat-peacock hybrid. By the time he inserts himself into a heist Don is planning with his dim young gofer and protégé, Bobby, played by the angelic if underpowered Darren Criss, he is so hopped up on delusions of profit that he endangers the operation he means to abet.” 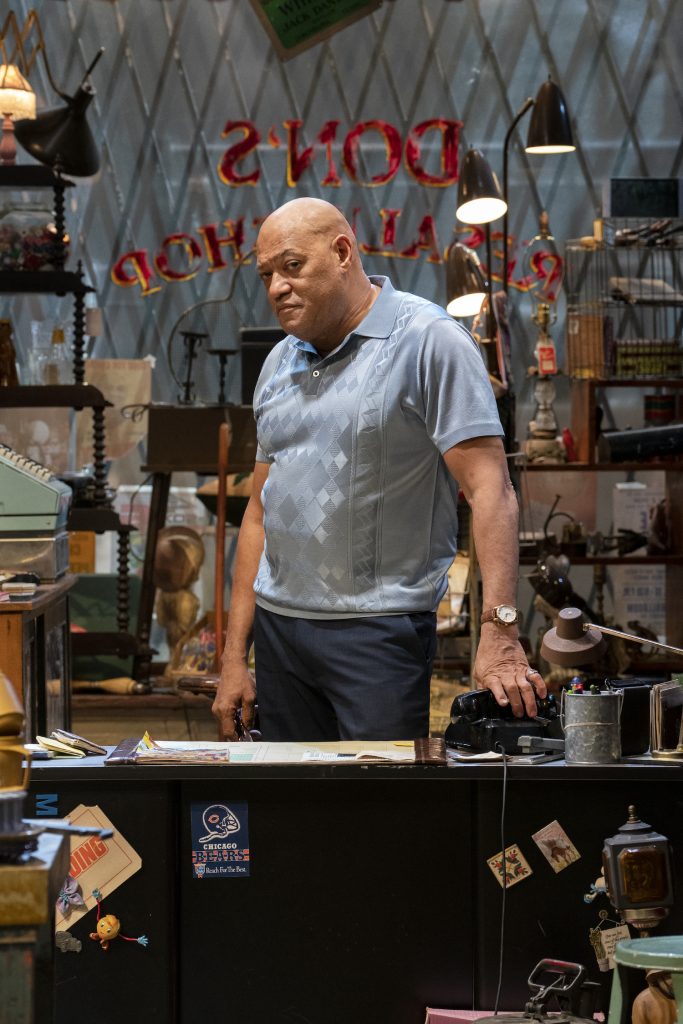 Other reviews were not as favorable; Alexis Soloski for The Guardian gave the show only two stars and called Mamet’s Broadway return “a thud,” and Naveen Kumar for Broadway News discussed the play’s (lack of) enduring relevance: “It may be that ‘American Buffalo’ belongs in the junk shop where it’s set — a token of bicentennial Americana with questionable lasting value. Like the novelty coin at its center, David Mamet’s vulgar and compact heist drama no longer carries practical modern-day currency. It has very little, if anything, to say about American dreams and their fallacies that has not been said many times over — and in more broad-minded and sophisticated ways — since the play’s 1975 premiere. ”

Kumar’s review ends with a tie between Mamet’s rhetoric off the stage and how it impacts what viewers see in the theater: “Never mind the confession that he believes ‘men are predators, which further flattens those he’s written for the stage. Such clear expressions of delusion and ignorance make easy work of separating treasure from trash.”