Top Posts
‘Company’ to Hit the Road on North American...
Meet the Full Cast of ‘Shucked,’ Coming to...
Full Cast for ‘Parade’ Announced
Stephen McKinley Henderson Gives the Performance of His...
The McKittrick Hotel Announces the Return of ‘The...
Broadway Stars Honored with Academy Award Nominations
Taylor Trensch, Danny Wolohan, and More Join the...
A Gay Road Trip Comes to The Brick...
Maude Apatow of ‘Euphoria’ is the Next Audrey...
Tony Award Winners to Star in ‘Hercules’ at...
Home Beyond Broadway ‘American Mariachi’ Delivers a Joyous Return to Live Theater
Beyond BroadwayReviews 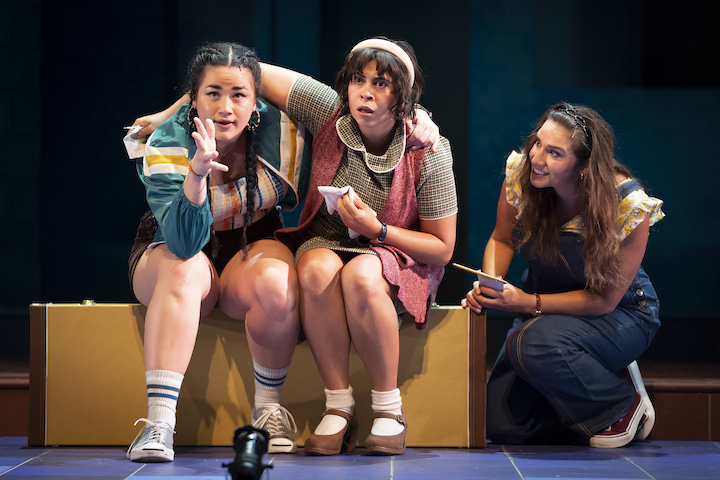 We all love an underdog story. Seeing a group of misfits come together, work toward a common goal and find the power within themselves and each other is always satisfying. Sure, it’s also a trope; however, as the world continues to be an uncertain place, a little comfort goes a long way.

American Mariachi is that story, featuring a group often underrepresented in American theater: Latinx women. In José Cruz González’s new play, co-produced by Chicago’s Goodman Theatre and the Dallas Theater Center, they want to form an all-female mariachi band, pushing against the cultural norms of the 1970s that dictate mariachi is only for men (because heaven forbid women go to bars late at night). These women aren’t victims: they’re caretakers, Jesus freaks and lost souls searching for a purpose. They love their culture and are fighting to be an active part of it. And for an audience deprived of live theater for the past 18 months, American Mariachi is a musical underdog story that’s joyous to behold.

The play opens with Amalia (Gigi Cervantes) surrounded by mariachi musicians, her face the epitome of exultation as she takes in the visual and aural spectacle. Then just as quickly, the illusion fades and real life sets in: Amalia is quickly losing her memory, mostly nonverbal and housebound, under the care of her adult daughter Lucha (Tiffany Solano). 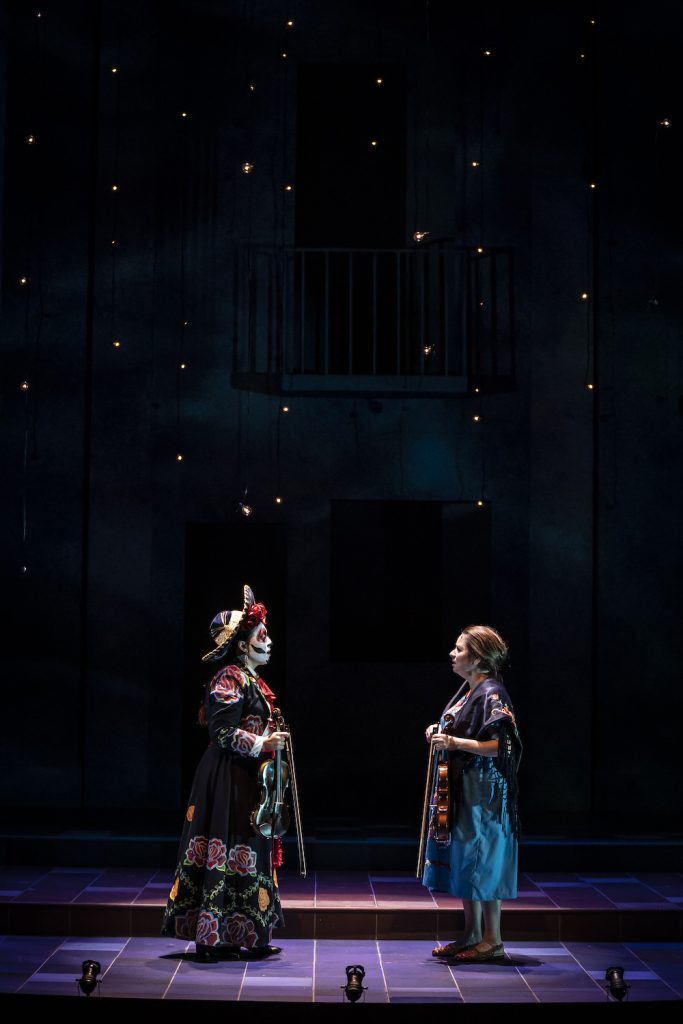 Though devoted to her mother, Lucha also wants to be a nurse, but her father, mariachi musician Federico (Ricardo Gutiérrez), insists she put family first, even when it means missing a final exam. When Lucha and her cousin Boli (Lucy Godínez) notice how Amalia reacts to a homemade record, they decide to recreate the song—even though they don’t know how to play. With the help of Lucha’s godfather Mino (Bobby Plasencia), mysteriously estranged from the family for years, the women recruit band members and learn to make their own music… but what happens if, and when, Federico finds out?

American Mariachi’s production is its own underdog story: the show had its final dress rehearsal in Dallas in March 2020, just as the world shut down due to COVID-19. Eighteen months later, as the world makes its way toward a new normal, American Mariachi opened in Chicago to a wildly enthusiastic crowd, who cheered as the pre-show announcement was made in both English and  Spanish. At a tight 95 minutes, the production is a perfect transition for a crowd still accustomed to Netflix binges and Zoom productions. Onstage musical intervals provided by Sones de Mexico Ensemble and Eréndira Izguerra (from Mariachi Sirenas, Chicago’s all-female mariachi band, who also plays Amalia’s deceased Tía Carmen) emphasize the complex role mariachi plays in this story: a gateway to happy memories, a stark reminder of its exclusion of women and a newfound purpose for Lucha, Boli and their bandmates.

Both playwright González and director Henry Godinez, Goodman’s Resident Artistic Associate who will also helm the theater’s next production, bring forth American Mariachi’s story with a deep understanding of the patriarchal 1970s setting and the music that both divides people and brings them together. The performers are as stunning as the score, especially Solano’s soulful Lucha, Godínez’s wisecracking Boli, and Gloria Vivica Benavides as their bandmate Soyla, a libertine hairstylist who can’t sing or play but is always up for a challenge. But it’s Cervantes who captivates, going back and forth in time as Amalia remembers happy times with her aunt Carmen and her own husband Federico, who never let her explain a crucial misunderstanding until it was too late.

American Mariachi is Goodman’s second post-pandemic production, and it’s solid from beginning to end—only one song, performed in English by the women of the band about their own inner feelings, feels superfluous to an already-strong plot. González’s script is as vibrant as Danielle Nieves’ bright red mariachi costumes the women sport in the play’s bittersweet final scene and is absolutely meant to be enjoyed live. As the lights went down, my sister and I looked at one another, eyes bright over our masks. “We’re here,” I said to her excitedly. “We’re finally here.”

Lauren Emily Whalen is a 2018 alumna of the National Critics Institute and author of the young adult novels TWO WINTERS and the forthcoming TAKE HER DOWN (2022). For more, visit laurenemilywrites.com.