Top Posts
‘Company’ to Hit the Road on North American...
Meet the Full Cast of ‘Shucked,’ Coming to...
Full Cast for ‘Parade’ Announced
Stephen McKinley Henderson Gives the Performance of His...
The McKittrick Hotel Announces the Return of ‘The...
Broadway Stars Honored with Academy Award Nominations
Taylor Trensch, Danny Wolohan, and More Join the...
A Gay Road Trip Comes to The Brick...
Maude Apatow of ‘Euphoria’ is the Next Audrey...
Tony Award Winners to Star in ‘Hercules’ at...
Home Beyond Broadway In ‘Anatomy of a Suicide,’ 3 Generations of Women Face a Painful Legacy
Beyond BroadwayReviews 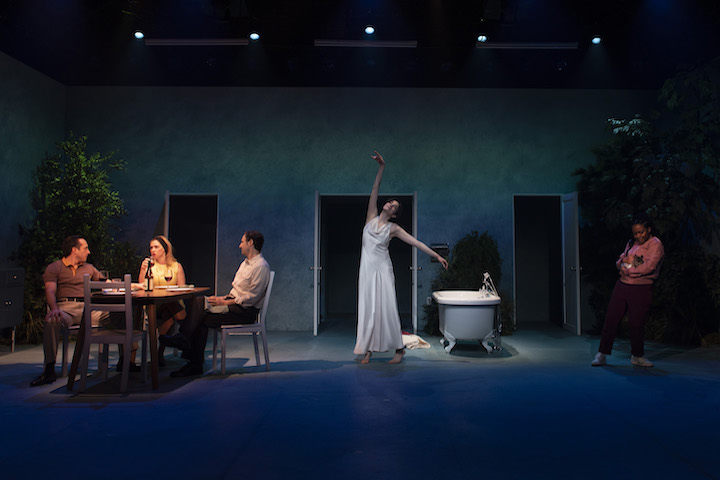 Aside from a few laughs, Anatomy of a Suicide, by British writer Alice Birch, is every bit as dark as its title portends. That title, in fact, is inaccurate. The play actually includes two suicides and a potential third. Excellently acted, directed, and designed, its unconventional structure dissipates its impact, casting a haze around material that deserves to be more visceral.

First produced at London’s Royal Court Theatre, winner of the Susan Smith Blackburn Prize in 2018, and now presented by Atlantic Theater Company, Anatomy of a Suicide is a domestic drama about three women, Carol (Carla Gugino), her daughter, Anna (Celeste Arias), and Anna’s daughter, Bonnie (Gabby Beans), each plagued by a genetic tendency towards self-destruction.

As in her earlier play, Revolt. She Said. Revolt Again, Birch (who wrote the indie film, Lady Macbeth) uses a novel narrative method to tell her story. She has essentially written three separate plays, one each for her main characters, but with their dialogue so carefully intertwined that they can be simultaneously performed.

Birch’s script, typed in landscape format, reads like a musical score, with a leitmotif of words and images—radiance, childbirth, swimming, fish, fishing, motherhood, and the family home, for example—woven in. It shows each scene alongside its partners, everything precisely calculated, including pauses, physical actions, and overlapping dialogue, so that two or three scenes can be performed at the same time.

Scenic designer Mariana Sanchez lifts the play off the page with a relatively neutral, blue-green, box set featuring three upstage doors, and one in either side wall. Foliage, both lush and desiccated, surrounds the perimeter. Nothing specifies the time periods, but the British production—whose ambiance was much shabbier—had signs indicating that Carol’s story takes place from the 1970s to the 1990s, Anna’s from the 1990s to the 2000s, and Bonnie’s in the 2030s.

Often, words spoken in one scene are echoed in another, reflecting the continuity in these women’s lives. Except for a few longer speeches, the dialogue is mostly rapid-fire telegraphese. Ideally, we should be able to follow the well-meshed dramaturgy with little trouble.

Still, even with director Lileana Blain-Cruz’s beautifully orchestrated calibration, it’s often a struggle to determine where to place our focus. Just as we’re getting involved in one situation, we must turn our attention elsewhere, forcing us to miss (or think we’ve missed) relevant exposition. 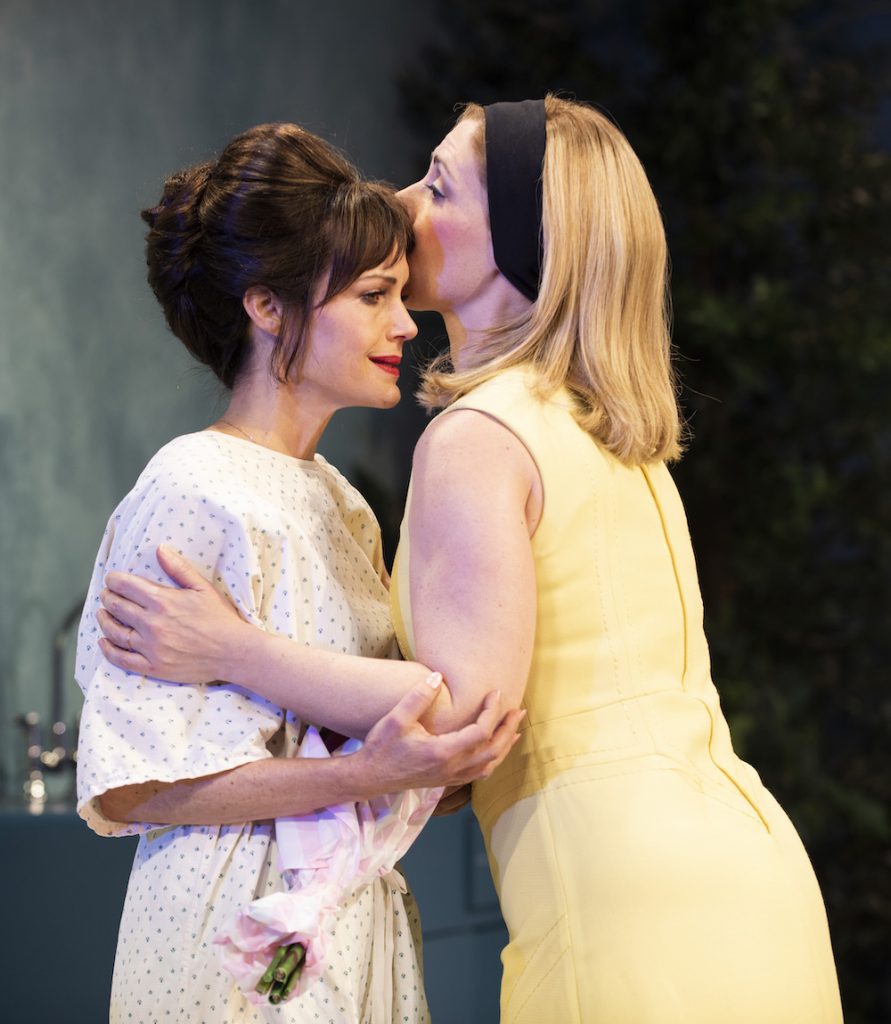 Carol, a beautiful, chain-smoking housewife, has tried killing herself by slitting her wrists, along with other self-destructive tactics. We follow her struggles to control her impulses, the difficulty she has dealing with motherhood after she gives birth to Anna, electro-shock treatment, family tensions, and her determination to live only until Anna is in her teens. No background for her depression is given.

Similarly, we view the unhappy life of Bonnie, Carol’s granddaughter and Anna’s daughter, a lesbian physician. Her troubled love life, professional problems, and determination to end the family cycle occupy her stage time.

An excellent ensemble supports the trio, with Miriam Silverman (as a meddling sister-in-law) and Richard Topol (as Carla’s husband), especially, making every moment count. Various others fill out the picture, including three teenage girls (Ava Briglia) and various doctors, family members and lovers played by Jason Babinsky, Jo Mei, and Vince Nappo. Occasionally, their lack of individuality further clouds our comprehension.

Gugino’s Carol (TV’s “Jett”) holds the stage with hypnotic intensity, even when doing little more than sitting, cigarette in hand and staring into the void. Arias’s fidgety Anna is a case study in nervous energy, tugging at her skirt almost as if it’s burning her flesh. Beans’s Bonnie has a solidity whose cracks grow increasingly visible.

Anatomy of a Suicide, despite its technical expertise, thematic angst and structural organization referenced in the play’s title, never socked me in the gut. 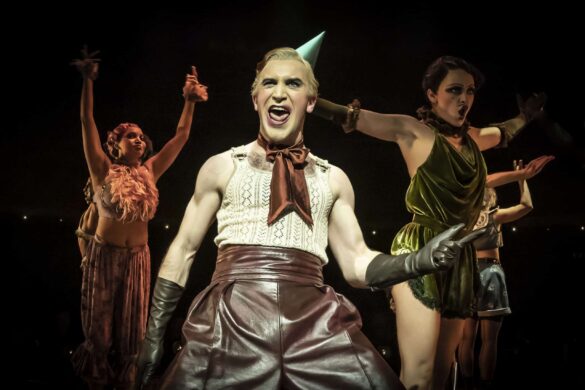