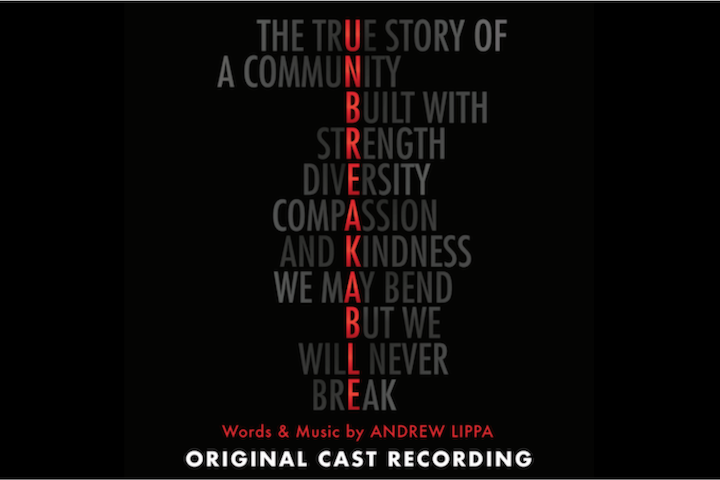 Get ready to rejoice and sing along loudly, for Unbreakable, a musical exploration of the LGBTQ experience in America through the expert composition of Andrew Lippa, will be available (physical, digital, and streaming formats) through Ghostlight Records beginning February 8.

Lippa has a host of Broadway credits: he provided arrangements and supervisions for You’re A Good Man, Charlie Brown (1999), composed the music for The Farnsworth Invention (2007), wrote the Tony-nominated score for The Addam’s Family (2010), and the Drama Desk Award-nominated Big Fish (2013). He made his stage debut alongside Kristin Chenoweth, the Orchestra of St Luke’s, and the 120-member All Star Broadway Chorus in a concert entitled I Am Harvey Milk in 2013at Lincoln Center’s Avery Fisher Hall.

Unbreakable centers on a specialized selection of narratives across the American LGBTQ historical landscape from 1900 to present day; the work is inspired by African American playwright August Wilson’s series of plays on the black experience across the 20th century and lauds the power and stability of a disenfranchised people. Among the historical inclusions are Harvard’s “Secret Court” of 1920, the life of Sylvia Rivera, a transgender and gay activist, and the work of Bayard Rustin, a black gay social-justice activist and advocate who worked with Martin Luther King, Jr.

“Unbreakable is celebration; it is derision; it is memory; it is aspiration; it is wholeness and brokenness and loss and suicide and disease and triumph and creativity and joy.  It is us,” said Lippa in a statement. “To be Unbreakable means you are made of something strong,” he continues. “Our gay community IS made of that kind of strength. Throw your worst at us: misguided law; disease; derision; dismissal. We will always rise. We will always hold hands and remind you we are, and always have been, Unbreakable.”