Fire up those speakers, grab a microphone/hairbrush, and warn the neighbors—it’s cast album day at the Broadway Blog!

The inimitable Sutton Foster and her shipmates from the Tony Award-winning revival of Anything Goes make digital waves today as the official cast album is made available for download. For those who still associate the term “jewel case” with music and not a glittering collection of diamond tiaras, the Ghostlight Records release will also be available in “physical” copies as of September 23. Either way, you can’t go wrong with this rousing collection of Cole Porter gems.

Not to be outdone, PS Classics announced they will be heading into the studio to capture the new Broadway revival of Follies for a showtune-loving, history-correcting, two-disc set (the original Broadway cast album was notoriously cut down to a single disc). Bernadette Peters, Jan Maxwell, and the rest of the company (not to be confused with the cast of Company) will record the album October 3 & 4, in time for a late November and holiday gift-giving release. If you think you might be on Santa’s naughty list, pre-order your own copy here.

With all this talk of cast albums (never “Soundtrack,” Philistine), everybody hop into the comments and tell me which Broadway recordings you listen to the most. To get the ball rolling, my top three songs (via an embarrassing and shockingly Sondheim-free look at my iTunes “most-played” list) are…

3. “People” from Funny Girl, Barbra Streisand: Mom would be proud. She liked to clean the house to her Guilty album. In fact, I think I heard more Babs around my house growing up than any other artist.  I’m a walking cliche.

2. “New Music” from Ragtime, Original Cast (No recording available online): Lovely to see a dark horse candidate and one of my favorite music theater moments rise to the top of this odd list. This song fuses intricate storytelling, simple lyrics (which are the hardest to write), and a romantic flourish of melody to give me goosebumps every time. I personally don’t think you need “Wheels of a Dream” after this song. I get all I need from this masterful piece of writing by the under-appreciated Ahrens and Flaherty.

1. “Mama Who Bore Me” from Spring Awakening, Lea Michele: I suspect foul play…or should I say partner play. This is what happens when you share a computer. I love the singing and vocal arrangements in this show, but I don’t think I often listen to it myself.  My partner must be dancing around and getting his inner Glee on when I’m not around. 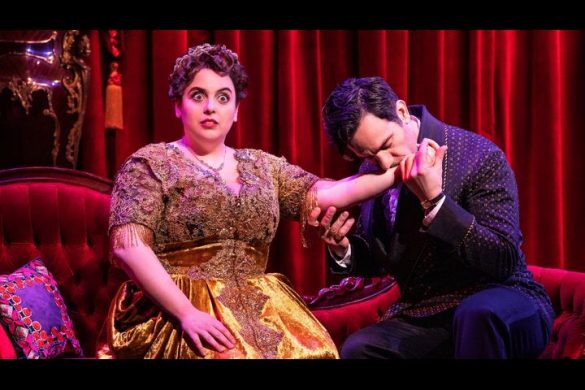