Austin Pendleton, who turns 77 in March, continues to be one of the most ubiquitous presences on the New York stage, appearing in or directing several Off-Broadway plays every year. Unfortunately, while he’s done excellent work in both capacities, he often chooses wilted flowers like Stuart Fail’s Consider the Lilies, now presented by House Red Theatre Company at the TBG Theatre.

Billed as “A World Premiere Play” even though it was produced in 2013 at the Minneapolis Theater Garage, this shapeless effort casts Pendleton as Paul, a gay, aging, once successful artist (for what, incredibly, seems like a single painting of lilies), living in Paris in Act One and New York in Act Two.

The irritatingly unlovable Paul is coupled with his earnest, much younger agent, David (Eric Joshua Davis), a failed actor who’s left his girlfriend, Angela (Liarra Michelle), in New York while he struggles to drum up Parisian gallery interest in Paul’s work. Paul, though, is a misogynistic drunk (“the vagina is the enemy”) suffering from painter’s block, thinking he’s washed up, and also from his feelings for David. The latter, who insists on his straightness while Paul insists he’s in the closet, has a conflicted relationship with Angela, whose relationship with someone else while David’s abroad culminates in clichéd consequences.

For two and a half seemingly endless hours we watch the self-pitying Paul and the self-pitying David go round and round wallowing in the same who-cares issues while surrounded by a sea of soap opera bubbles. Father-son themes float about, but there’s very little exploration of the paternal relationship palpitating between the elderly Paul and the decades younger David; as performed, this relationship is as unconvincing as the poorly executed props serving as examples of Paul’s paintings.

The playwright also presents several seriously improbable situations, like having David and Angela, both nearly broke, meet up again on a Circle Line cruise around Manhattan. And audiences may be surprised to see an important piece of news delivered by telegram (still possible, although not via Western Union). Here, though, it’s introduced so that Paul can have the courier (Alec Merced) enter his apartment and read it aloud in a play where phones don’t seem to exist. (L to R) Austin Pendleton and Eric Joshua Davis in ‘Consider the Lilies.’ (Photo: Talya Chalef via The Broadway Blog.)

If ever a play needed sharp direction this is it; instead, its structural weakness is exaggerated by Fail’s egregiously sloppy staging on a bland, shabby-looking set of beige apartment walls, amateurishly designed and even more amateurishly lit by S. Watson; apart from changes in the minimal furnishings, the room is precisely the same for both Paris and New York, with the same blank view out of an upstage window.

Fail’s pacing is ragged, his actors seem to be blocking themselves on the fly, most scenes lack dynamic tension, and, sadly, much of the acting is inadequate. There’s one memorable feature, though: Andy Evan Cohen’s jazzy-blues sound design for the scene changes.

Pendleton, with his impish quirkiness, can be delightful when playing the right role; however, he’s anything but an acting chameleon. Here he resorts to his familiar bag of mannerisms: making jittery hand and foot movements; rubbing his face or racing his hands through his thinning, white hair, when agitated; delivering speeches to the floor instead of the person he’s addressing; coupling sudden bursts of anger with equally sudden retreats into quiescence; and smiling ironically when delivering painful remarks.

If you’re considering Consider the Lilies I’d advise you to reconsider. 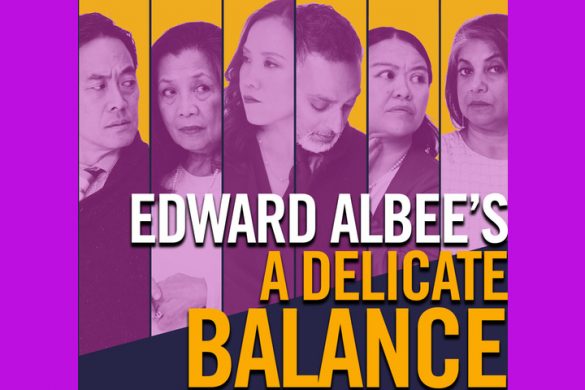