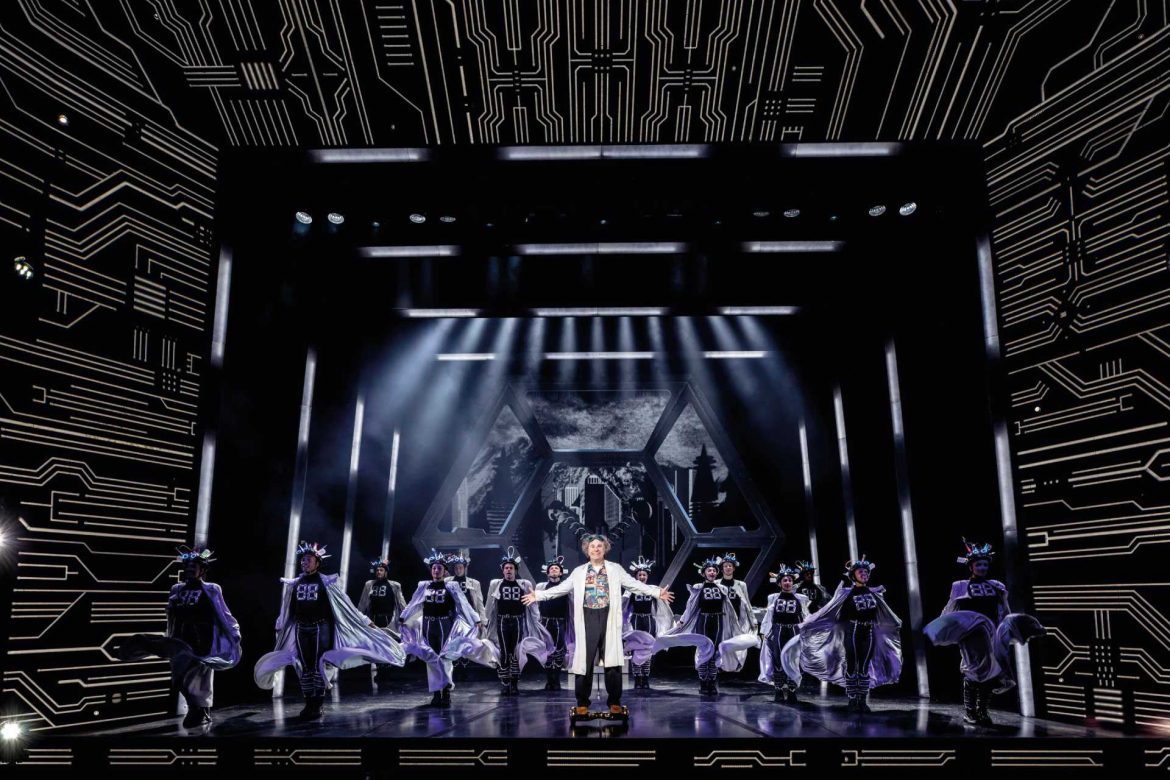 Roger Bart and the company of ‘Back to the Future: The Musical’ (photo: Sean Ebsworth Barnes)

Back to the Future: The Musical has made its Broadway transfer official. The West End smash hit, based on the beloved 1985 movie of the same name, will arrive at the Winter Garden Theatre on June 30, 2023, with an official opening set for August 3.

Two members of the West End cast will follow the show to Broadway: Tony Award winner Roger Bart, who plays Doc Brown (the role made famous on screen by Christopher Lloyd), and Olivier Award nominee Hugh Coles, who plays George McFly. Further casting, including for the lead role of Marty McFly, will be announced at a later date.

Back to the Future: The Musical has a book by Bob Gale and new music and lyrics by Emmy and Grammy winner Alan Silvestri and six-time Grammy winner Glen Ballard, with additional songs from the film, including “The Power of Love” and “Johnny B. Goode.”

Marty McFly is a rock ‘n’ roll teenager who is accidentally transported back to 1955 in a time-travelling DeLorean invented by his friend, Dr. Emmett Brown. But before he can return to 1985, Marty must make sure his high school-aged parents fall in love in order to save his own existence.

Back to the Future: The Musical won the 2022 Olivier Award for Best New Musical, and received seven nominations total.