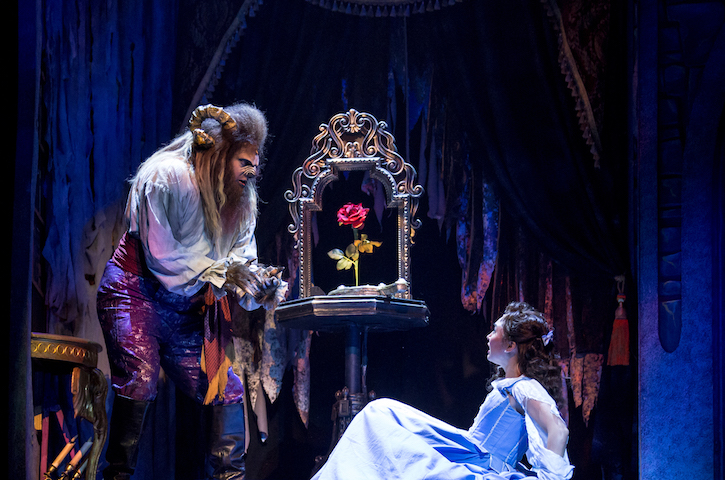 There’s not always a need to reinvent the wheel, but nothing says you can spruce it up with confetti and flair. That’s exactly what Paper Mill Playhouse is doing with their opulent new production of Disney’s Beauty and The Beast. 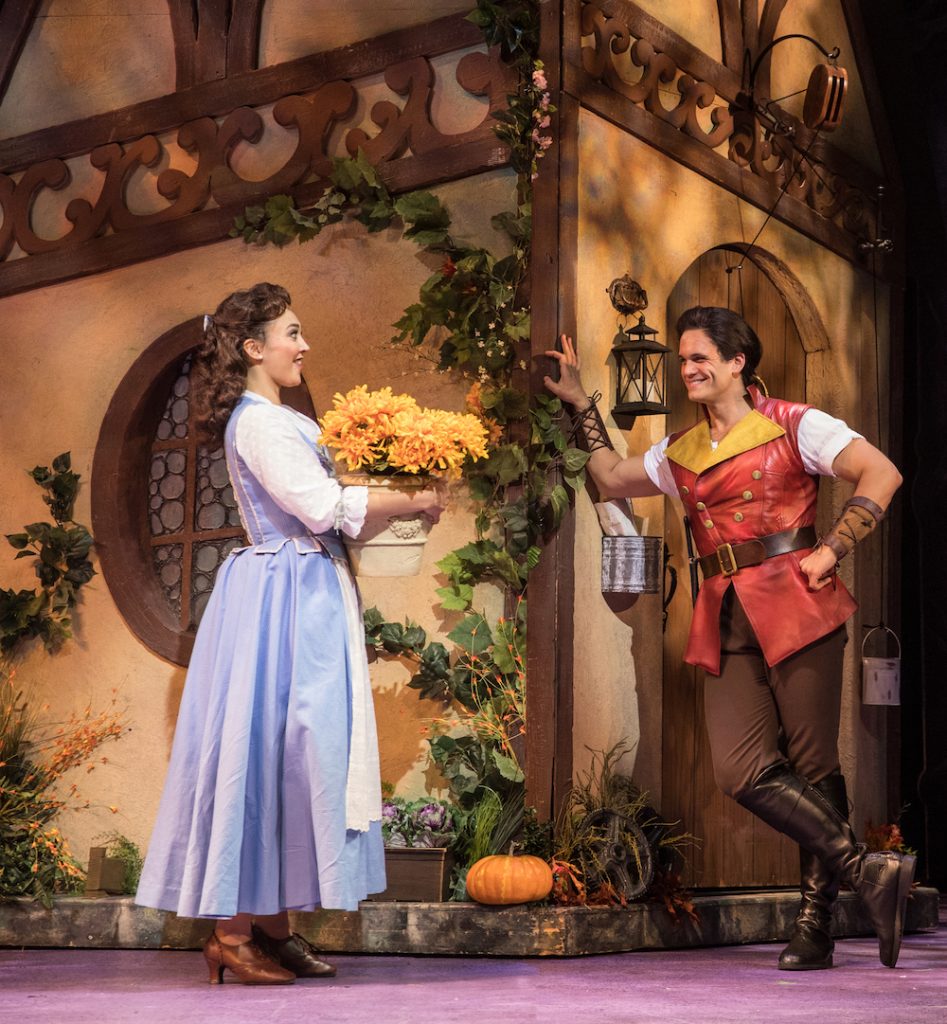 Belinda Allyn and Stephen Mark Lukas in ‘Beauty and the Beast.’ (Photo: Evan Zimmerman for MurphyMade)

Broadway’s tenth-longest running musical opened in April 1994 and continues to be staged around the world by both amateur groups and professional companies. This year marks its 25th anniversary, along with a recent announcement from Disney Theatrical President Thomas Schumacher that a revival is in the works. He and his team would be wise to make a pilgrimage to Millburn for inspiration. Given the audience’s enthusiasm on opening night — including applause at the beginning of “Be Our Guest” and again during a minor costume change — its clear that Paper Mill has a hit on their hands.

I’ll admit to being a bit of a snob when it comes to Disney’s adaptations of their animated properties. I initially aligned myself with theater purists who first decried Beauty and the Beast as heresy and I agreed with critic David Richards’ New York Times assessment: “it is clearly the product of a company that prizes its winning formulas. Inspiration has less to do with it than tireless industry.”

Nearly two hours after I caught myself grinning ear to ear, Mrs. Potts (Stacia Fernandez) entered to perform the title song. Suddenly, I was moved by the late Howard Ashman’s lyric:

Bittersweet and strange, finding you can change, learning you were wrong.

While Fernandez performed, two rapt young ladies, seated beside their parents, sang along. Might they be the future Belles on Broadway, I wondered? If that didn’t plant a seed of inspiration, I’m not sure what will.

This isn’t to suggest that Paper Mill’s Beauty and the Beast is exclusively children’s fare. On the contrary, it exudes so much charm that even the crankiest adults will be seduced by its magical spell.

Much of that seduction can be attributed to Alan Menken’s Tony-nominated (and Academy Award-winning score), Howard Ashman and Tim Rice’s sensitive lyrics, and Linda Woolverton’s well-crafted book. They could easily have thrown together a slipshod version of the fairy tale by French author Jeanne-Marie Leprince de Beaumont. Instead, these theater makers found the warmth, heart and humanity of the story.

Director Mark S. Hoebee transferred these same elements to the Paper Mill stage. Hoebee knows the shows well, having been a cast member in the original Broadway company. His personal attachment to the material is a huge asset. With help from stalwart casting agents Telsey and Company, they’ve assembled a first-rate cast with marvelous chemistry.

Belinda Allyn (Allegiance) imbues Belle with wide-eyed earnestness without being overly saccharine. It’s a fine line, but she walks it carefully and instantly endears herself to the audience.

Stephen Mark Lukas is a winning Gaston, both physically and vocally. It’s also a tough role to tackle, given the antagonistic nature. With the addition of his ambiguously gay sidekick, Lefou (played to the hilarious hilt by Kevin Curtis), Lukas portrays him more as a buffoonish narcissist than a downright evil villain.

That bill is filled by Tally Sessions, who brings much empathy to the role of the tortured Beast. There is little doubt that Matt Kraus’ sound design enhanced his rich baritone voice, but Sessions still holds his own with natural talent, especially in the Act I closing number, “If I Can’t Love Her.” 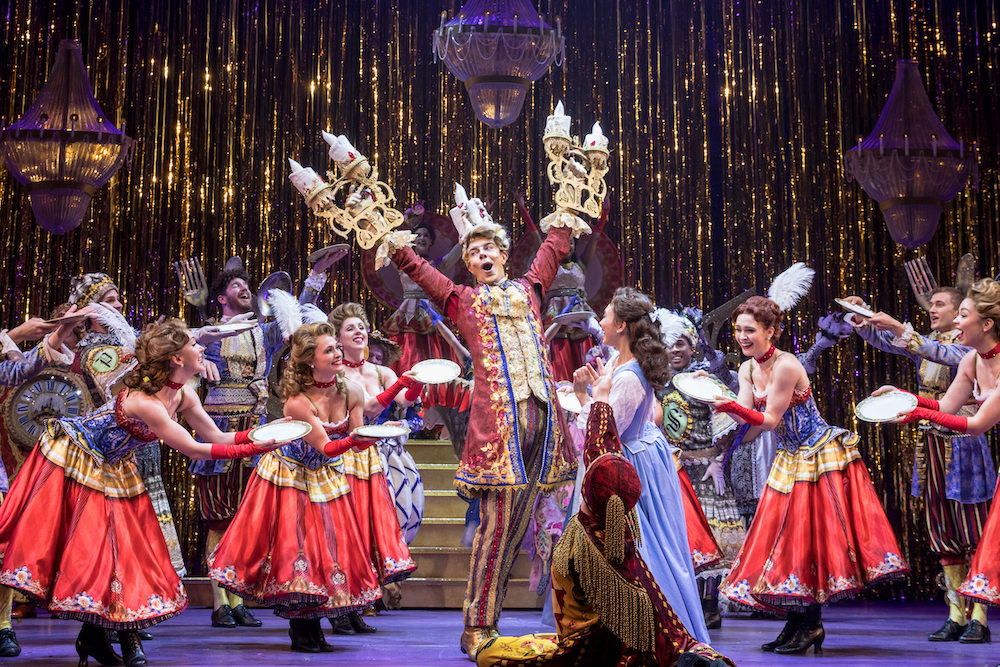 Gavin Lee and the cast of ‘Beauty and the Beast.’ (Photo: Evan Zimmerman for MurphyMade)

Paper Mill can be proud to be closing its 80th season with Beauty and The Beast. With constant uncertainty and fear in the real world, it’s a pleasant respite to escape to this enchanted land of happy ever after.