Top Posts
‘Company’ to Hit the Road on North American...
Meet the Full Cast of ‘Shucked,’ Coming to...
Full Cast for ‘Parade’ Announced
Stephen McKinley Henderson Gives the Performance of His...
The McKittrick Hotel Announces the Return of ‘The...
Broadway Stars Honored with Academy Award Nominations
Taylor Trensch, Danny Wolohan, and More Join the...
A Gay Road Trip Comes to The Brick...
Maude Apatow of ‘Euphoria’ is the Next Audrey...
Tony Award Winners to Star in ‘Hercules’ at...
Home Reviews Drink with Caution: ‘Beetlejuice’ Opens on Broadway
Reviews 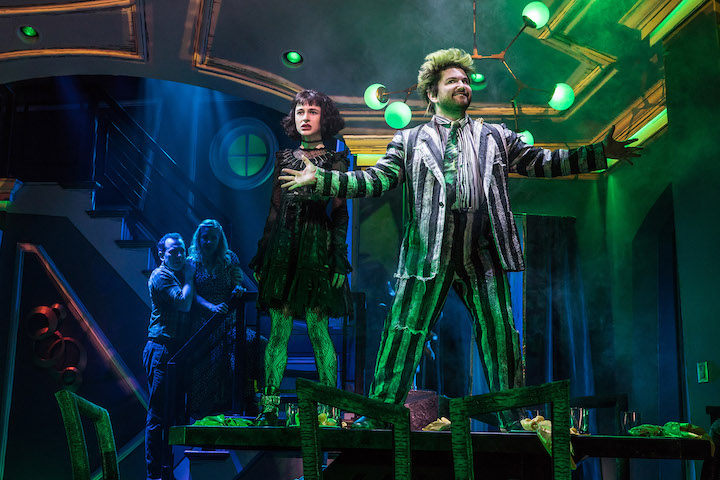 About 15 minutes into Beetlejuice, the latest movie-to-musical adaptation to claw its way to Broadway, my eyes began to wander throughout the ornate Winter Garden Theatre. I wondered how quickly the ghosts of its former residents, such as Gypsy, West Side Story and 42nd Street, would be welcoming this garishly pandering endeavor to the afterlife.

The loose plot, executed with varying degrees of humor ranging from laugh-out-loud to offensive, keeps things moving at a pace befitting a Universal Studios theme park show. Unfortunately (not unlike King Kong, its lumbering neighbor a few blocks north), the $21 million spectacle suffers an artistic heart attack from over-exertion.

That isn’t to say that some audience won’t appreciate scenic designer David Korns’ various forced-perspective sets, richly illuminated by lighting designer Kenneth Posner, or the exquisite costume designs of William Ivey Long, including a gratuitous but delightful monochromatic collection for the curtain call. Getting to that point, though, may be the death of you.

Brightman (School of Rock) vacillates from high comedy to foul-mouthed deadpan. When he sings in the opening number, “I do this bullshit like eight times a week,” you have to feel for the guy. One hopes that his guttural inflections don’t permanently damage his vocal cords for whatever opportunities lie ahead.

Caruso, taking on a role iconically stamped by a young Winona Ryder, also has a bright future. Here, her adolescent angst well serves composer Eddie Perfect’s moody melodies, though each number ends with an ambiguously defiant stance, fist to the air as if she were going take flight. 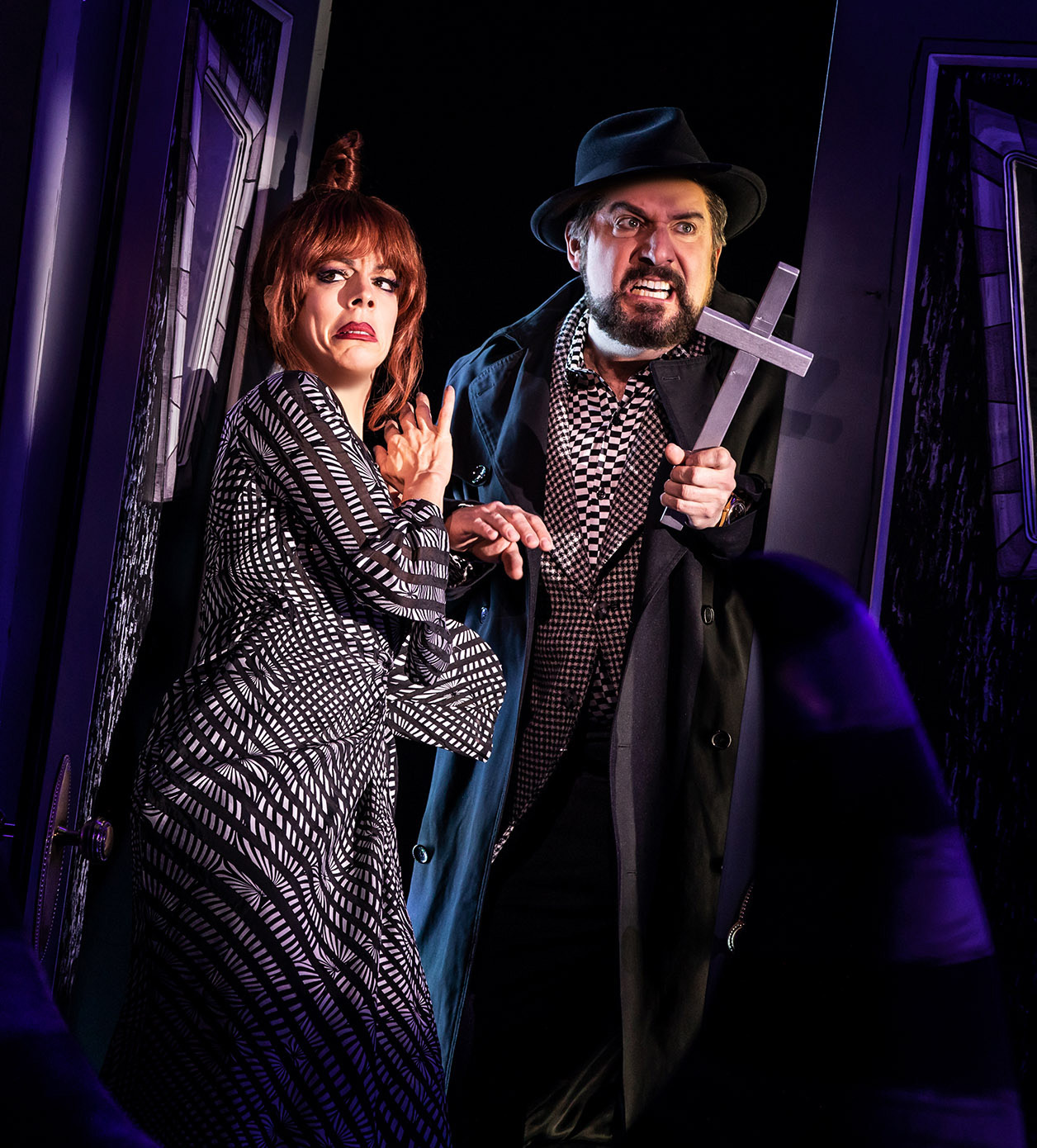 The real gem of the bunch, though (and long overdue for her time in the Broadway spotlight), is Kritzer, who most adeptly manages to strike the chord of brash humor and endearing vulnerability. With the comedic timing of Lucille Ball and a stratospheric vocal range, one hopes that her journey to the Netherworld might also open doors to future leading roles.

Besides its film fans, it’s unclear for whom Beetlejuice is intended. Scott Brown and Anthony King’s book frequently drops f-bombs — fine for teens but perhaps unnecessarily crude for tots. More disconcerting is its dated and offensive stereotyping of same-sex attraction as the butt of crude jokes. Unapologetically polyamorous, Beetlejuice pinches, gropes and harasses Adam, and we’re all supposed to guffaw at his advances. But it’s not funny. More worrisome is its cliché message about hypersexualizing gay culture, exemplifying book writers Scott Brown and Anthony King’s strained attempts at shock value.

Director Alex Timbers, who also helmed the short-lived Rocky, returns this summer with the highly-anticipated Moulin Rouge! His efforts here will likely soon be forgotten, as will the death of another Broadway musical. In an uncomfortable bit of cultural appropriation, Miss Argentina in the Underworld sings, “Ask the recently deceased, death is final and you cannot press rewind.” Let’s keep it that way.

Matthew Wexler is The Broadway Blog editor and chief critic. Read more of his work at wexlerwrites.com.