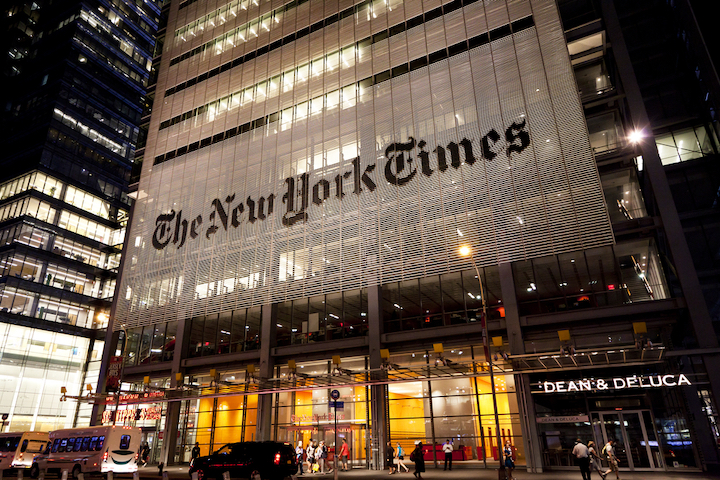 His cultural legacy at one of the country’s most formidable papers lasted 27 years, but come October, Ben Brantley will no longer be the chief theater critic of the New York Times.

“This pandemic pause in the great, energizing party that is the theater seemed to me like a good moment to slip out the door,” said Brantley in a statement.

Culture editor Gilbert Cruz will step into Brantley’s role, which will still be shared by Jesse Green. Other staffers will remain on board, including Scott Heller as theater editor; Michael Paulson, theater reporter; Maya Phillips, arts criticism fellow; and Sara Krulwich, theater photographer. The Times has also features a roster of freelance contributors, including Naveen Kumar and Alexis Solowski, among others.

The end of an era at @nytimestheater: Ben Brantley, who joined the paper in 1993 and became chief theater critic three years later, is announcing today that he is stepping down. His last day on the job is Oct. 15.

While the lens of theater criticism at the Times will undoubtedly readjust upon Brantley’s departure, and likely, include a concerted effort to create space for more diverse voices among the publication’s lead critics, his impact over nearly 30 years — for better or worse — is palpable.

“Over the course of his tenure at the newspaper, Brantley’s name has become a formidable be-all and end-all of the New York theater scene,” wrote Charlotte Barnett for The Observer. “A Ben Brantley review is one of the first reviews to be read the morning after a premiere; it’s the review that’s muttered and quoted, tossed around coffee shops on the west side of Manhattan as the day’s juiciest gossip.”