Top Posts
‘Company’ to Hit the Road on North American...
Meet the Full Cast of ‘Shucked,’ Coming to...
Full Cast for ‘Parade’ Announced
Stephen McKinley Henderson Gives the Performance of His...
The McKittrick Hotel Announces the Return of ‘The...
Broadway Stars Honored with Academy Award Nominations
Taylor Trensch, Danny Wolohan, and More Join the...
A Gay Road Trip Comes to The Brick...
Maude Apatow of ‘Euphoria’ is the Next Audrey...
Tony Award Winners to Star in ‘Hercules’ at...
Home Buzz Ben Platt Slated to Host 2019 Jimmy Awards
BuzzShow Folk 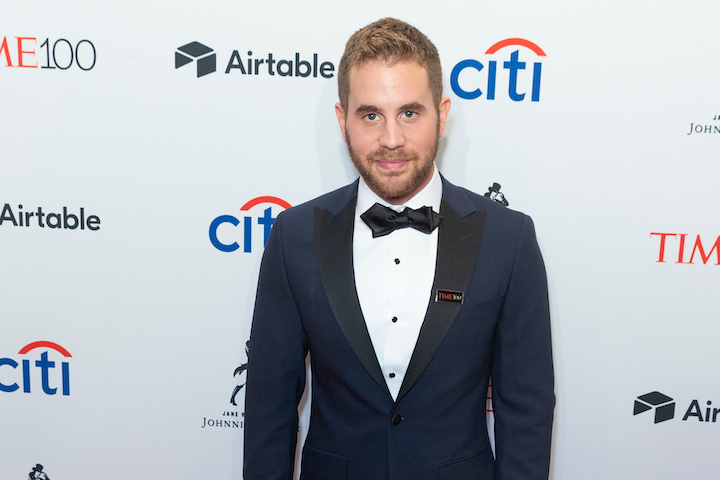 Encore, please! Tony Award-winner Ben Platt is slated to host the 2019 Jimmy Awards at the Minskoff Theatre this June, after hosting in 2017.

“Ben Platt is a tremendously talented performer who perfectly represents what Broadway is all about,” said Charlotte St. Martin, President of the Broadway League in a statement. “He did an outstanding job when he first hosted the ceremony in 2017, and we are thrilled to have him return to the stage this year.”

The Jimmy Awards, a competition featuring 86 high school students from 43 regional programs across the United States, will this year include over 1,700 high schools and 100,000 students vying for Best Performance awards. Founded in 2009, the competition involves a ten-day professional training intensive at New York University Tisch School of the Arts, taught by theater professionals. Past participants have included Eva Noblezada, who was discovered at the competition and went on to star in Miss Saigon and is now appearing in Hadestown.

“I am thrilled to be back hosting the Jimmy Awards again this year,” said Platt in a statement. “It is one of my favorite times of the year where everyone comes together to celebrate young talent with a passion for theater.”

The Jimmy Awards will take place on Monday, June June 24 at 7:30 p.m. For tickets and more information, visit jimmyawards.com.