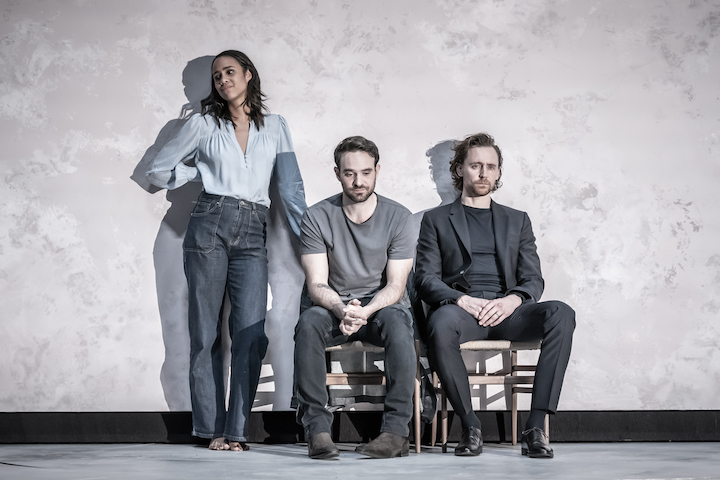 “Oh, what a tangled web we weave, when we first pratise to deceive!” —
Marmion, Sir Walter Scott

Why, I thought, during the more emotionally volatile moments of Betrayal, do we hurt those we love most? Director Jamie Lloyd’s stunning Broadway revival of Harold Pinter’s 1978 infidelity play moves like lava, captivating and consuming its audience with blistering sexual tension. Featuring Pinter’s signature economic dialogue, its three characters — gorgeous and broken and human in the best and worst possible ways — rewind the benchmarks of their relationships in reverse storytelling.

This latest incarnation, more than 40 years after the play first premiered at London’s National Theatre, reaffirms Pinter’s mastery of structure. Implementing a theatrical convention that typically defies dramatic tension, we first meet Emma (Zawe Ashton) and her ex-lover Jerry (Charlie Cox) two years after the end of their affair. Her marriage to Jerry’s best friend, Robert (Tom Hiddleston), is over after he learns of the relationship. But everything is not as it appears in Pinter’s deceptive world.

“It’s all gone,” says Emma. But what, exactly? Without dropping plot bombs, let’s just say that everyone is duplicitous. 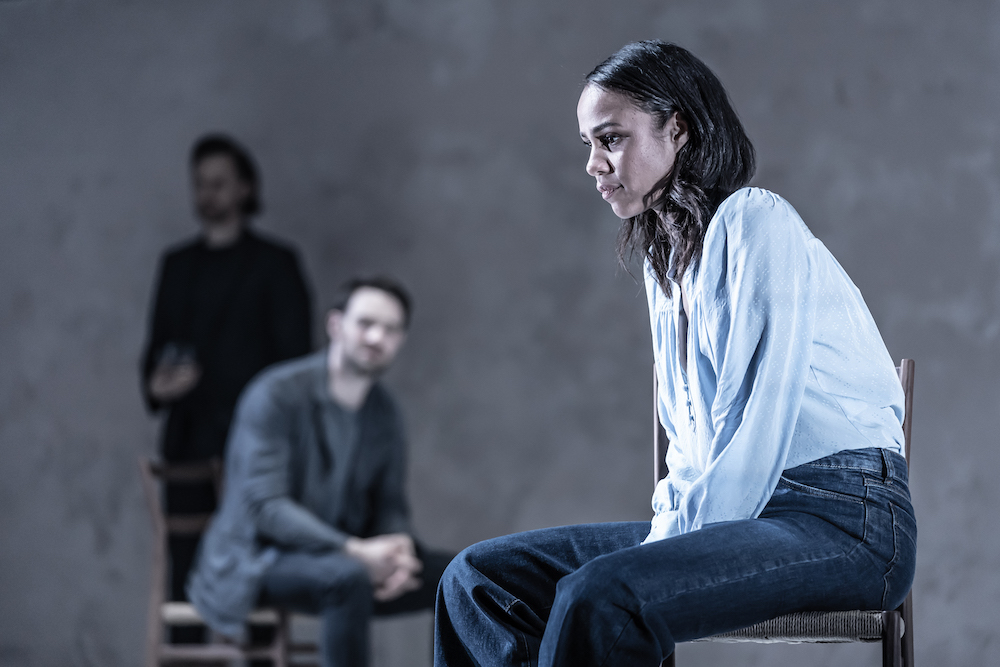 A bristling undercurrent reverberates throughout each previous encounter, from the dissolution of Jerry and Emma’s clandestine flat to the married couple’s vacation to Italy to the first drunken moment when Jerry confesses his love at a house party and Robert interrupts shortly thereafter.

The unspoken moments tell just as much, if not more of the story. Lloyd smartly stages two-person scenes with the third often hovering in the background — a reminder that we can never escape our indiscretions. Ashton’s body language, in particular, can’t help but reveal Emma’s truth. The magnetic actress, making her Broadway debut, displays an ever-changing tangle of limbs and legs, a shrugged shoulder or wisp of hair provocatively seducing everyone in her wake. The easy-on-the-eyes cast makes it all feel like a guilty pleasure, but with a bounty of reality television available, their well-articulated rumblings may underwhelm those more accustomed to provoked on-camera screaming matches.

Soutra Gilmour’s scenic design, simple yet profoundly effective, implements interlaid turntables and shifting walls that span the width and depth of the Bernard B. Jacobs Theatre’s stage. Lighting designer Jon Clark bathes the stage in a neutral palette, and for key scenes, casts singular shadows as powerful echos of the past (or future).

The shifting stage elements, at times, move so slowly they’re barely noticeable. That’s the brilliance of Lloyd’s can’t-miss revival. Betrayal can begin with a lingering hand and a stolen kiss. But its full force, well, that’s years in the making.

Matthew Wexler is The Broadway Blog’s editor. He is a member of the American Theatre Critics Association and past fellowship recipient from the National Critics Institute. Read more of his work at wexlerwrites.com.