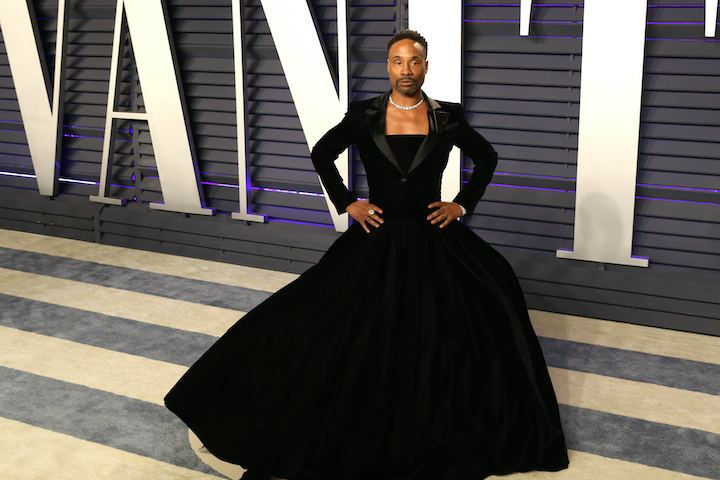 Need more Billy Porter? We thought so. The Tony and Emmy winner will soon step into the director’s chair as part of New York City Center’s Encores! series.

New York City Center President & CEO Arlene Shuler announced the musical productions in development as part of the next chapter of the longstanding Tony-honored series, all of which will be explored in-depth as part of the 2020-2021 season in a new digital series Encores! Inside the Revival. The five-part, mini-documentary series, which launches Lear deBessonet’s first season as Encores! Artistic Director, will explore the behind-the-scenes process—through conversations and performances—for the productions being developed and ultimately produced at City Center upon reopening.

“Last fall, when I began to program my first Encores! season I never could have imagined the world in which we find ourselves today. As we look ahead, it is essential that we preserve the Encores! mission and weave an ever-deepening portrait of the history of American musicals. But that alone won’t be enough to meet our world, our city, and musical theater as it evolves today,” said deBessonet. “I believe the future of a thriving Encores! has three prongs: revivals of hidden gems, productions where artists reclaim work for our time through their own personal lens, and celebrations that look at the ways musical theater can connect us, in this city and across the country. These upcoming projects hold seeds of all three tenets.”

In-development productions include: The Life, music by Cy Coleman, lyrics by Ira Gasman, with book by David Newman, Gasman, and Coleman, adapted and directed by Tony Award winner Billy Porter; and The Tap Dance Kid, music by Henry Krieger, lyrics by Robert Lorick, with book by Charles Blackwell, directed by Tony Award winner Kenny Leon, choreographed by Jared Grimes, and adapted by Lydia Diamond, based on the novel “Nobody’s Family is Going to Change” by Louis Fitzhugh. A third title, to be announced, will reflect Mayor La Guardia’s founding mission that New York City Center present the best of music, theater, and dance for the people of New York.

While Encores! usually revives lesser-known musicals, the series will usher in a new annual tradition in the spirit of La Guardia’s accessible invitation, whereby the performance of a classic title will celebrate the way musical theater connects us. In addition, the Encores! Inside the Revival digital series will include episodes on Love Life (music by Kurt Weill, book and lyrics by Alan Jay Lerner) and Thoroughly Modern Millie (new music by Jeanine Tesori, new lyrics by Dick Scanlan, book by Richard Morris and Dick Scanlan) which were canceled earlier this year due to the pandemic.