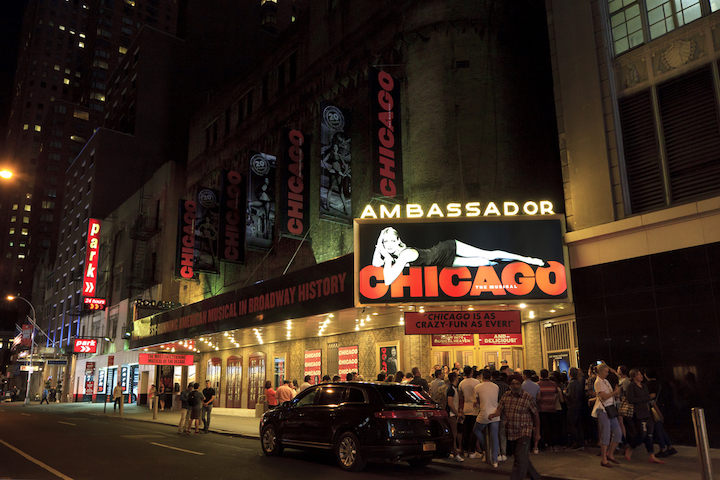 The marquee of the Broadway revival of “Chicago.” (Photo: Osugi/Shutterstock.com)

Here’s a look at five of our favorite Fosse moments:

“Steam Heat” from the film version of The Pajama Game.

Bob Fosse and Gwen Verdon appearing in the film version of Damn Yankees.

“Mein Herr” from the film verison of Cabaret,” which won eight Academy Awards. Fosse both directed and choreographed the movie.

A double-clip, which includes an excerpt from Dancin’, Fosse’s 1978 musical revue, and Fosse, a retrospective of his work that ran on Broadway from 1999 to 2001.