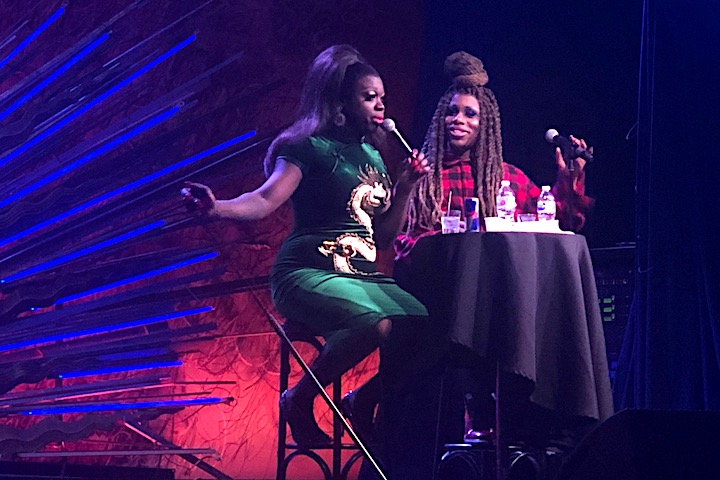 Sony Hall’s electric subterranean space — outfitted with a sprawling bar, Technicolor lighting rig, and packed to the back wall with attentive fans — is a far cry from where Bob the Drag Queen and Monét X Change sharpened their heels. RuPaul’s Drag Race has catapulted a new era of drag queens into the spotlight who are capitalizing on the brand with plenty of sparkles, sass, and varying degrees of success.

No longer relegated to a gay bar’s back room to scream over a distracted crowd, drag queens are taking center stage. With the spotlight comes an elevated ticket price. The admission for the duo’s Sony Hall appearance could cost you up to $50 for VIP seats, not to mention the tab at the end of the night for chicken lollipops, sparkling wine, or other consumables. (Dom Perignon for $485 anyone?)

The drag sisters each won their respective seasons of the Emmy Award-winning TV show: Bob the Drag Queen taking the title in Season 8, while Monét X Change shared the crown with Trinity the Tuck on RuPaul’s Drag Race All-Stars Season 4. The pair recently teamed up for the ranting pop culture podcast Sibling Rivalry, which was also the title for their Sony Hall gig.

The evening exemplified the conundrum of raw talent and lack of focus that’s rippling through RuPaul’s disciples. Few could predict how mainstream drag culture would become in the 10 years since the series first premiered. It’s been monetized into RuPaul’s DragCon and a branding empire, but the growth has become both far-reaching and insular.

At the recent Sony Hall show, it was refreshing (or expected, depending on how often these sorts of shows are on your radar) to see an eclectic audience of stylish gender-fluid tastemakers, wristbanded underage superfans, and LGBTQ allies. Less invigorating was the fleeting focus of the evening’s hosts. 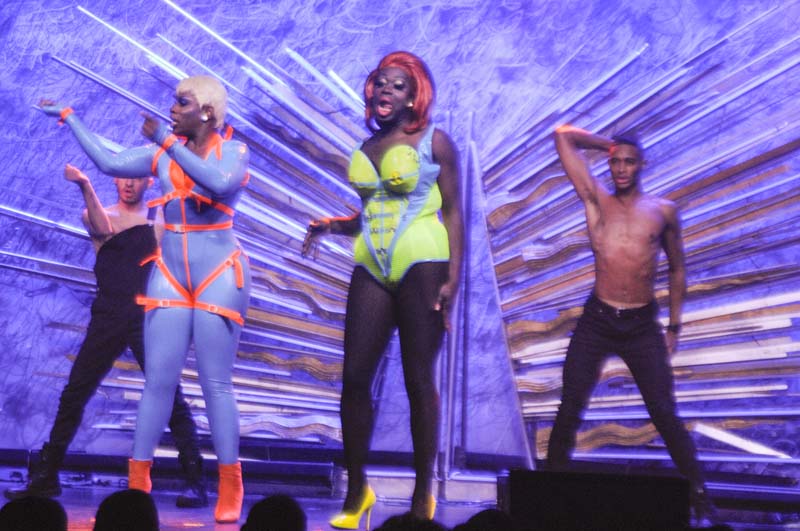 A campy, spliced version of “God, I Hop I Get It” from A Chorus opened the show, followed by banter where Bob admitted, “I fucking love attention.” There was plenty to be had as the pair riffed on RuPaul alumnae Latrice Royale and Trixie Mattel. In fact, many former competitors were part of the roast, the assumption being that anyone in attendance would have an encyclopedic knowledge of the show’s decade-long contestant roster.

Lip-syncing comprised the first half of the evening. Monét embodied Jessie J’s “Fire,” followed by Bob’s mash-up of “Rise Like a Phoenix” and The Jonas Brothers’ “Burnin’ Up.” Eureka O’Hara made a guest appearance with Emeli Sandé’s power ballad “Read All About It, Part III,” which left the crowd restless.

The second half of the night was devoted to a live podcast session and reaffirmed that these drag sisters know how to turn a phrase. They tackled everything from bed bugs and Michael Jackson to racism and our obsession with “cancel culture.” They also seized the opportunity to encourage support of the podcast on Patreon, where donors can pay anywhere from $1 to $10 per month for “exclusive, behind-the-scenes content.”

With no clear end in sight, the podcast trickled toward an uneventful conclusion and the evening wrapped with the mostly satisfied crowd spilling onto 46th Street. While the RuPaul bubble isn’t showing any sign of bursting, its protégés may want to tie a string to ensure their success doesn’t float away.

Coming Up at Sony Hall:
Ann Hampton Callaway and Liz Callaway: Broadway with the Callaways!
March 25