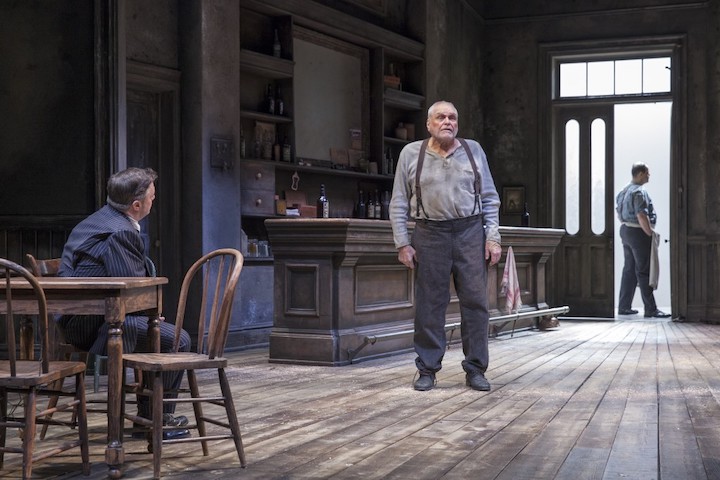 Two-time Tony Award winner and star of stage and screen, Brian Dennehy, passed away on April 15. He was 81 years old.

A football player at Columbia University, Dennehy was big on the field and later in life, a big personality in films like First Blood, Silverado and Cocoon. Actors took to social media to fondly remember Dennehy.

I’m just devastated to hear we lost my beloved friend and colleague, #BrianDennehy. We were partners on two of my favorite films, Split Image and Best Seller. I’ve never laughed so hard as we did every day on the set or off. For a big “tough guy,” he was a sweetheart. #RIPBrian pic.twitter.com/EjsxMvqlxw

Just devastated to learn that the magnificent Brian Dennehy has died. They is no one i enjoyed working with more. And there are few friends as valued in my life. I took this photo backstage when we were in Love Letters. He loved my pup Bowie. pic.twitter.com/s55Cc37lFy

Dennehy came to the theater later in his career, but quickly earned accolades from critics and audiences alike. He appeared on Broadway six times, winning Tony Awards for his performances in Arthur Miller’s Death of a Salesman (1999) and Eugene O’Neill’s Long Day’s Journey Into Night (2003).

“Dennehy was an inveterate creature of the stage, a tireless tragedian of the old school. That was where his heart resided,” wrote Chris Jones for The Chicago Tribune. “The theater’s unique rituals were his lifeblood, and he carried the greatest roles of the dramatic canon on his back like heavy weights he was honor-bound to lift.”

Dennehy returned to the stage in 2015 and the writing of Eugene O’Neill, appearing in The Iceman Cometh, first at Chicago’s Goodman Theater then at BAM in New York City under the direction of Robert Falls.

“Here, hunched and subdued, the 76-year-old actor embodies the frailty and disgust of a man who has given up on life but is afraid, more than he’ll admit, of death,” wrote USA Today’s Elysa Gardner of Dennehy’s performance. “Even during his silent passages, you can’t stop watching him.”

Dennehy is survived by his second wife, Jennifer Arnott, and five children.

Here is a look at Dennehy discussing some of his most notable roles: