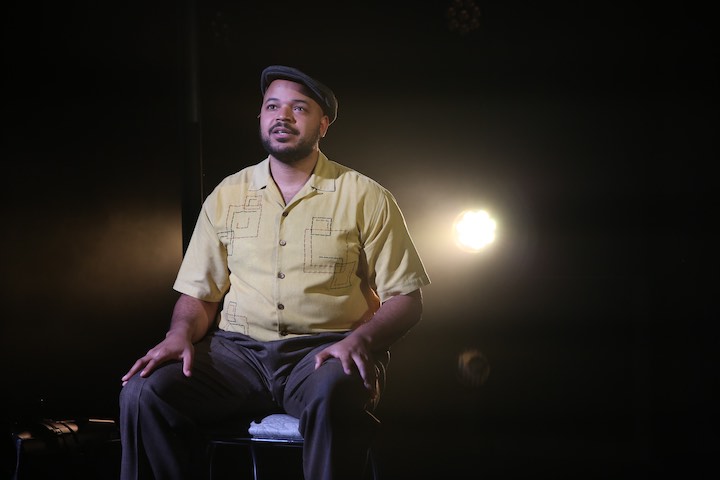 New York theatergoers have plenty of multimillion-dollar musicals to pick from this season, with Moulin Rouge! and Tina recently opened and a highly-anticipated revival of West Side Story around the corner. But at the intimate Duke on 42nd Street, Transport Group’s Broadbend, Arkansas proves that big things come in small packages.

In Act I, Benny (a transformative Justin Cunningham) shares the story of his interactions with two women — his boss and a patient — at a “white woman’s nursin’ home,” where he’s worked for the past decade. Cunningham brilliantly flips back and forth among the three characters, aided by Jen Schriever’s focused lighting. The woman’s complicated history unravels as Benny negotiates time off to join the 1961 Freedom Riders. He leaves his young daughters behind, and what transpires on that fateful journey will change the course of the young girls’ lives forever. Act II, set 27 years later, reveals a snapshot of one of the girls. Ruby (an emotionally resounding Danyel Fulton), now an adult, must come to terms with the choices her father made and the traumatic results of racial discrimination. 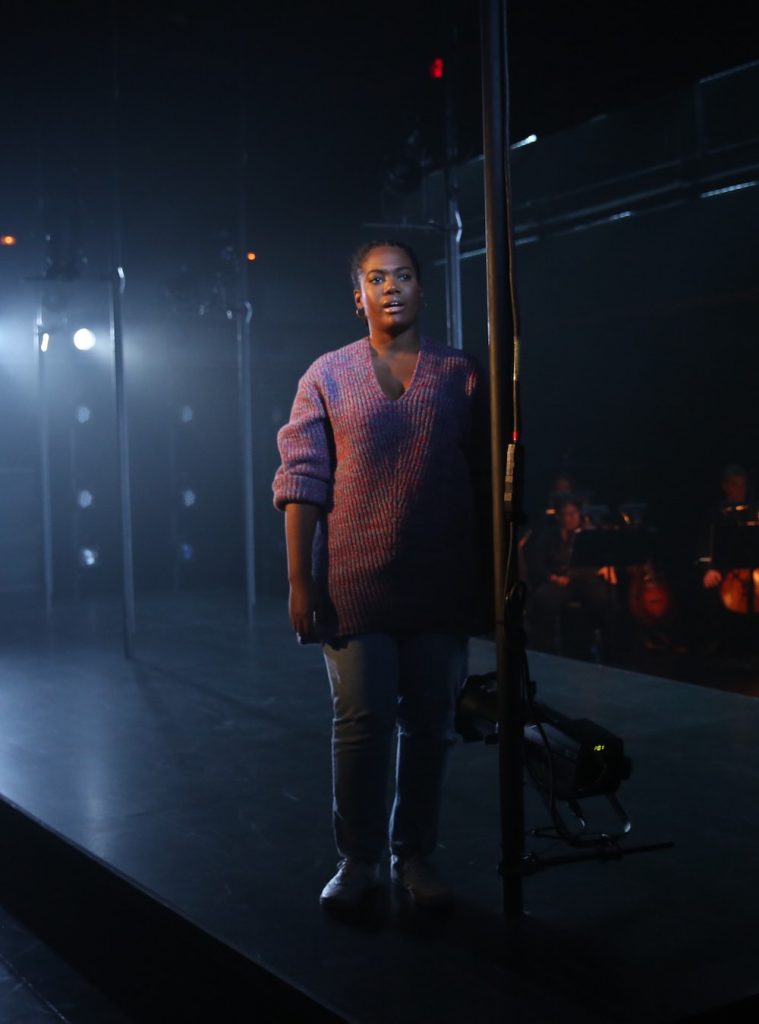 Broadbend, Arkansas’s two acts were developed independently, the first at Premieres and the latter at The Public Theater. And while they complement one another and narratively connect, their stylistic differences diffuse the work’s overall impact. Cunningham’s mesmerizing shifts in body language and vocal quality invite the audience into Benny’s world with a sense of wonder and anticipation. The latter half’s more reflective tone lacks momentum until its climactic finale, where Fulton unleashes an unbridled power, fueled by the character’s generational trauma.

In its final moments, Benny says to Ruby in a dreamlike sequence, “When you were born everybody said your sister came out first pulling you out behind but I always thought the way your hand was at her back just so I always thought that it was you gave her the push she needed to break on through.”

Broadbend, Arkansas feels like that gentle nudge. Filled with both optimism and a brooding lack of reparation for our collective inability to address the disparities facing marginalized communities, its intimacy is its greatest strength. It’s also a reminder that theater’s power need not rely on extravagant flourishes but can be found here within two exceptional performances.

Broadbend, Arkansas
Transport Group (in association with The Public Theater) at The Duke on 42nd Street
229 West 42nd Street, NYC
Through November 23