The competition was stiff in more ways than one. Orion Griffiths, Mr. Pippin, was crowned as the winner of the sold out, seventh annual Broadway Beauty Pageant held Monday evening at the NYU Skirball Center for the Performing Arts.

The event raised over $50,000 to benefit the Ali Forney Center, which provides shelter to homeless LGBT youth in New York City.

Each of the contestants went head to head in front of a panel of celebrity judges, but ultimately, the final vote was the hands of the audience.

Judges Andrea Martin (Pippin), Billy Porter (Kinky Boots), and Michael Urie (Buyer and Cellar) kept the laughs coming but it was four-time Tony nominated and Drama Desk Award-winning actress Tovah Feldshuh that truly shined as the evening’s host. With a deep passion for the Ali Forney Center, appreciation for all of the performers hard work and a slew of foul-mouthed jokes, Felshuh deserved a crown of her own by the end of the night. The Ali Forney Center (AFC) was started in June 2002 in response to the lack of safe shelter for LGBT youth in New York City. The Center is committed to providing these young people with safe, dignified, nurturing environments where their needs can be met, and where they can begin to put their lives back together.

Given the alarming number of gay-related hate crimes plaguing New York City over the past weeks, it is more evident than ever that LGBT youth need a safe place to call home. Click Here to see how you can get involved. 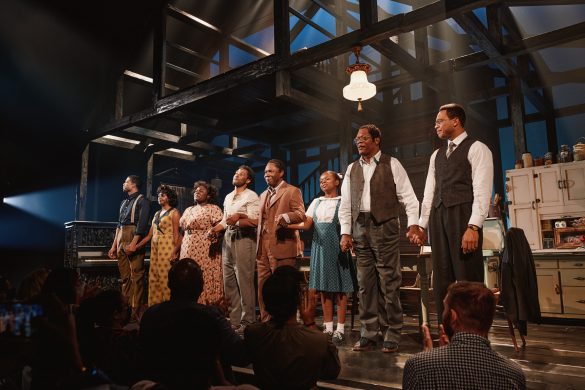