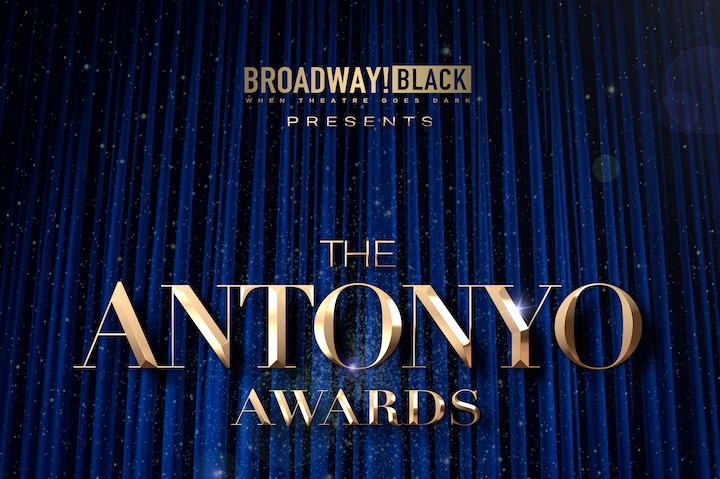 Broadway Black, the multimedia organization highlighting the achievements of Black theater artists, has announced the inaugural Antonyo Awards, a celebration of the Black Broadway and Off-Broadway community. The online event will take place at 7 p.m. ET on June 19, 2020, also known as Juneteenth, a day that commemorates the end of slavery in America. The streamed ceremony will include a pre-show virtual red carpet, original musical numbers, star presenters and performers, and more.

The Antonyo Award nominations will be announced today, Tuesday, June 9, at 7 p.m. ET on Broadway Black’s YouTube and Facebook pages by Bryan Terrell Clark and Kristolyn Lloyd. In the Broadway Black spirit of community, winners will be chosen by the public. Online voting will be open through midnight on June 12 at BroadwayBlack.com.

“In our first meeting, we decided on Juneteenth for the awards, as it is a more accurate date of freedom from slavery for Black Americans,” says Shade. “The Antonyos honor contributors to Black theatre from actors to stage and company managers, administrators and designers. Everyone in our community deserves to be acknowledged in what we hope will be a funny, authentic, celebratory event that is for us, by us.”

Four special “Kinfolk Awards” — the Lorraine Hansberry Award, the Langston Hughes Award, Welcome Award and The Doors of the Theatre are Open Award — will also be presented to members of the Black theater community as well as a Lifetime Achievement Award to be announced prior to the event.

All are welcome to vote for the nominees and are invited to join in watching on Juneteenth through Broadway Black’s YouTube and Facebook pages.

Broadway Black is an organization that fosters and inspires artistic diversity and excellence in theatre. Dedicated to highlighting the achievements and successes of Black theater artists on and off the Broadway stage, Broadway Black, founded in 2012 by Drew Shade, has continued to grow into a one-of-a-kind multimedia venture with editorial content that showcases the best and the brightest stars across the industry. It’s the place for Black people to see themselves center stage. This is what happens when the theatre goes dark.