Top Posts
‘Company’ to Hit the Road on North American...
Meet the Full Cast of ‘Shucked,’ Coming to...
Full Cast for ‘Parade’ Announced
Stephen McKinley Henderson Gives the Performance of His...
The McKittrick Hotel Announces the Return of ‘The...
Broadway Stars Honored with Academy Award Nominations
Taylor Trensch, Danny Wolohan, and More Join the...
A Gay Road Trip Comes to The Brick...
Maude Apatow of ‘Euphoria’ is the Next Audrey...
Tony Award Winners to Star in ‘Hercules’ at...
Home Beyond Broadway Broadway-Bound ‘Bob Fosse’s Dancin’ Announces Cast
Beyond BroadwayBuzz 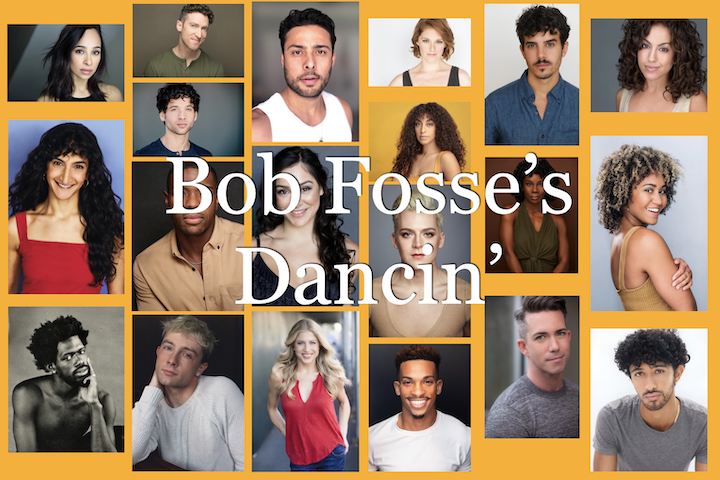 The cast of ‘Bob Fosse’s Dancin’.

They’ve got “fsssss steam heat!” Dancers and Broadway performers join the Broadway-bound Bob Fosse’s Dancin cast, playing first at San Deigo’s The Old Globe with a limited run from April 19 to May 29.

Bob Fosse’s Dancin’ is Fosse’s full-throated, full-bodied celebration of the art form he loved, practiced, and changed forever. His hit musical masterpiece is reimagined by director Wayne Cilento, who starred in the original Broadway production of Dancin’. Cilento transforms the show’s original vision for 21st-century audiences. Dancin’ brims with Fosse’s warmth, emotion, color, and endlessly influential style rarely seen in modern interpretations of his work. Featuring an eclectic score that spans a multitude of musical genres and an extraordinary cast of Broadway’s most accomplished dancers, Dancin’ delivers the quintessential Broadway experience for Fosse fans and first-timers alike. You’ve never seen Dancin’ like this.

“Bob Fosse was a transformational figure in the musical theatre, and his innovations revolutionized dance on the Broadway stage and on film,” said Old Globe Artistic Director Barry Edelstein. “One of his greatest works, Dancin’, showcased everything that was breathtaking and unique about his vision. Now the brilliant Wayne Cilento, one of Fosse’s heirs and himself a Broadway treasure, revitalizes and reanimates this classic show for our moment and for the 21st century. Bob Fosse’s Dancin’ is a jolt that will supercharge the Globe and our audiences as we boldly step forward—as we dance forward—from the two challenging years of the pandemic.”