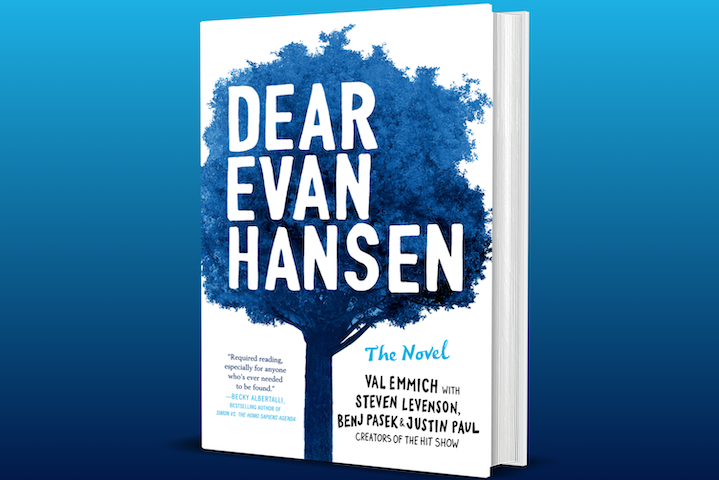 While fans continue to flock to Broadway until recently it has remained a relatively singular art form with little monetization extending beyond the reach of the theatre, where patrons can pick up posters, coffee mugs and other branded swag. But the entrepreneurial spirit reigns supreme, and now an extension of the creative vision behind Broadway shows is available to those who can’t snag a seat.

Broadway is, inarguably, an elitist institution: its crux is in the center of New York City with ticket prices averaging around $113 per seat for a musical in 2018. For fans who don’t have the means to travel or purchase tickets, there is little else they can do besides listening to a cast album and scouring YouTube for bootleg clips. But now, audiences can absorb Broadway shows through a variety of art forms, including books, exhibitions, and continuous creative projects, like #HamilDrops. Producers are hoping that innovative marketing strategies may reach, engage, and attract new audiences. And they’re getting great results.

Lin-Manuel Miranda’s Hamilton has captured the attention of superfans worldwide ever since its beginnings at The Public Theater. Tickets, however, for the Pulitzer Prize-winning musical are booked up months in advance, and average $285 per seat. The musical even has its own pop-up shop across the street from the theatre

All the expanded and marketed Hamilton goods remain very on-brand: Miranda is involved in many of the endeavors, including performing some #HamilDrops and narrating the audio guide for the short-lived Hamilton exhibition that opened behind schedule earlier this summer and is closing early. Even so, the Hamilton brand looks to be a train running full tilt, with little intention of slowing down, and its breadth of content, while overwhelming, does provide access to a show which is difficult to see.

Dear Evan Hansen is another Tony Award-winning musical that has captured the hearts of worldwide fans. Its creators Steven Levenson, Benj Pasek and Justin Paul co-wrote a novelization of the musical with Val Emmich. Also titled Dear Evan Hansen, the novel generally sticks to the plot of the musical and turns songs into scenes. Its most compelling attribute is its ease with describing Evan’s crippling social anxiety, his comments about how his day was “fine, meaning nothing terrible happened,” and his description of panic tasting like saltwater, and finding himself drowning. While the narrative does not seek to define how anxiety affects everyone, it provides a different kind of insight into Evan’s questionable decisions than seen in the musical.

The book also gives a clearer backstory to supporting character Connor Murphy, which addresses his suicide and sexual orientation. These additions might answer questions left untouched in the stage version but also point to inconsistencies in continuing and deepening the Dear Evan Hansen tale.

The book and the musical, as described by Paul in an interview for Teen Vogue, are like “good friends. They go hand in hand, but they each have their unique rewards.” But it is a bit unclear whether the book is an offshoot of the musical, providing more insight with which to view the plot, or meant to solely exist as a separate entity. Dear Evan Hansen’s focus on anxiety and a continuously tumultuous turn of events translate well into prose: the book is long, clocking in at 400 pages, and could potentially attract YA readers to the show. Dear Evan Hansen’s marketing remains relatively Broadway and tour-focused, but the well of fan-made content and newly released song covers contribute to its brand.

And in reverse, from book to play, we have Harry Potter and the Cursed Child, an entirely new iteration from the well-known franchise. All of the merchandise associated with the show is specific to Cursed Child. You won’t find any souvenirs from Universal Studios at the Lyric Theatre. The play makes strides to welcome Potter fans as well as other theatergoers, claiming that even those with no knowledge of the Potter universe will enjoy the spectacle. Be that as it may, many audience members are dressed-up Potter fans eager to see the beloved tale play out on stage rather than on the page, a failsafe marketing ploy for filling seats at the Lyric night after night.

And Cursed Child did, in fact, play out on the page before its West End premiere: the published script, released with as much fanfare as though a true eighth Potter novel, polarized fans who felt the medium was not true to Potter’s prose-roots and read like fan fiction, versus those bursting at the seams with new Potter information, no matter its form.

Get your hands on @imogenheap’s The Music of Harry Potter and the Cursed Child, now available to buy on vinyl!

As theatrical endeavors market themselves to a broadly growing audience, the amount of branded content available as an alternative or complement to any given Broadway show has increased tenfold with the augment in popularity of social media. This phenomenon translates to a theatrical platform that strives to be more approachable for an audience that might not be familiar with theater as a singular form of entertainment. If a fan has watched #HamilDrops, read the book on the making of Hamilton, and read about Hamilton’s influence over social media, they may ultimately become a theatre patron, helping to fuel a $1.825 billion industry that’s showing no signs of slowing down.

The marketing ventures also create a stronger fan base: those who have already seen the shows receive an almost never-ending amount of continuous content through viral marketing campaigns, fan content on social media, and merchandise.