Top Posts
‘Company’ to Hit the Road on North American...
Meet the Full Cast of ‘Shucked,’ Coming to...
Full Cast for ‘Parade’ Announced
Stephen McKinley Henderson Gives the Performance of His...
The McKittrick Hotel Announces the Return of ‘The...
Broadway Stars Honored with Academy Award Nominations
Taylor Trensch, Danny Wolohan, and More Join the...
A Gay Road Trip Comes to The Brick...
Maude Apatow of ‘Euphoria’ is the Next Audrey...
Tony Award Winners to Star in ‘Hercules’ at...
Home Buzz When Will Broadway’s Multi-Billion-Dollar Loss End?
Buzz 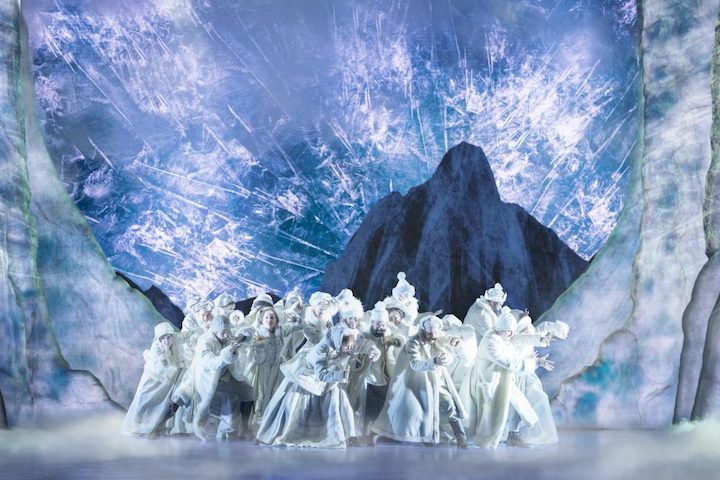 Disney’s ‘Frozen’ permanently closed on Broadway after theaters were shut down due to coronavirus. (Photo: Deen van Meer)

The global theater community continues to stay on hold as COVID-19’s grip squeezes the life out of theater companies and commercially produced shows worldwide.

The Daily Beast recently interviewed Broadway League President Charlotte St. Martin about Broadway’s reopening, and it appears that intermission will likely last through 2020.

“I actually am a little more optimistic than those who say Broadway will reopen in the spring, but I tend to be an optimistic person,” St. Martin told The Daily Beast. “I tend to think it will be after the first of the year, in January, just because of the massive number of people who come to New York City around the holidays.”

St. Martin disclosed in the interview that if Broadway theaters remain closed through January 2021, losses will soar to approximately $1.5 billion, and near $2 billion if spring approaches without the curtain rising once again.

Producer and writer Ken Davenport (Once On This Island, Spring Awakening) spoke with Patrick Pacheco on CUNY TV’s All The Moving Parts, revealing a much-needed sense of optimism and hope.

“We’re going to get through this,” said Davenport. “Broadway is gonna come back. It will. It will reach heights bigger than the ones we had before. Who knows how long that will take. Imagine that first night at the theatre… it’s going to be electric.”

Many factors are being taken into consideration regarding the return of live theater, including the safety and health not only of audience members, but also the practicality and logistics for cast and crew.

The ripple effect extends far beyond the reach of Broadway and the West End. As previously reported, regional theaters across the country are canceling and/or postponing their productions. Cultural centers like The American Theatre in Hampton, Virginia, are rescheduling their seasons for a 2021 launch — a difficult decision that directly affects a myriad of other industries, including restaurants and hotels.

“State and local governments are doing the best they can,” said Hampton Arts Artistic Director Richard M. Parison, Jr. “But we need the federal government to step in and recognize the enormous impact of the creative economy and implement appropriate emergency aid.”

According to the National Assembly of State Arts Agencies, the value of arts and cultural production in America in 2017 was nearly $878 billion.

When theaters do reopen, many attendees are worried that fellow theatergoers won’t follow appropriate safety precautions. A poll by The New York Times in collaboration with the Siena College Research Institute indicated that “their single greatest concern is their fellow audience members, who they worry will show up without masks or ignore social distancing rules.”

Many have been reluctant to call the current crisis “the new normal.” As Mary sings in Merrily We Roll Along, “Why can’t it be like it was?”