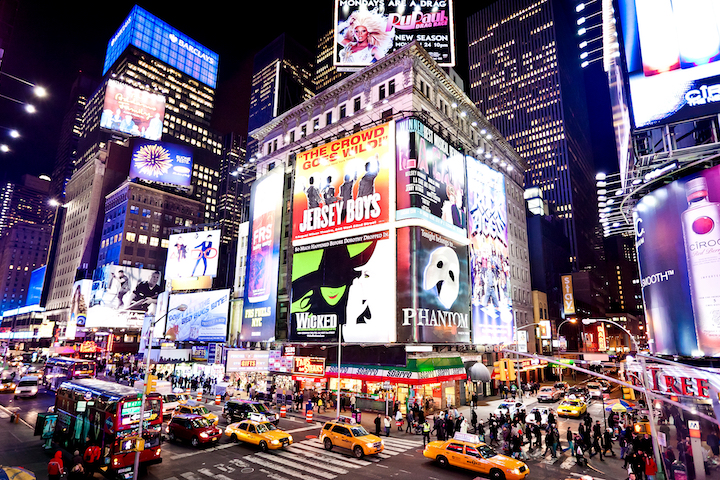 It’s the longest overture in modern theater. With theaters shuttered for more than a year, culture-craving audiences are eagerly anticipating when the curtain will rise once again. Recent developments offer a cautiously optimistic outlook, while Actors’ Equity Association (AEA), the labor union representing American actors and stage managers, is tired of waiting in the wings.

New York City Mayor Bill De Blasio said in a press conference last week that “Broadway needs to come back, and we will move heaven and earth to bring Broadway back.”

Some of De Blasio’s initiatives included a dedicated vaccination site for theater industry professionals located in Midtown Manhattan (all New York residents 16 and older will be eligible by April 6), pop-up testing sites near theaters, and crowd-management plans.

The Shuttered Venue Operators Grant (formerly known as Save Our Stages) promises $15 billion in relief to both commercial and nonprofit theaters. But it will take more than money to turn off the ghostlight and repopulate theaters.

“Every Broadway show operates with 14 different unions and 16 contracts within those 14 unions, and the labor is divided between those who work for the producer and those whose payroll comes through the theater owners,” producer Kevin McCollum (Six, Mrs. Doubtfire, Avenue Q, Rent) told Variety.

And once theaters can reopen, who will come? Tourists are slowly returning, but stagnant or rising infection rates may put a damper on progress until more of the population is vaccinated. Hotel occupancy was at 47% the week of March 7 – 13 and jumped to nearly 62% on a recent Saturday night, reports The New York Post, but for a commercial production to reopen and stay open, those numbers will need to significantly increase.

At the breaking point both financially and emotionally, AEA union members requested a virtual town hall for further clarity and transparency regarding the union’s efforts to facilitate back-to-work policies.

Some shows are forging ahead, announcing their imminent arrival on Broadway. Kenny Leon will direct the first Broadway revival of Mario Van Peebles’ Ain’t Supposed to Die a Natural Death; Danielle Brooks and Samuel L. Jackson are slated to headline a starry revival of August Wilson’s The Piano Lesson, and if you want more than a piano, Harold Hill arrives via Hugh Jackman in The Music Man, with previews scheduled to begin December 20, 2021.