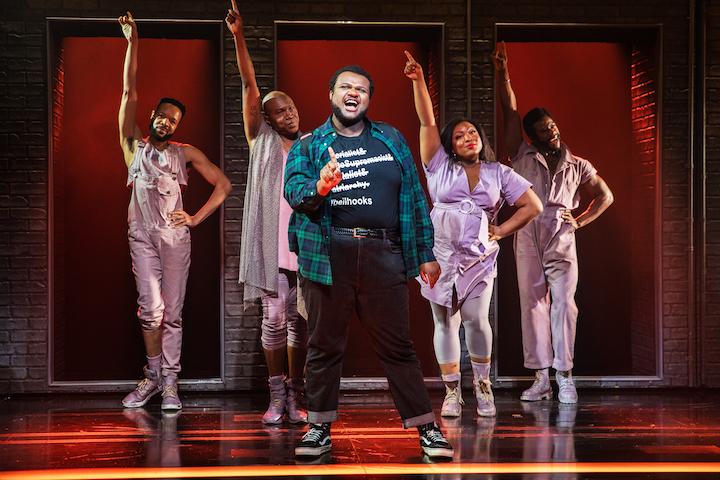 The cast of ‘A Strange Loop.’ (Photo: Marc J. Franklin)

There have been countless musicals on Broadway, their qualities ranging from poor to excellent. Then there are juggernauts that disrupt the form, catching audiences completely off-guard, leaving them with an overwhelming sense of introspection and exhilaration. A Strange Loop is one such show.

Michael R. Jackson, who won the 2020 Pulitzer Prize for Drama for the work, is responsible for the book, music, and lyrics, all three of which are utterly flawless. It’s been a long journey for the tuner, more than a decade in the making. The production finally premiered Off-Broadway at Playwrights Horizons in 2019, then picked up even more momentum earlier this year at Washington D.C.’s Woolly Mammoth Theatre Company with the current cast.

A Strange Loop has arrived loudly, proudly, and unabashedly at Broadway’s Lyceum Theatre.  Judging from the huge anticipation and audience reaction, it will undoubtedly be a long tenant. 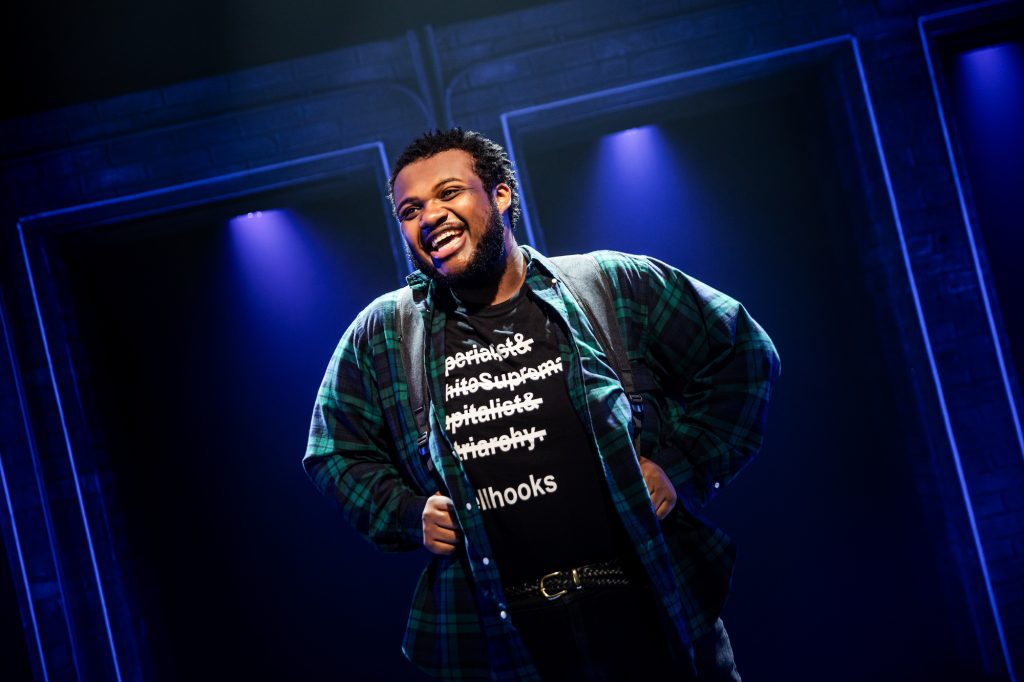 Anyone who has ever doubted themselves, been plagued by insecurity, or questioned the purpose of their life and career will no doubt see themselves in Jackson’s masterful work. But is there anyone alive who has not had this negativity circling their brain?

Sure, the story centers on Usher (Jaquel Spivey), an usher at The Lion King. He’s a self-described “fat, black, queer” working on an autobiographical show about a “fat, black, queer” writing a show about himself. When Usher’s thoughts, including self-loathing (James Jackson, Jr.) and sexual ambivalence (L Morgan Lee), pervade his day, universality and specificity collide. Universal in that these are basic, commonly shared thoughts and feelings. Despite the daily pep talk, as Usher sings, “to plan to change my whole life forever,” old habits continue, and change is merely a fleeting idea. We’ve all been there.

The specificity is for young, LGBTQ+ Black individuals who have fought way too hard to be heard, recognized, and respected. 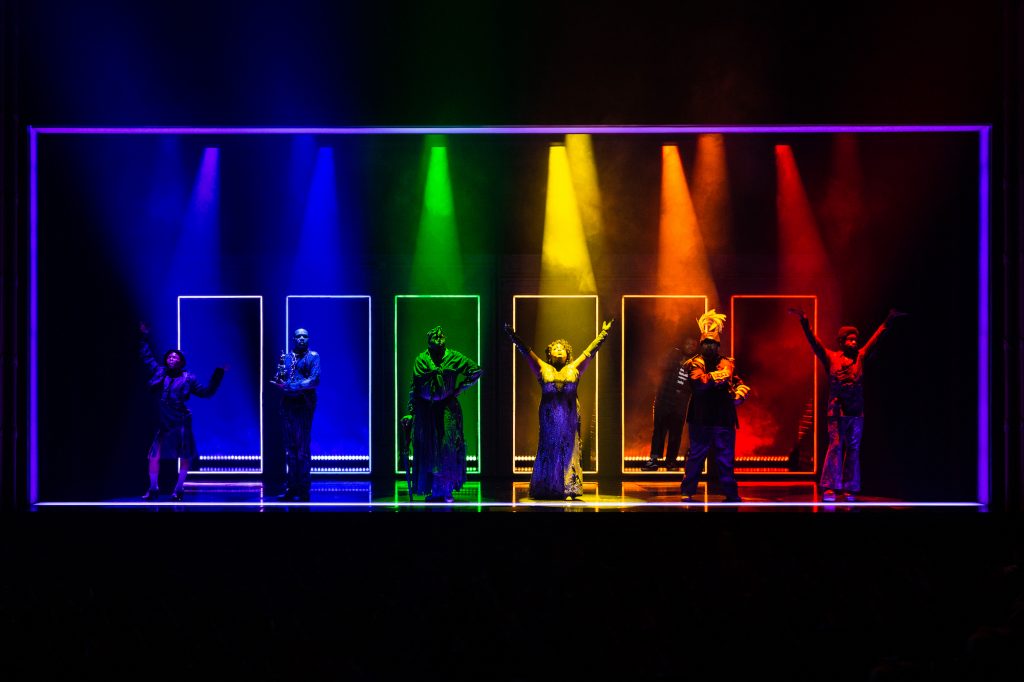 This is only part of A Strange Loop’s brilliance, in addition to rhyming “Truvada” with “nada,” recreating historical figures in a gut-busting montage, dismissing Tyler Perry (a reoccurring joke.), and being smartly self-referential.

This 90-minute jolt of entertainment is superbly directed by Stephen Brackett with sharp, clever choreography by Raja Feather Kelly, but it is not for the faint of heart or young ones. Jackson’s script and score are filled with plenty of expletives, but never in a gratuitous fashion. Without it, A Strange Loop would lose its impact and soul.

Spivey, a recent college graduate, carries the show effortlessly, but his fellow cast members, Thoughts 1-6, are pillars of boundless talent and energy. Picking a favorite is akin to selecting the best pop diva.

Set designer Arnulfo Maldonado has enhanced his scenic design since the show’s days at Playwrights Horizon, where it received a special citation Obie. Now, it rightfully exudes more glitz and glam with a few surprises along the way.

A Strange Loop is a complete game-changer on Broadway. Like Rent, it will speak to a whole new generation of Broadway enthusiasts who will be grateful to Jackson for giving them this roadmap of representation and realization.

Ryan Leeds is a freelance theater, food, and nightlife journalist who lives in Manhattan. He is the Chief Theater Critic for Manhattan Digest and has contributed to EDGE Media Network, Queerty, Dramatics, Teaching Theatre, and Howlround.  Follow him on Twitter, Facebook, or Instagram.