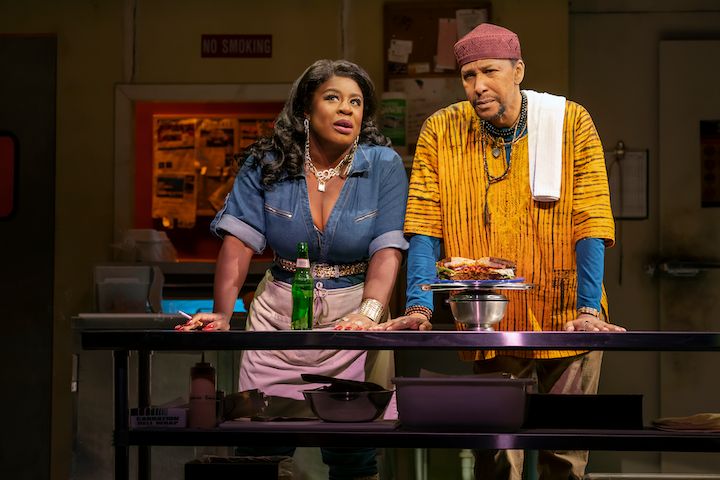 The devil’s in the details. Clyde’s, Pulitzer Prize-winning playwright Lynn Nottage’s latest work now playing on Broadway at the Helen Hayes Theater, has plenty of them — some in the form of garnishes that top thoughtful sandwiches in a truck stop sandwich shop — others by way of exasperated sighs and slammed locker doors as a group of formerly incarcerated employees tries to get their lives on track despite a system designed for failure.

Nottage isn’t new to the trials and tribulations of the working class. Sweat, a squirmish drama that delves into the lives of a handful of Pennsylvanian residents, was set in an industrial town weighted down by the outsourcing of factory jobs overseas. Here, the ethical and sociological battle continues as an engaging though stylistically confusing exposé of our nation’s prison pipeline.

“Let me tell you something, you here cuz you done run outta options, ain’t nobody gonna hire you except for Clyde,” exclaims Letitia (Kara Young, All the Natalie Portmans), a fiery 20-something, to new hire Jason (Edmund Donovan). Along with head cook Montrellous (Ron Cephas Jones) and romantically obsessed Rafael (Reza Salazar), the foursome juggles dreams with daily survival under the watchful eye of owner Clyde (Uzo Aduba). Flamboyantly costumed down to sharpened acrylic nails, Clyde rules with an iron fist, but her words are sharper than her wielding chef’s knife. 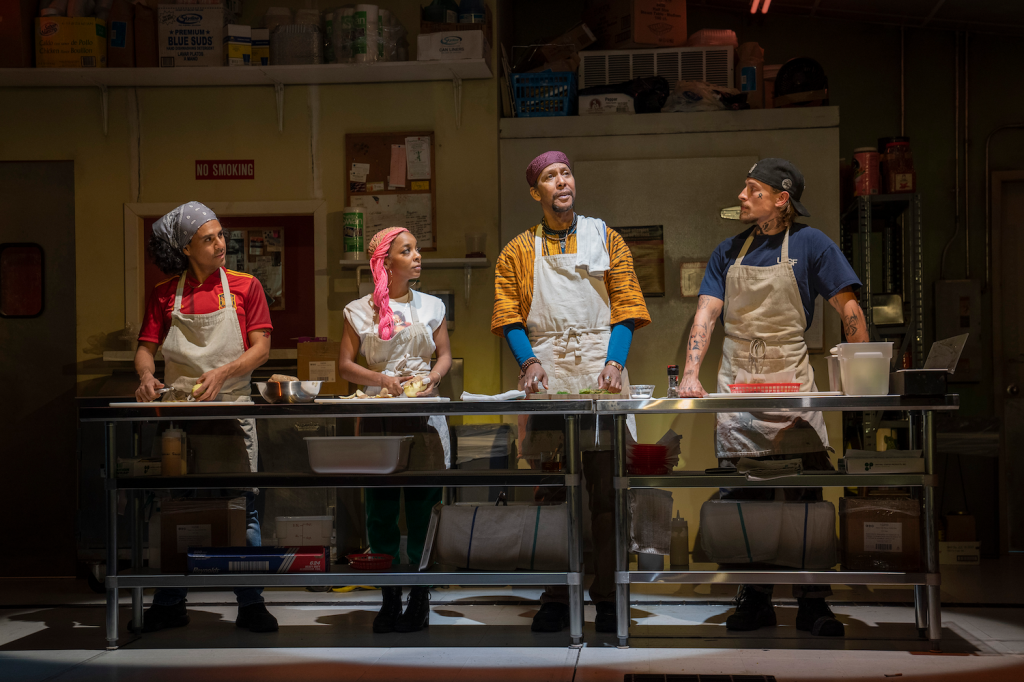 Clyde has no interest in Montrellous’s new sandwich creations or his vision to elevate the truck stop into something artisanal despite coverage in the local paper. She speaks of potential investors, but it’s never clear why such changes wouldn’t be a good thing. Perhaps because Nottage’s play hovers in what she describes in the script as a liminal space, the audience, too, may have difficulty getting grounded despite solid performances by the acting company.

As Clyde, Aduba chain-smokes her way through a captivating but ultimately one-note characterization, shooting down dreams like flies on the wall. Each of Clyde’s employees has their moment to reveal why and how they ended up in prison — the crimes they committed portrayed not as random acts of violence but rather the outcomes of a capitalistic society built to consume and destroy minoritized populations.

Montrellous perhaps best describes the conundrum of Kate Whorsiskey’s direction of the play as he critiques Jason’s attempt at crafting a new sandwich: “You want it to do too much, and didn’t trust yourself with the ingredients.  Let the natural flavors do the work… Edit. Pull back. Over complication obscures the truth.”

At times delivered as rhythmic spoken word, at others like a Chekhovian drama for the 21st century, then shifting to broad comedy, the menu at Clyde’s has too many options, concluding with a character-shifting procession that feels more staged than earned.

Despite its mishmash of ingredients, Clyde’s entertains, asking more questions than it answers about both society’s and an individual’s ability to change when the cards are stacked against them.

NOTE: In addition to in-person performances, a simulcast option is now available for purchase within the United States for performances January 4-16. The simulcast is live, not a recording. It’s the closest to Broadway you can get from the comfort of your home! Viewers will need to watch at the scheduled performance time and will be unable to view the show a second time or at a later date. Livestream tickets can be purchased here.