Top Posts
‘Company’ to Hit the Road on North American...
Meet the Full Cast of ‘Shucked,’ Coming to...
Full Cast for ‘Parade’ Announced
Stephen McKinley Henderson Gives the Performance of His...
The McKittrick Hotel Announces the Return of ‘The...
Broadway Stars Honored with Academy Award Nominations
Taylor Trensch, Danny Wolohan, and More Join the...
A Gay Road Trip Comes to The Brick...
Maude Apatow of ‘Euphoria’ is the Next Audrey...
Tony Award Winners to Star in ‘Hercules’ at...
Home Reviews Broadway Review: ‘How I Learned to Drive’
Reviews 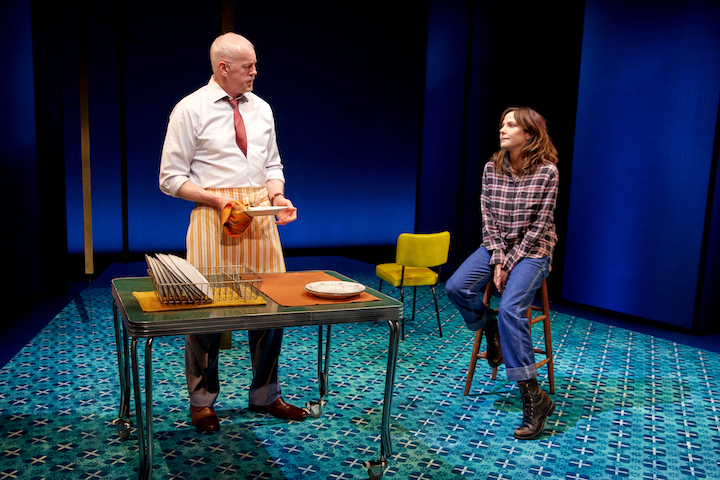 (l to r) David Morse and Mary-Louise Parker in ‘How I Learned to Drive.’ (Photo: Jeremy Daniel)

Hard as it is to believe, over the past couple of years, pedophilia has become the accusation of choice among American politicians seeking to quickly demonize their opponents with allegations of perversion. No need to list the examples. This au courant wave of concern about grown men (mostly) preying on underage girls (also mostly) thus contributes to our interest in seeing the Manhattan Theatre Club’s respectable Broadway revival of Paula Vogel’s provocative, Pulitzer Prize-winning How I Learned to Drive, originally presented at Off-Broadway’s Vineyard Theatre in 1997.

Making it even more piquant is the return—25 years later—of its original stars, Mary-Louise Parker (The Sound Inside), David Morse (The Iceman Cometh), and Johanna Day (Sweat), as well as director Mark Brokaw (Heisenberg).

The thing is, How I Learned to Drive—inspired by Nabokov’s Lolita—is no simple horror story of a monstrous adult taking unbridled sexual advantage of his victim. Instead, it’s a play of shifting moral ambiguity focusing not only on the shaded personalities of both predator and prey but on the disturbing family environment that enables this particular set of circumstances to arise. “I’m not a fool. I know what’s going on,” says an adult who should know better.

Ms. Vogel’s play, consisting of scattered memories narrated by a middle-aged woman from Maryland called L’il Bit (Ms. Parker), moves un-chronologically back and forth through the years 1962 and 1969. It explores the sexually abusive relationship between L’il Bit, and Peck (Mr. Morse), her alcoholic uncle from South Carolina. As the episodes proceed, L’il Bit ranges on the spectrum between pubescence and the cusp of legal adulthood.

L’il Bit is a nickname given to his niece in infancy when Uncle Peck joked about her genitalia. Similarly, like the grandfather, Big Papa (Chris Meyers), others in the family also have size-related nicknames of sexualized inspiration. Sex, openly discussed by her elders for L’il Bit’s edification, provides some of the play’s biggest laughs. Like other lessons she gets, what L’il Bit hears is decidedly retrograde. See, for example, L’il Bit’s mother’s (Ms. Day) speech: “A mother’s guide to social drinking.”

Brokaw’s staging involves minimal fuss. L’il Bit and Uncle Peck wear the same costumes (by Dede Ayite) throughout, albeit with slight adjustments. Others in their world — grandmother (Alyssa May Gold), grandfather, mother, and aunt (Peck’s wife; Ms. Day), and secondary persons — are played in differentiated costumes by a “Greek Chorus” consisting of Ms. Day, Ms. Gold, and Mr. Myers. All do very well, especially the Tony-nominated Ms. Day. The Chorus also precedes each scene with a title — like “Idling in the Neutral Gear” or “Shifting Forward from First to Second Gear” — that sounds as if it were lifted from a driving manual, but that also carries a subtext responsive to the scene. 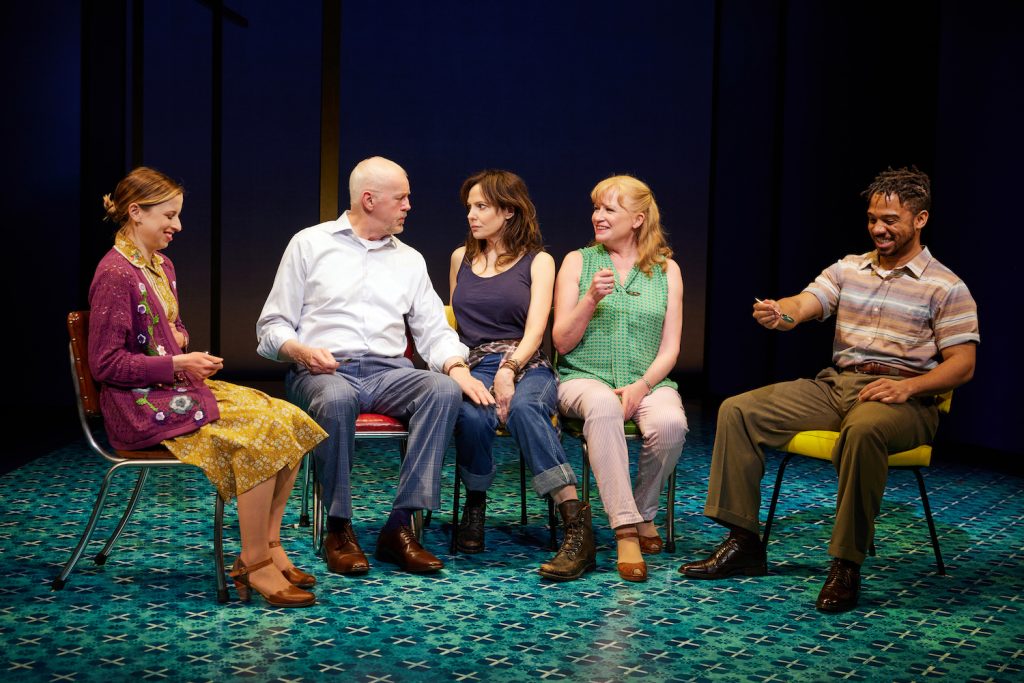 Rachel Hauck’s spare set of vertical panels and pieces of ordinary kitchen furniture (smoothly rearranged as needed by the Chorus) is painted in delicate colors by the lighting of Mark McCullough. Unmatched chairs serve as the car seats in which Peck takes advantage of L’il Bit during the driving lessons he provides.

Several scenes may unsettle some theatergoers, no matter how sensitively done. One example shows Peck taking photographs of the uncomfortable L’il Bit as if grooming her to one day model for Playboy. Another has him cuddling behind her on a hotel bed. Most disturbing is the lesson he gives his 11-year-old niece when he lets her steer while sitting on his lap. As such fraught encounters occur, L’il Bit—ineffably drawn to Peck — drifts between cautiously willing compliance (even allowing herself to get drunk) and frightened or annoyed resistance.

Her reactions are countered by her charismatic uncle’s passive-aggressive seductiveness. He insists he’ll do nothing to which she disagrees, and she’s willing to go just so far as long as he never “crosses a line.” Finally, after L’il Bit informs us of Peck’s fate while superficially resolving her own psychic conflicts, she feels free to explore the open road, her trip using everything he taught her. However, how far she’ll get is open to question, as she can still see him in her rearview mirror.

Mr. Morse, stolidly believable, restrained, and unflashy, is thoroughly convincing as the gently persistent, even kindly, older man with a penchant for young flesh (including that of a young nephew he probably molested); he beautifully manages the challenging trick of making Peck, for all his creepiness, almost sympathetic. Ms. Parker has an equally difficult job, perhaps more so. The 57-year-old actress must play several stages in adolescence while also enacting someone who always has — in the circumstances — opportunities to end her abuse.

How I Learned to Drive is a conversation starter. A friend and former critic argues that the play is not really about pedophilia but about the complex emotional relationship between an older man and his much younger niece. I strongly beg to differ. Let the conversation begin.

How I Learned to Drive
Samuel J. Friedman Theatre
261 W. 46th Street, NYC
Through May 29

If you or someone you know has been sexually assaulted, help is available. RAINN is the nation’s largest anti-sexual violence organization. RAINN created and operates the National Sexual Assault Hotline in partnership with more than 1,000 local sexual assault service providers across the country. Call 800-656-HOPE.