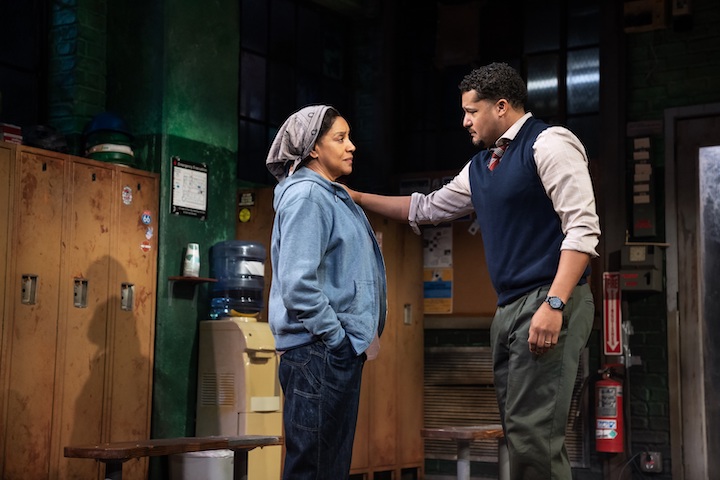 Detroit versus Everybody. That’s the slogan printed on T-shirts worn by the staff of Broadway’s Samuel J. Friedman Theatre, home to Tony-nominated Dominque Morisseau’s powerful play Skeleton Crew. Sure, it’s a clothing line and the title of a hip-hop/rap single, but it’s far more than that. It’s an ethos shared by the locals—including Morisseau—that suggests constant perseverance in the face of adversity.

Skeleton Crew is the final installment of the award-winning trilogy (The Detroit Project) about the playwright’s hometown and its role in a recent historical calamity. Due to rising fuel costs and fixed manufacturing costs, the automotive industry began hemorrhaging in 2008. Ultimately, it led to plant shutdowns and staggering job losses. Of course, it didn’t help that “The Big Three” automakers were based in Detroit. Morriseau shared a story about returning to her city in an interview with the NY Times. She had just offered money to a lady sitting in a car packed with her possessions.

“This is where people make cars. Now it’s become a city where people are living in their cars,” Morriseu said. That experience—along with friends and family who were affected by the crash—informed this deeply human piece. 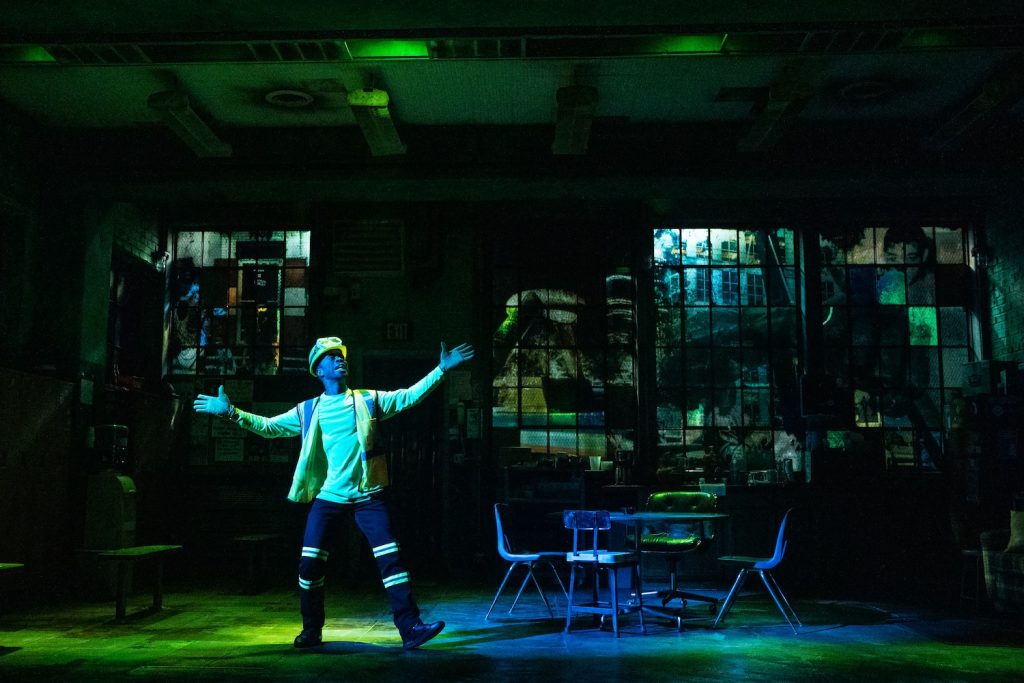 Five actors comprise the cast in this tightly woven tale, which originally made its New York debut in 2015 at Off Broadway’s Atlantic Theater Company. There, it was equally as riveting, but thanks to a larger budget, there is more heft to the Broadway production. There is also a mostly different cast, aside from one individual: An immensely talented dancer billed in the program as “Performer” (Adesola Osakalumi) who now has more opportunities to shine. As he pops and locks between scenes to Rob Kaplowitz and J. Keys’ percussion-heavy score, audiences will be mesmerized by his physical movement. There is also the addition of Nicholas Hussong’s vivid projections, constantly reminding us of the never-ending churn of industry (even if it ultimately spits us out).

What remains is Morriseau’s gift of words, all delivered with precision by this stellar cast. Phylicia Rashad stars as Faye, a sharp-witted, lifelong employee at the factory. On the surface, she’s tough as nails. However, as events unfold, her veneer starts to crack and she finds herself at the mercy of her boss, Reggie (Brandon J. Dirden). Faye and Reggie have tons of rich family history behind them, creating even more tension between the pair when downsizing begins. Chanté Adams and Joshua Boone round out the cast as Shanita and Dez, respectively. Shanita has a baby on the way, so the stakes are high. Dez is a diligent worker but also knows that unemployment looms. Tony Award winner Ruben Santiago-Hudson directs this well-oiled machine and keeps the movement taut and intense. There is never a moment when the gravity of the situation isn’t taking center stage.

Like any great dramatist, Morriseau takes us on an emotionally charged journey with characters that ride waves of feelings. She harshly reminds us that profits will always reign supreme over personalities but leaves us with the beautiful promise of human connection, compassion and loyalty.

Knock down Detroit, but its residents will endure.

Ryan Leeds is a freelance theater, food, and nightlife journalist who lives in Manhattan. He is the Chief Theater Critic for Manhattan Digest and a frequent contributor to EDGE Media Network and The Broadway Blog. Follow him on Twitter, Facebook, or Instagram.