Top Posts
‘Company’ to Hit the Road on North American...
Meet the Full Cast of ‘Shucked,’ Coming to...
Full Cast for ‘Parade’ Announced
Stephen McKinley Henderson Gives the Performance of His...
The McKittrick Hotel Announces the Return of ‘The...
Broadway Stars Honored with Academy Award Nominations
Taylor Trensch, Danny Wolohan, and More Join the...
A Gay Road Trip Comes to The Brick...
Maude Apatow of ‘Euphoria’ is the Next Audrey...
Tony Award Winners to Star in ‘Hercules’ at...
Home Reviews Reviews: Flying, but Not Soaring, Over Sunset
Reviews 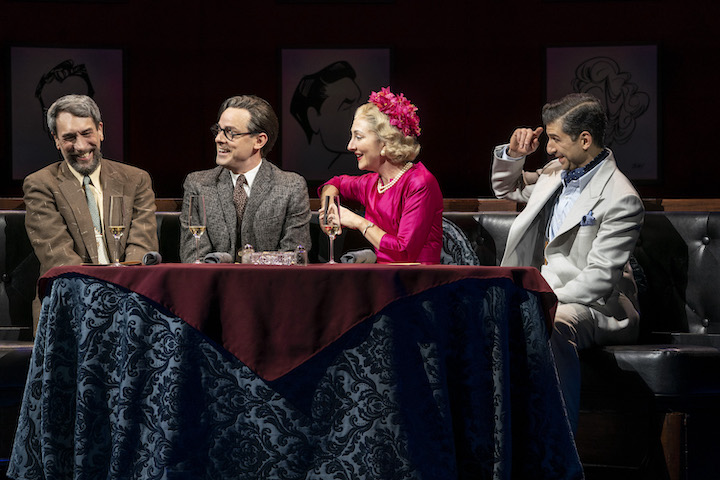 The first new musical to open at Lincoln Center Theater since the pandemic has taken flight but may be only hovering off the ground. Flying Over Sunset, now at the Vivian Beaumont Theater, boasts a powerhouse creative team: Pulitzer Prize, Emmy, and Tony Award winner Tom Kitt (Next to Normal) and Tony nominee Michael Korie (Grey Gardens) wrote the score, and Pulitzer Prize and Tony Award winner James Lapine directed and wrote the book. Then there’s the cast: Carmen Cusack (Bright Star), Harry Hadden-Paton (My Fair Lady), and Tony Yazbeck (On the Town) star as historical figures who take a hallucinatory trip into the human psyche.

Does it all add up? Only Charles Isherwood from Broadway News seems to think so. “While this adventurous journey into the psyches of celebrities on psychedelics has its longueurs, the score, the book, and direction are as accomplished as one would expect from such talents. And the production, from Lincoln Center Theater, is ravishingly beautiful, as this deep-pocketed company bravely puts its ample resources behind this decidedly unlikely project.” 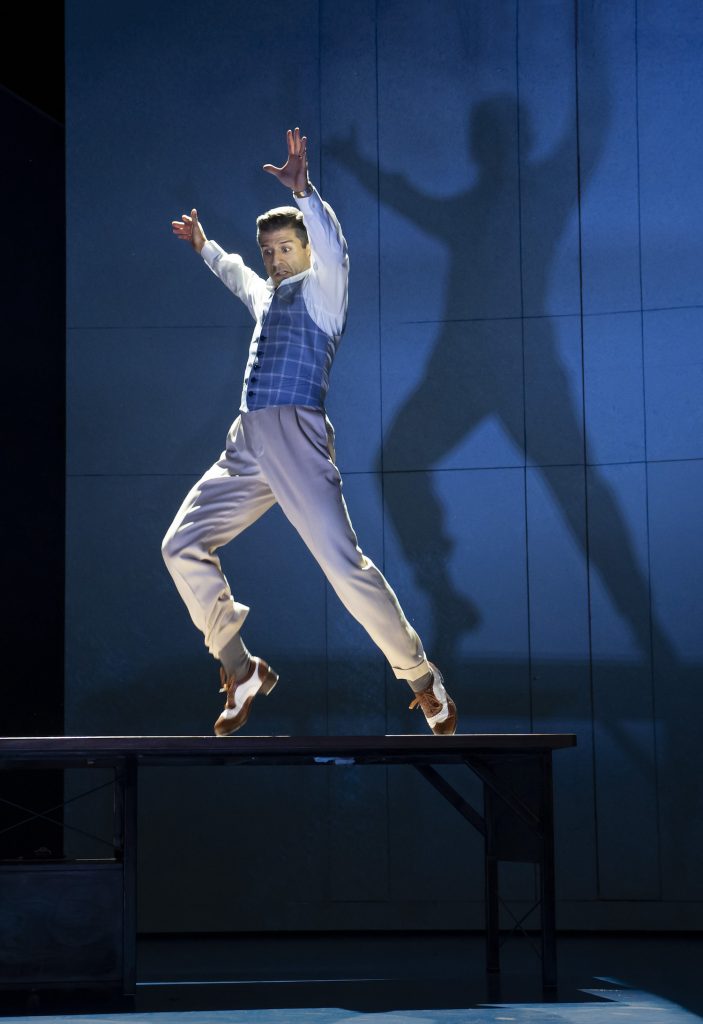 Other reviews were more middling. Jesse Green for The New York Times wrote, “Though sometimes mesmerizing, Flying Over Sunset is mostly bewildering, and further proof that transcendence can’t be shared.”

And in a three-star review for Time Out New York, Adam Feldman said, “If you’ve ever been cornered at a party by someone describing at length how high they are, when you yourself are not high, then you have some idea what awaits you at Flying Over Sunset. On a basic level, Flying Over Sunset has the War Paint problem of being about famous people whose lives had something in common but who mostly didn’t actually know each other. Even when they are gathered, their journeys remain individual ones.”

Feldman did praise the performances and staging, however, noting, “Yazbeck shares a thrilling musical-hall duet, choreographed by Michelle Dorrance, with his younger self (Atticus Ware), who is dressed as a girl; Cusack sings as beautifully as always, as does Laura Shoop as Huxley’s wife. And the staging is very handsome indeed: Beowulf Boritt’s expansive set, Toni-Leslie James’s costumes and Bradley King’s lighting are all first-class. But these elements can only distract so much from a show that would probably make more sense as a one-act in a smaller space. What a long, strange trip it is.”

Helen Shaw’s review for Vulture may have summed it up most pithily: “A trip, like a dream, is a private experience… But other people’s drug experiences die the moment you narrate them.”