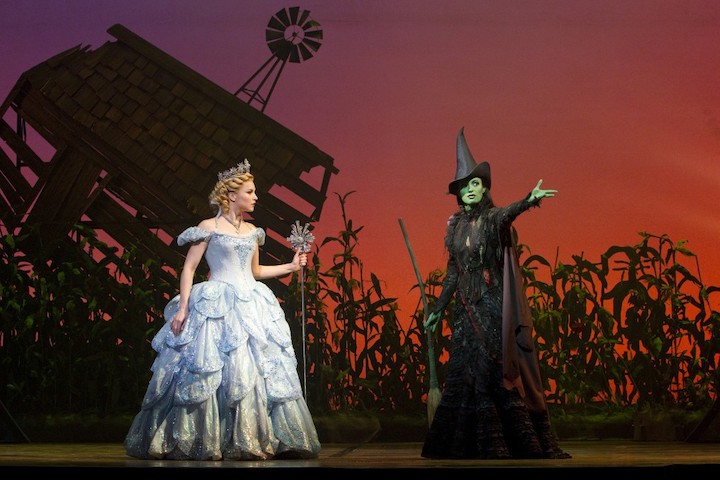 Wicked is returning, and hopefully for good! The Broadway smash flies back into the Gershwin Theater on Tuesday, September 14. Leading the cast are Lindsay Pearce as Elphaba and Ginna Claire Mason as Glinda. The Broadway Company of “Wicked”. Photo by Joan Marcus.

Wicked is based on the Gregory Maguire novel of the same name and explores what happened in Oz before Dorothy dropped in. Tracking two witches — one green and misunderstood, one frilly and popular — this Broadway blockbuster explores themes of friendship, female empowerment, and prejudice. Masks and vaccines will be required to see this musical, which features a book by Winnie Holzman, score by Stephen Schwartz, and direction by Joe Mantello. The original production starred Idina Menzel (who won a Tony Award for her portrayal of Elphaba, the Wicked Witch of the West) and Kristin Chenoweth, catapulting both to international fame. That production opened the day before Halloween in 2003 and went on to earn 10 Tony Award nominations, including one for Best Musical. A long-anticipated film adaptation helmed by In the Heights and Crazy Rich Asians director Jon M. Chu is currently in the works.