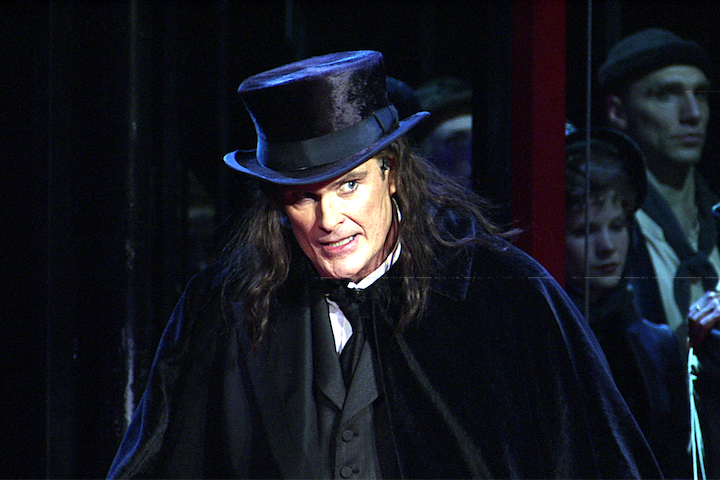 The evocative tale of love, lust, madness and murder that is Jekyll & Hyde: The Musical. Available to stream on BroadwayHD starting October 17.

Forget apple picking and pumpkin carving. What better way to celebrate autumn than with a ghoulishly delightful Broadway show? BroadwayHD is launching a binge-worthy lineup of performance perfect for a Halloween gathering or curling up on the couch with a hot cider.

Leading the charge is the eerie classic Sweeney Todd: The Demon Barber of Fleet Street, starring Tony Award winners Angela Lansbury and George Hearn as Mrs. Lovett and the vengeful Sweeney Todd.  On October 17, Jekyll and Hyde, starring David Hasselhoff in his Broadway debut, will make its way to the platform.

As part of BroadwayHD’s partnership with Stratford Festival, subscribers will also have access to the critically acclaimed Stratford Stage’s 2017 production of Macbeth on October 24, starring Ian Lake and Krystin Pellerin.

Additional scary streams include Patrick Stewart reprising his Tony-nominated take on the Scottish king in the 2010 Broadway production of Macbeth, as well as the campy hits Ruthless and The Toxic Avenger.

“It’s all treats and no tricks this month as we round out our library with these legendary shows that have proved to be audience favorites over the years,” said BroadwayHD co-founders, award-winning producers, and filmmakers Stewart F. Lane and Bonnie Comley.