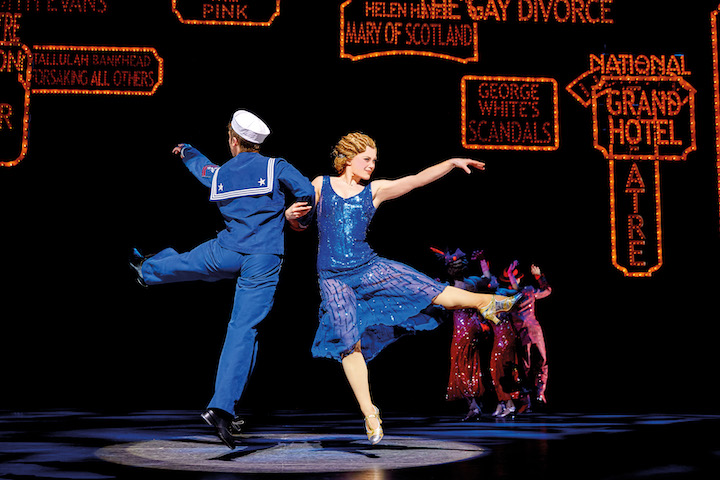 The difference between watching a musical on stage versus on screen? Well, it’s not the audience — those gathered at last month’s screening of 42nd Street at the AMC movie theater in Times Square behaved much as they would had they been in a theater. Raucous applause, cheers at long tap numbers, and whistles when certain actors appeared on screen.

This is exactly the crux of BroadwayHD’s programming. “We’re not replacing live theater,” said Bonnie Comley, co-founder of BroadwayHD with fellow producer Stewart F. Lane, at the screening. Rather, the company is making renowned theatrical productions available to a wider audience and paying tribute to their lasting impact. Catering to both local and faraway Broadway lovers, the streaming platform provides a place for theater fans to delve into production history and rediscover musicals and plays from the Golden Age to today.

BroadwayHD, a paid streaming platform with monthly or yearly subscriptions, has a stunning array of theater from around the world. Its format, in the ilk of Netflix or Hulu, allows users to scroll through available shows, and read more about the performances. The collection ranges from productions from the 80s to shows currently Off-Broadway.

Through partnerships with prestigious theatrical organizations including Roundabout Theatre Company, The Public Theater, Manhattan Theatre Club, The Geffen, and Lincoln Center for the Performing Arts, the digitization makes Broadway and beyond more accessible.

BroadwayHD’s production of 42nd Street, which played a 21-month run on the West End before closing this January, is ravishing and beautifully done: the cameras (eight in total) sweep across the stage, taking in the full effect of 42nd Street’s intense tap routines, as well as close-ups during solos and emotional parts of the piece, all filmed in 4K. The quality of the production translates well over film as the medium upholds the humor, precision, and charisma of the cast.

“It’s a bit exhausting, watching that,” said one of the ensemble members present at the screening. “I’m getting tired, remembering all those steps!” Another ensemble member laughed and agreed.

In addition to 42nd Street, BroadwayHD streams a range of BBC interviews with theater legends such as Arthur Miller, as well as concerts, and other theatrical productions from around the world. You can see some of Broadway’s current stars such as Stephanie J. Block, Kelli O’Hara and Nathan Lane in past roles.

Upcoming releases include the 25th-anniversary production of Miss Saigon, CATS, Les Misérables, and much more.

So the next time you’re kicking yourself for missing the limited run of a show on Broadway, take a spin through BroadwayHD’s digital library and relive these incredible theatrical experiences. Living room standing ovations are encouraged!