Top Posts
Broadway Review: ‘Skeleton Crew’
‘B is for Broadway’ Feb 1 Release to...
Broadway Photographer Matthew Murphy Heads Underground to Help...
Keala Settle Heads to West End to Join...
‘The Kite Runner’ Heads to Broadway for Limited...
First Look at Audible’s ‘Long Day’s Journey Into...
Robert Cuccioli Stars in ‘A Touch of the...
Tim Rice Teases that ‘Chess’ May Come to...
‘Girl From the North Country’ Announces Closing, Sort...
NYC Broadway Week 2-For-1 Tickets Now on Sale
Home Buzz Camille A. Brown to Direct ‘for colored girls…’ on Broadway
Buzz 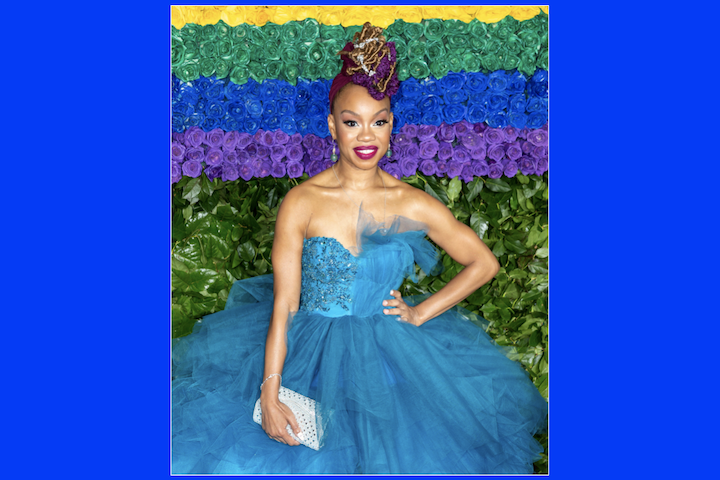 Award-winning choreographer Camille A. Brown has announced she is directing a Broadway revival of Ntozake Shange’s famed choreo-poem for colored girls who have considered suicide/when the rainbow is enuf.

Brown, who choreographed both the 2017 Broadway revival of Once on This Island and the 2019 production of Choir Boy, has also worked Off-Broadway, including at Playwrights Horizons (Bella: An American Tall Tale) and The Public, where she choreographed its 2019 production of Shange’s play. Brown announced the news on Instagram, adding in the caption, “As of 2022, it will have been 67 years since a Black woman has directed and choreographed a production on Broadway.”

Brown continued, “This show has been part of the fabric of my life, and I’m gonna give it my all! I’m extremely thrilled and honored to helm this new production of FCG. It’s an amazing feeling to bring this seminal show back to Broadway 45 years since it opened at the Booth Theatre on September 15, 1976. I look forward to diving into the divine Ntozake Shange’s choreopoem and celebrating her legacy.”

for colored girls who have considered suicide/when the rainbow is enuf consists of a series of poetic monologues accompanied by dance movements and music. The stylistically unique play tells the stories of seven women who have suffered oppression in a racist and sexist society. As a choreopoem, the piece is a series of 20 separate poems choreographed to music that weaves interconnected stories of love, empowerment, struggle and loss into a complex representation of sisterhood. The cast consists of seven nameless African-American women only identified by the colors they are assigned.  Tyler Perry adapted the work into a 2010 film.

Brown was nominated for a Tony Award for Best Choreography for her work on Choir Boy. Tickets, casting, and dates for for colored girls who have considered suicide/when the rainbow is enuf are yet to be announced.